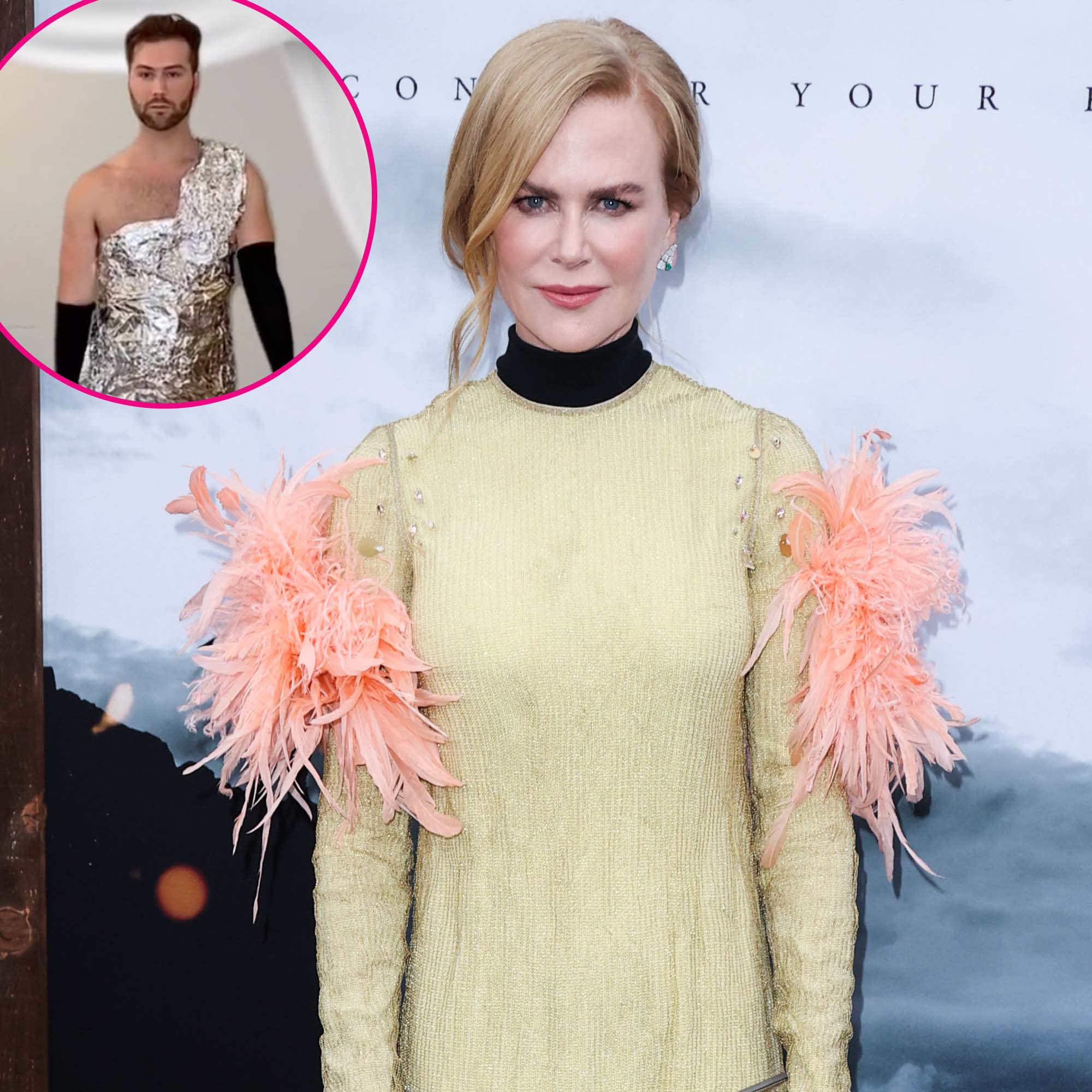 TikTok creator Corey O’Brien has done it again! The social media star, who is known for poking fun at celebrities, recreated Balenciaga’s star-studded 2022 Haute Couture show from the comfort of his home.

About Last Night: See the Best Dressed Stars on the Red Carpet and Beyond

In the video, which was posted on Monday, July 11, O’Brien, 31, emerged on screen covered in aluminum foil. Using TikTok’s green screen effect to make the background look like the Paris Fashion Week event, the influencer strutted his stuff just as Nicole Kidman did at the big event. He even sported a pair of black ballroom gloves and black boots to mimic the Big Little Lies star’s metallic, one-shoulder gown and accessories.

Next, O’Brien copied Kim Kardashian‘s all-black runway moment. The reality star, 41, walked in a sleek, black, figure-hugging corset top — which was finalized with gloves — and a wrap skirt. Her outfit also included a look she’s become synonymous with: the luxury label’s pantaboots.

O’Brien didn’t stop there, of course. He also recreated Dua Lipa‘s yellow mini dress with a tank dress. To imitate Naomi Campbell‘s dramatic balloon gown, O’Brien draped himself with trash bags, taping the plastic product together at his waist and neck.

“Let’s get em, girls,” he captioned the video, which has since gone viral. “You are SO CREATIVE and the amount of work you put in never ceases to amaze me!! Bravo!!” a TikTok user wrote in the comments section of O’Brien’s post. “Lol the fact that the outfits be too accurate,” wrote another fan.

“At this point Reynolds Wrap needs to sponsor you,” a different social media user said of O’Brien’s use of foil.

On July 6, Kardashian, Kidman, 55, Lipa, 26, Campbell, 51, and more stars surprised guests on the catwalk at the Balenciaga show.

“Walked in my first Paris fashion show and a COUTURE show at that!!! Thank you @Balenciaga @Demna,” Kardashian wrote over a clip of her runway debut via her Instagram Story that day.

If you’ve been keeping up with Kardashian, you know the Selfish author has been stepping out in head-to-toe Balenciaga ensembles since October 2021 ahead of her Saturday Night Live hosting gig. She officially became the face of the label in February and has quickly created a signature look with the Balenciaga pantaboot. She has rocked an array of different pantaboot designs from the fashion house in almost every color.