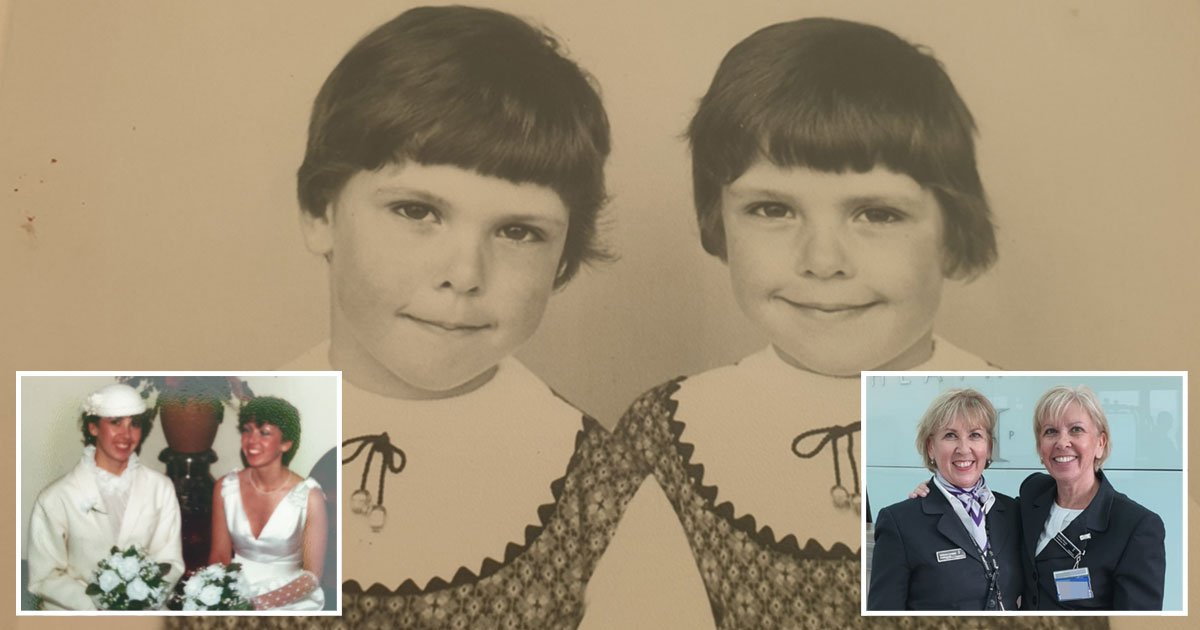 A set of identical twins who had a joint wedding have now moved into the same housing block to be closer to one another.

Ade said: ‘There’s a real community feel to the development, and Crowthorne as a whole, so it really suits us.

‘Both Sonia and I are very happy there and I love being so close to her.

‘We’ve been joined at the hip from day one and I wouldn’t have it any other way.’

The pair have always been close and shared a room as kids until they were 10 years old.

They even tied the knot with their respective partners at a double wedding – before travelling to Miami for a joint honeymoon.

Sonia said: ‘It just seemed natural to have our weddings together. Weddings are expensive and we both thought it was more practical.

‘It was probably good for our family and friends too, only having to attend one event. We just had the one congregation. I stood up with my partner first and recited vows, then Ade did the same.’

The sisters are both now separated from their husbands – but work at the same airport together. Sonia became a member of staff at Heathrow airport in 1980 and five years later, Ade joined.

This can sometimes be a little confusing for colleagues and travellers.

Sonia said: ‘A lot of the time we do back-to-back shifts, so we’ll see each other during the shift changes, but every so often we get to work together.

‘A lot of the regulars we have travelling through don’t realise that there are two of us – it’s quite funny.

‘A former prime minister used to fly through a lot and we served him for years before he noticed we were twins.

‘I always used to say Ade had bigger boobs and I had bigger earrings. But people always get us mixed up.

‘When I see strangers waving at me in the street I just wave back, because they’re probably someone who knows Ade.’

So not only do the twins work together but they now practically live together, too – with just a five-minute walk between them.

Ade said: ‘I’d gone through the process with Sonia when she bought her house.

‘She looked at a few developments and was living with me at the time, while house hunting.

‘She stayed with me for eight months before she found the development we both ended up choosing.

‘Sonia lives in phase one and I’m in phase two, but we’re only a stone’s throw away from each other. I don’t think it takes even five minutes for me to get to her house.’

Get in touch at [email protected]