The Victorian government has vowed to fight any attempts by the federal government to override state-based anti-discrimination laws.

Prime Minister Scott Morrison plans to introduce the Religious Discrimination Bill to Parliament personally within days to deliver on a pledge three years ago to protect religious freedom. 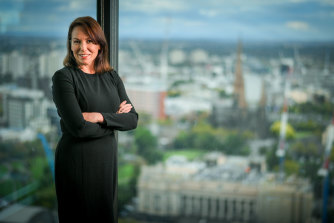 Victorian Attorney-General Jaclyn Symes has a close eye on the Religious Discrimination Bill being debated in Federal Parliament.Credit:Eddie Jim

Victorian Attorney-General Jaclyn Symes said while it was a “little unclear” what the federal government’s intentions were for the bill, she would not rule out any action – including a High Court challenge – to fight state laws being overridden.

“I have sought advice from my department in relation to the draft bill and what it may mean for Victorians,” she said during a press conference on Wednesday.

“But what I will say is if there are any attempts to water down the Victorian laws, which aim to protect people in organisations from being discriminated against based on their sexuality, their marital status, etc., then I will be very firmly opposed to any measures that do that.”

She said the Victorian laws, which she hoped would pass the Legislative Council next week, were “all about ensuring that we balance religious freedom with the rights of people to live the way [that they want] and be who they are”.

The federal bill, if passed, would shield people who make a statement of belief as long as it is made in good faith, is in line with the teachings of their religion, is not malicious and does not vilify or harass.

The revised federal bill includes a new provision to protect the right of religious schools to positively discriminate in their employment practices. The intention is to override state laws, including those being pursued by the Victorian government.

The federal bill was recently scaled-back, with the so-called Israel Folau clause scrapped last month. The clause would have prevented employers acting against employees, as Rugby Australia did when it terminated Folau’s contract in 2019 after the rugby union player stated online that God’s plan for gay people was for them to “[go to] Hell … unless they repent of their sins”.

In contrast, Victoria’s proposal would see religious schools in the state prohibited from sacking or refusing to employ teachers because of their sexuality or gender identity.

The federal government has said, though, that while religious educational institutions must have “a publicly available policy in relation to conduct in the context of employment”, teachers could not be sacked because of their sexual identity.

It is for this reason the bill’s supporters say it could sit alongside state legislation, with no impact on whether employees were fired based on their sexuality or gender identity – only on whether they were hired.

“If you have a requirement for someone to have a particular religious belief [as] an inherent requirement of that role, then that’s appropriate,” Ms Symes said. “But it is inappropriate to discriminate; to sack someone, purely because they are gay, divorced or single parent for example, and our laws firmly explain that.

“If the federal laws, in any way, take away those rights to those people, then I would be firmly against that, and I would take all legal advice and the options available to Victoria to defend the rights of those people.” 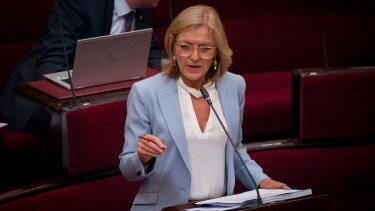 Victorian Upper House MP Fiona Patten said if the federal bill were to pass in any form that threatened to override Victoria’s anti-discrimination laws, the state government should launch a High Court challenge.

“This [federal] bill tramples human rights and states’ rights,” the Reason Party leader, who partially holds the balance of power in the upper house, said.

“Were it to pass, it would sideline Victoria’s anti-discrimination tribunal, and, in effect, create and enshrine a right to be a bigot

“In fact they don’t just overrule Victoria’s anti-discrimination laws, they effectively redefine them. This is completely out of step with the principles of our federation.”

Federal Labor on Wednesday said it would back the new national powers to enshrine religious freedom, but called for stronger protections for LGBTI Australians.

Fascinating answers to perplexing questions delivered to your inbox every week. Sign up to get our new Explainer newsletter here.