A COUPLE from Exeter saved for 18 months to buy their £245,500 three-bed house by the time they both turned 21 – but the saving game isn’t over yet.

That’s because a year after getting the keys to their first home, Megan Cross and her partner Jake, both 22, bought their home through the shared ownership scheme. 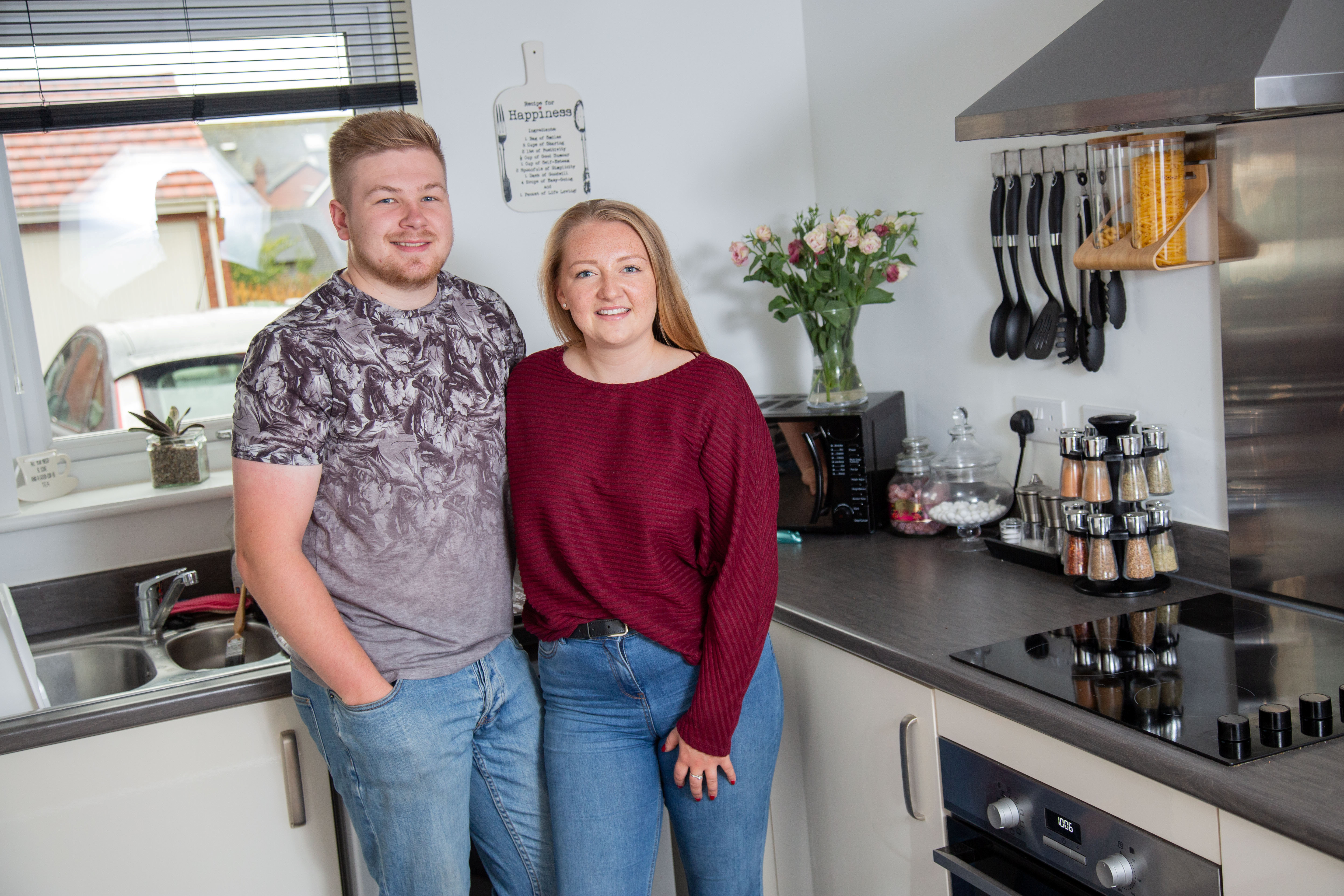 The couple own a 50 per cent share in the home, meaning they pay rent to a housing association that owns the other half.

Megan, a property salesperson, and Jake, an insulation installer, saved around £600 a month to be able to afford the £7,000 deposit for their home.

Now they’re tucking away £300 a month in the hope that they’ll be able to afford to buy the remaining share next year.

But staircasing – the process of buying more shares in a shared ownership property – can be expensive.

The won’t be entitled to the first-time buyer stamp duty relief again, even though the property is still under the threshold, because it will count as a second purchase. 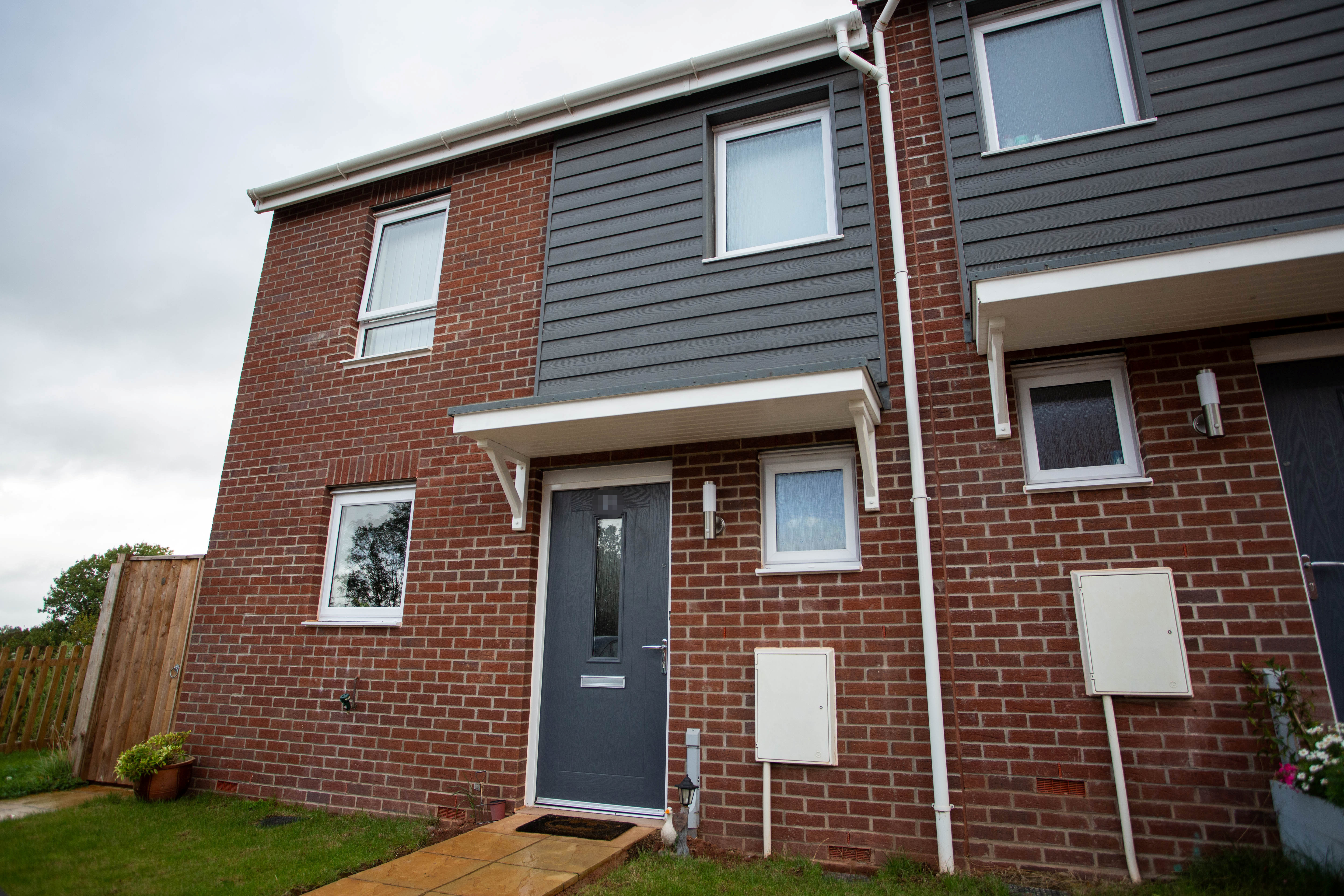 They also face forking out thousands of pounds for a second round of legal and solicitor fees.

But despite this, the couple say it’s worth it to get on the property ladder in their early twenties, and see it as more of an investment than buying a smaller home outright.

We sat down with Megan, a property salesperson, for this week’s My First Home.

It’s a three-bed house on a brand new cul-de-sac in Pinhoe, Exeter. The downstairs is all open plan, and it opens out into the garden.

Upstairs, there’s the master bedroom and bathroom – and then two spare bedrooms. One is a double and the other is a single room.

It’s perfect for us. We live with our three cats and we really love it. 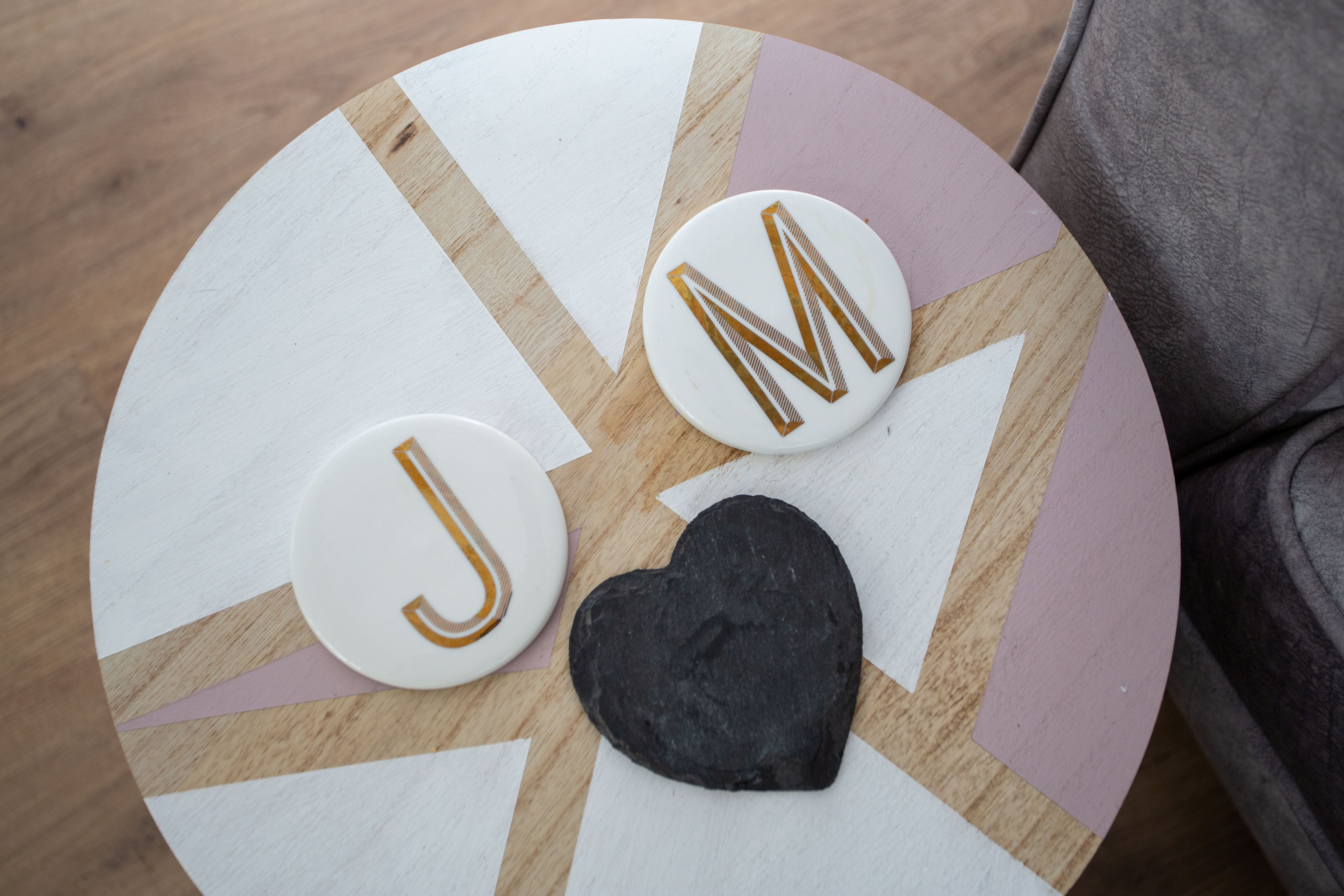 We bought all new furniture when we moved in too because we wanted to really make it our own.

How much did you pay for the property?

We paid £242,500 for the property – and we own half of that. The developers, Aster, own the other half under a shared ownership scheme.

Our monthly mortgage repayments are £506. We then pay an additional £289 each month to Aster for the rent on their half. 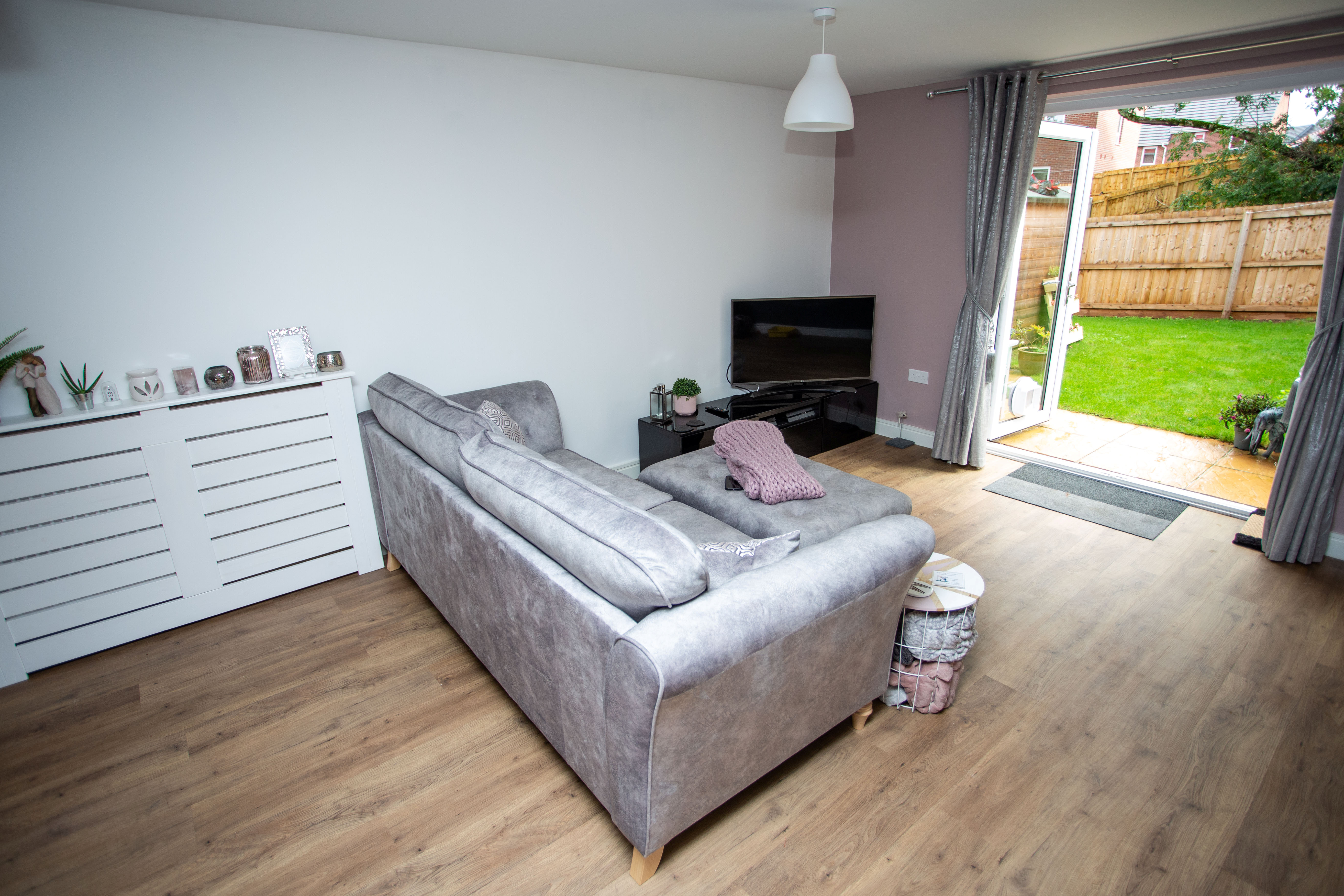 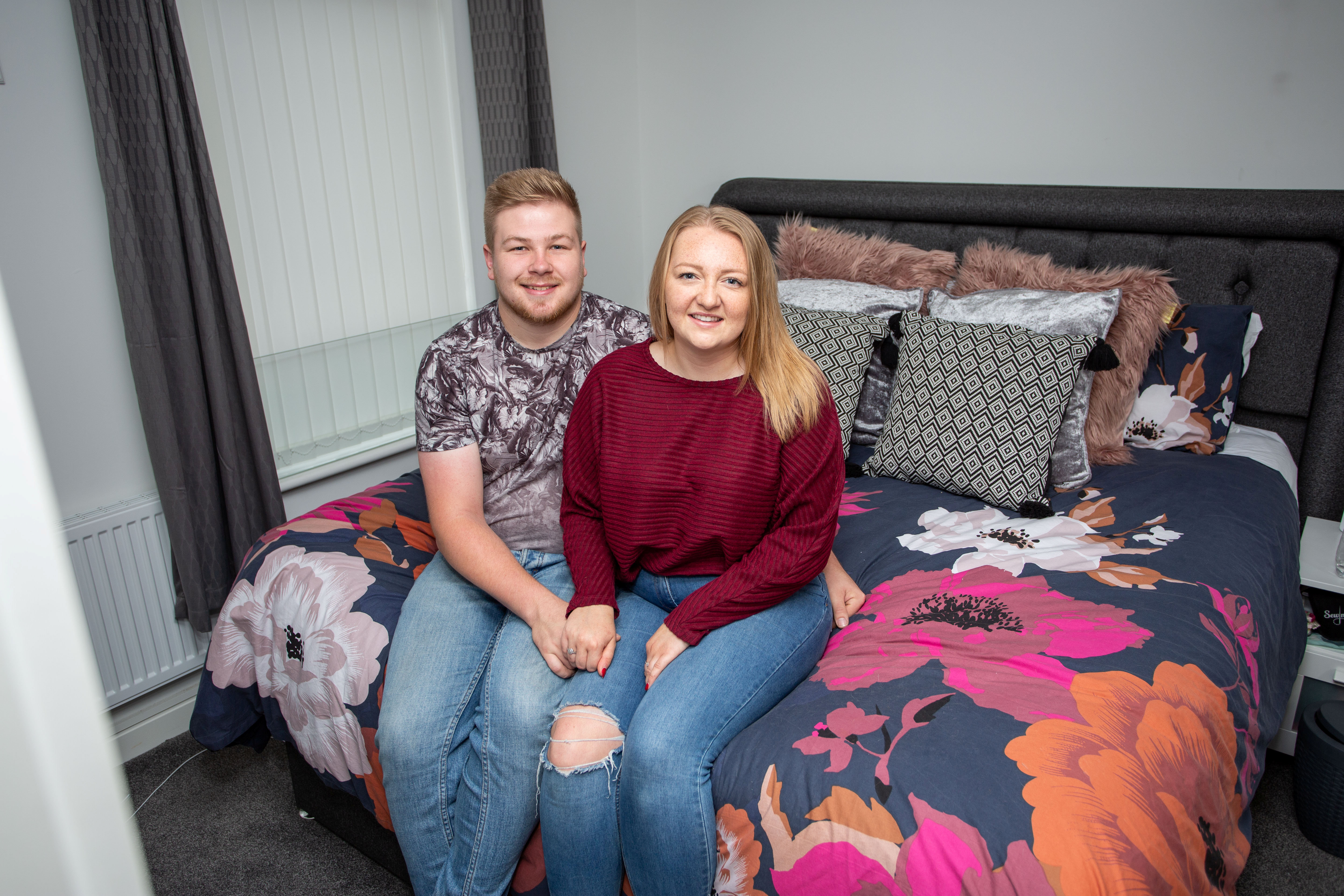 Our monthly outgoings are still a good £300 cheaper than they would be if we rented a house this size in the area.

We tied into a two-year-fixed rate mortgage, which is up next year.

How much did the total move cost you?

We didn’t have to pay stamp duty because we are first time buyers and the total value of the home was under the £300,000 threshold.

We decided to redecorate the whole property, as we had savings leftover and we wanted to make it feel like our own.

What help is out there for first-time buyers?

GETTING on the property ladder can feel like a daunting task but there are schemes out there to help first-time buyers have their own home.

Help to Buy Isa – It's a tax-free savings account where for every £200 you save, the Government will add an extra £50. But there's a maximum limit of £3,000 which is paid to your solicitor when you move.

Help to Buy equity loan – The Government will lend you up to 20 per cent of the home's value – or 40 per cent in London – after you've put down a five per cent deposit. The loan is on top of a normal mortgage but it can only be used to buy a new build property.

Lifetime Isa – This is another Government scheme that gives anyone aged 18 to 39 the chance to save tax-free and get a bonus of up to £32,000 towards their first home. You can save up to £4,000 a year and the Government will add 25 per cent on top.

"First dibs" in London – London Mayor Sadiq Khan is working on a scheme that will restrict sales of all new-build homes in the capital up to £350,000 to UK buyers for three months before any overseas marketing can take place.

Starter Home Initiative – A Government scheme that will see 200,000 new-build homes in England sold to first-time buyers with a 20 per cent discount by 2020. To receive updates on the progress of these homes you can register your interest on the Starter Homes website. 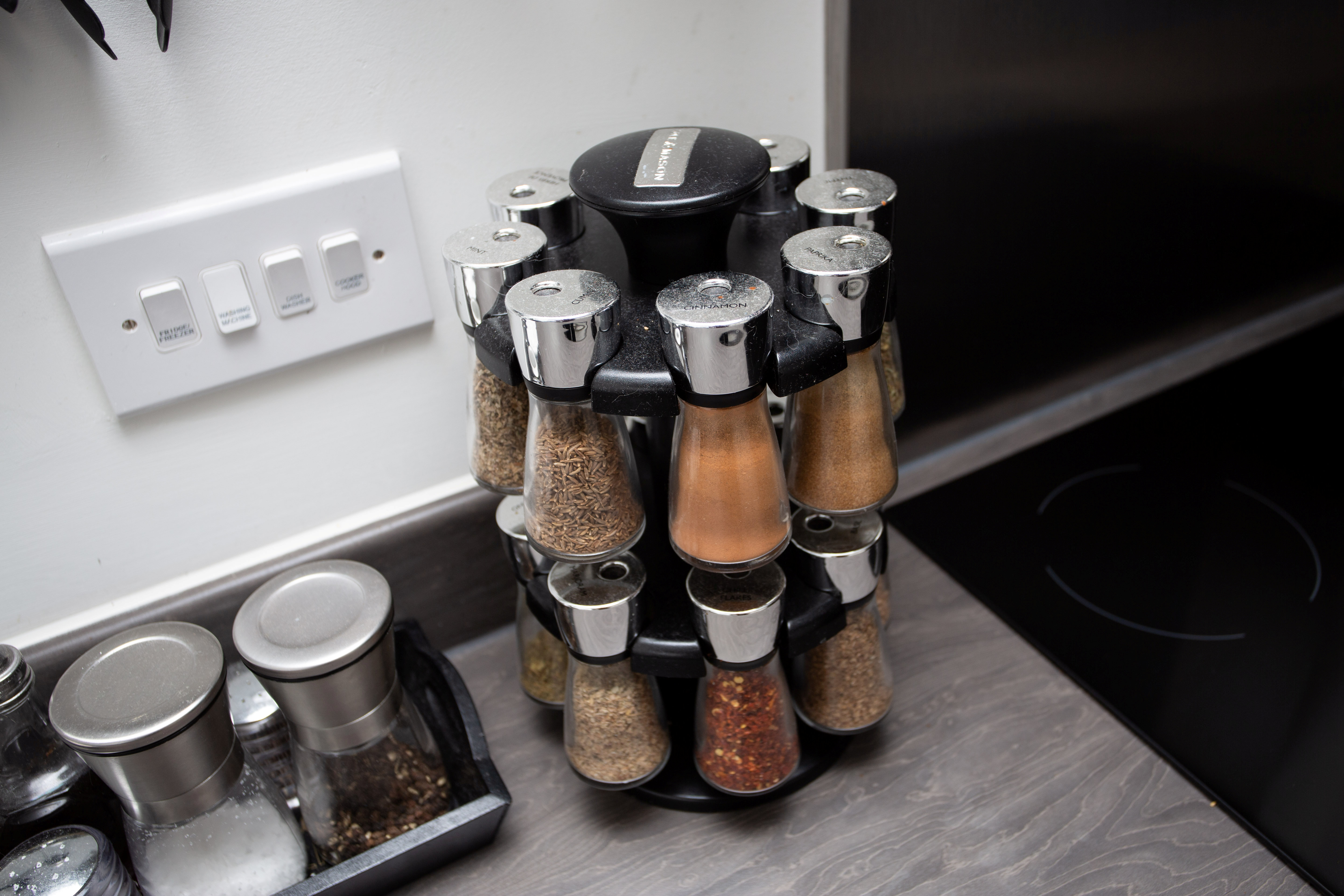 We’ve actually just redecorated again and got a new sofa, as we still had some savings leftover – and we didn’t really like what we’d done before.

I don’t have much of an eye for design but we do love it now though.

How did you save enough for the deposit?

We were really lucky because we were both still living with our parents when we started saving.

We knew that we wanted to move out but I didn’t want to rent anywhere as I see it as dead money.

I left myself with £600 a month to live off, which included the £150 a month I paid my parents for rent.

It meant I could put the other half of my pay check – around £600 a month – into savings.

I’d never be able to save that much now. 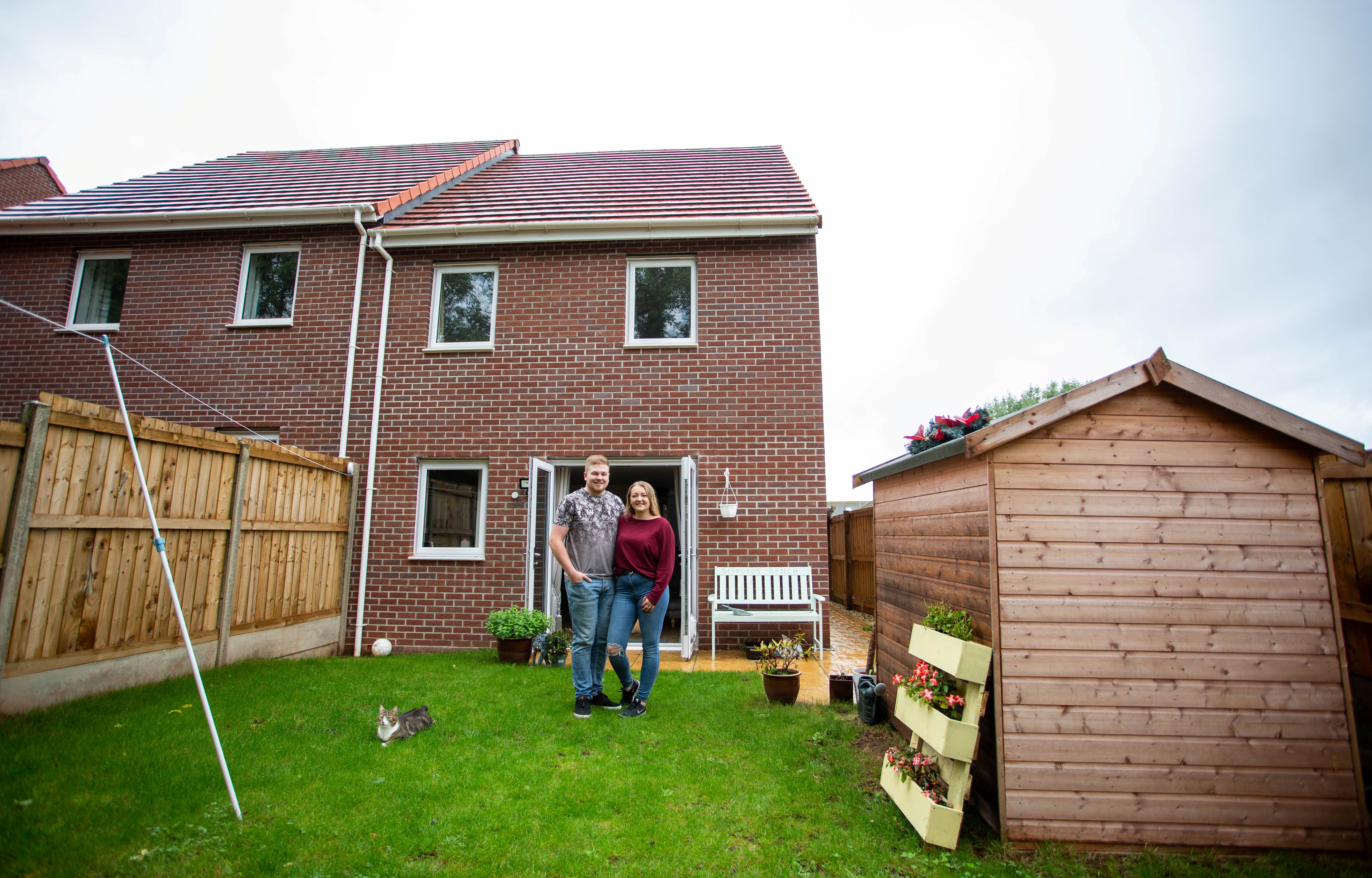 I put some of my savings – the maximum £200 – in a Help to Buy Isa for 18 months while Jack put money into one for six months.

It meant that in total we got a top-up of £1,200 from the government which helped pay for the solicitors fees.

We were really lucky that we didn’t have to give up too much – I was still able to go out on weekends and get my nails done every now and again.

Living at home meant I didn’t have any real outgoings, like a car that I needed to pay for or any big bills.

We set ourselves a goal of two years. We probably could have done it sooner if we’d given up more but we didn’t want to be miserable while we saved.

Why did you decide to go for a shared ownership property?

We probably could have afforded to buy a one- or two-bed flat outright with the deposit we had.

But we thought that buying somewhere smaller would mean that we would have sold it after a few years when we wanted to upsize.

We felt we would get more from buying a share in the property and staircasing at a later date when we can afford to.