From an animal behaviourist who provided guidance about the royal dogs for years, an intriguing insight… ‘Yes the corgis will grieve for the QUEEN of the pack’

Dr Roger Mugford, one of Britain’s leading animal psychologists, first met the Queen in 1983: ‘I received a referral from a veterinary surgeon.’

The notes from the vet described ‘a lady in Windsor who had a large number of dogs, with a history of repeated dog fights, and humans suffering puncture wounds’.

A day before the appointment, Dr Mugford was advised the client was, in fact, Her Majesty the Queen. ‘Members of the household had been bitten breaking up dog fights, including the Queen Mother, whose Dachshund-Corgi cross ran with the pack belonging to her daughter.’

And it was quite a pack: ‘There were nine when I was present. 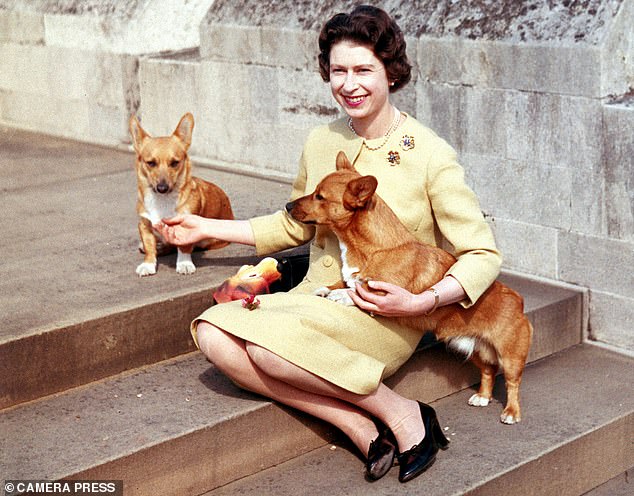 The Queen with two of her pets in 1962. Britain’s leading animal psychologist Dr Roger Mugford met the Queen in 1983, he explains how her dogs will grieve her passing

‘Coping with nine dogs in a fight would bequite a challenge for anyone…’ he says, with dry British understatement.

The Queen had more than 30 Corgis during her reign, and while she loved her horses and her working dogs, it was the Corgis and the Dorgis (those famous Windsor-bred accidental dachshund/corgi crosses) that were physically closest to her — arguably closer than friends, even family.

While she kept separate rooms from her husband, apparently the dogs sometimes shared the royal bedchamber.

The second Elizabethan Age saw them everywhere: their little legs leaping down the steps of her air transport, or being carried up them by liveried handlers; they appeared snoozing on her bed as she sipped her morning tea; under her desk as she read documents of state, and on the sofa as she posed for informal portraits, as well as photobombing the formal ones, like that with the England rugby team at Buckingham Palace after they’d won the 2003 World Cup.

In the background of those country shoots with kilts and sturdy shoes, little toast-coloured hillocks can often be spotted. The Queen’s furry entourage followed her around, as Princess Diana so famously said, ‘like a moving carpet’.

‘Canines aren’t like humans and it is not at all helpful to anthropomorphise their emotions,’ says Dr Mugford. Still, one can’t help wondering how they are faring now. Will her remaining dogs be experiencing a sense of loss? 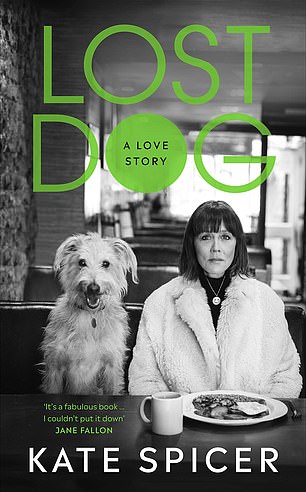 Often reported signs of a dog’s ‘grief’ include looking around for the person, retreating to a spot where they slept or sat, eating less and sleeping more.

Dog behaviourist Winkie Spiers regularly sees evidence in dogs of what we might call grief: ‘It manifests as stress and anxiety; their rock is gone.

‘They have a fully functioning limbic system — the area in the brain that deals with emotion, as well as arousal and memories. Dogs feel and know things. They can have a sort of precognition; when people are dying, they know.’

Dog behaviourist Janine Davenport agrees. ‘They will notice her not being there and will have an emotional reaction to a human not returning, but they will not understand why. Consequently, they may wait at a similar or usual place each day for the return of the deceased human. You could call this a “grieving” stage but it may not last long.’

Dr Mugford, however, has faith in the Queen’s dogs’ resilience. ‘We can certainly imagine that a dog will, to use the human term, “grieve” but if they’re in a sociable and busy household, which these dogs very much were, they likely will not go into a great decline.’

Certainly, the Queen was alert to the cruelty of leaving dogs behind after her death. Sharing with many dog owners a sensitivity not to leave dogs behind, she told horse trainer Monty Roberts in 2015 that she would have no more new dogs.

Despite this, Prince Andrew and his daughters gave her two Corgi puppies to comfort her after the death of her husband last year.

The Queen’s dresser and confidante, Angela Kelly, said at the time: ‘I was worried they would get under the Queen’s feet, but they have turned out to be a godsend. They are beautiful and great fun, and the Queen often takes long walks with them in [­Windsor’s] Home Park.’

According to reports, Princess Beatrice and her father were regularly walking the dogs at Balmoral in the months leading up to the Queen’s death. And it’s been confirmed that the Duke of York’s household will take the Corgis.

According to Dr Mugford, they will have their work cut out.

‘Corgis are a working breed, designed for a hard life driving cattle on Welsh hills. I can assure you that the Queen’s Corgis were not treated like lapdogs.

‘My first childhood Corgi [Dr Mugford has owned three] was a cattle-driving working dog. Corgis herd cattle by nipping at their tough heels. If you ran and they couldn’t stop you, they would nip. One can see how a guardsman would be very tempting.’

Dr Mugford was an admirer of the ‘lady in Windsor’ and her canine husbandry, but he does not suggest her dogs were perfect.

‘The Queen became something of a collector of dogs,’ says Dr Mugford. ‘At one point, the pack count got up to an eccentric 11.

‘She told me she would drive herself and her dogs in a beat-up old estate car — a Vauxhall, I think — from Windsor up the M4 to Buckingham Palace.

‘She was very open discussing her favourite subjects: dogs and horses. Prince Philip suggested she should bring numbers down, and she could have saved herself my fee because that was my advice to her, too. Especially as she travelled a lot, and care for her dogs fell to others who were not as proficient as she was.’

There were only three dogs left in the Queen’s household pack when she died: two Corgis, Muick and Sandy, and a cocker spaniel, Lissy.

For all the staff who helped manage them (two footman at Buckingham Palace were apparently allocated to the Corgis alone, known as Doggie One and Doggie Two) and all the weeks that she might be away, Dr Mugford says it was still the Queen they responded to as boss.

‘Absolutely, she was the authority in the group [of dogs]. The way in which at mealtime, she personally supervised the food and they were all lined up, sitting in a semi-circle, showed a degree of control even I would find hard to emulate.’

Her training style, he says, ‘was firm and authoritative, in the Barbara Woodhouse style. In most of photos you see of her with them, they are off lead.

‘They were certainly free all the time I saw them. That shows substantial authority, to manage nine dogs off lead. She was firm and kind, and she treated them all as individuals.

While most of the dogs had a very sound relationship, occasional fights broke out,’ Dr Mugford adds. ‘One, Chipper, tended to pick fights with the others. Dog fights are really scary and a surefire way to be bitten.’

The Queen took Dr Mugford’s advice to reduce the size of the group — choosing to let her beloved ‘carpet’ naturally decrease in numbers as they died. Chipper was rehomed to Princess Anne.

He provided expert witness for Dotty’s owner, Princess Anne, when she was prosecuted under the 1991 Dangerous Dogs Act. His account — which proved the dog had not intended to bite a young boy in Windsor Great Park, but his bicycle wheels — saved Dotty from death row.

‘The informality, the plain funniness of a group of dogs was clearly a source of constant amusement to the Queen,’ says Dr Mugford, a specialist in the psychology behind the human/animal bond.

Alexander Pope, the 18th century satirist, rarely went anywhere without with his guardian and trusted ally, a Great Dane called Bounce, and once said: ‘Histories are more full of examples of the fidelity of dogs than of friends.’

When the Queen’s great-grandfather, King Edward VII, died in May 1910, his loyal wire fox terrier, named Caesar, roamed the corridors of Buckingham Palace looking for his master.

Caesar went on to walk behind the coffin at his master’s funeral, beside a Highland soldier and ahead of heads of state.

Perhaps we can expect the same at today’s funeral of a Queen, who so clearly found solace in the companionship of her dogs.