On Jan. 17, BTS released their powerful and haunting single “Black Swan.” Hours after the single’s release, The Late Late Show with James Corden announced that BTS will perform “Black Swan” on the show. We’re so excited for the performance the anticipation is killing us. 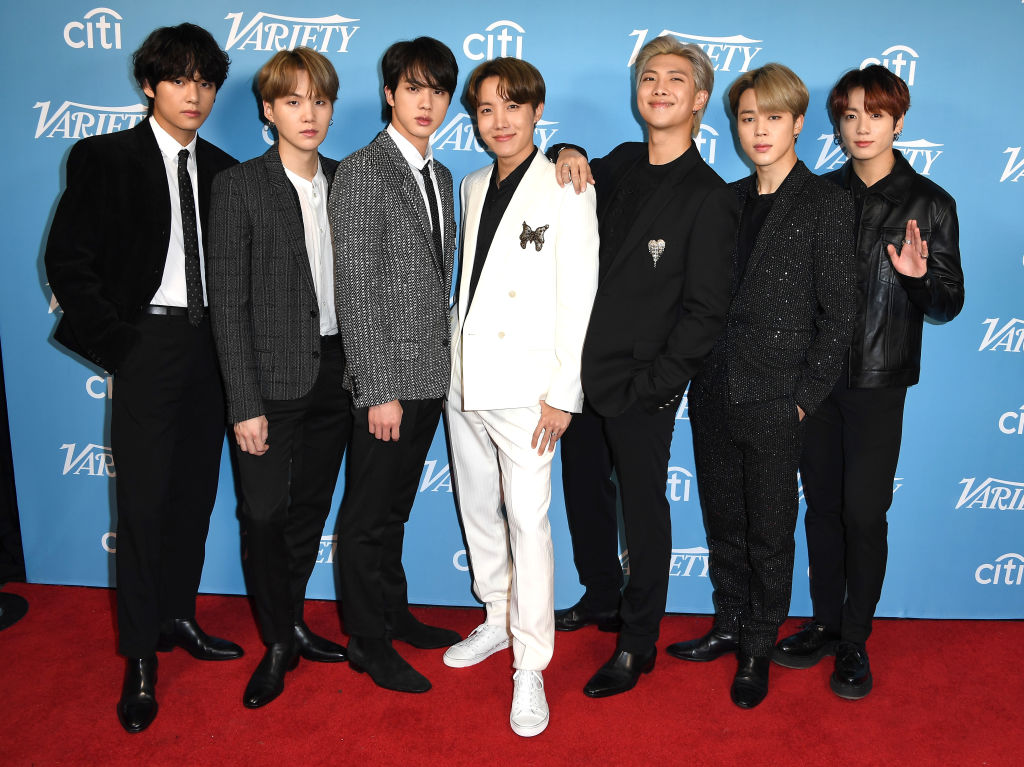 The performance takes place on Jan. 28

In addition to releasing the digital single, BTS released an art film by MN Dance Company. A few hours after BTS dropped “Black Swan,” The Late Late Show with James Corden announced the group will return to the show to perform the song.

The Twitter account for The Late Late Show with James Corden tweeted, “Thrilled to announce @BTS_twt returns to the #LateLateShow on January 28 to perform ‘Black Swan’!”

BTS and Big Hit Entertainment confirmed the appearance on the BTS_official Twitter account. Not only will BTS perform “Black Swan” on The Late Late Show with James Corden, this will be the first-ever performance of “Black Swan.”

The BTS_official Twitter account shared the post from The Late Late Show with James Corden and added, “Stay tuned for our very first performance of ‘Black Swan’!”

Once it became clear BTS would appear on the talk show again, ARMY tweeted about how much they want BTS to participate in Corden’s reoccurring Carpool Karaoke segment.

“james corden can drive a palisade for carpool karaoke and bts can sing while promoting hyundai like the multi tasking kings they are,” wrote a Twitter user.

“since bts are going for James Corden, i hope he’s given some sort of slot for them to do a Carpool Karaoke please…for the love of God…i need it for the soul,” one fan tweeted.

Cena has been a longtime fan and supporter of BTS. The wrestler and actor is incredibly sincere in his admiration of the Korean group, and often speaks out about BTS’s artistry and their connection with their fans.

On Jan. 15, Cena appeared on The Late Late Show with James Corden. During the show, actress January Jones told Cena, Corden, and the audience how she had the chance to meet BTS. The actress then shrugged off the meeting and admitted she did not know who the members of BTS were when she took a picture with them.

After Jones’ remarks, Cena took the chance to explain why BTS are so popular and how their impact has spread throughout the world.

“I became interested in the fact that they’re a Korean pop band, and they were the first Korean pop band to actually connect fans throughout the world,” Cena said. “Me being in live entertainment, I was like, ‘Wow this is interesting,’ and was wondering how did they do this, so I began listening to their music and the message they sent to their fans. It’s one of self-love and self-reflection and being confident in yourself even though you may be different.”

Because Cena appeared on the show days before BTS will appear, some fans hope Cena will have the chance to meet BTS when they appear on The Late Late Show with James Corden.

“wait can james corden do a whole segment where he pranks john cena with bts and they surprise him cuz that would be adorable,” a fan tweeted.

“Black Swan” is not the lead single of BTS’s upcoming album Map of the Soul: 7, and the song does not have an official music video with the members of BTS. Instead, BTS and Big Hit Entertainment chose MN Dance Company to convey the powerful message behind the song in an art film.

This decision shows BTS’s dedication to how their music is received by their audience, but it also means fans have no idea what to expect from BTS’s performance. What will the choreography look like? Will BTS perform a version of the choreography from the art film? How epic will the song sound live?

Luckily, Jan. 28 is only a little over a week away, so fans don’t have long to wait to see BTS’s first-ever performance of “Black Swan.”