Cardi B has explained the challenges of making the racy music video for her new single Up during the Covid-19 pandemic.

The rapper had to ‘beg’ to have certain scenes – such as one where she touches tongues with two other women – included.

Another scene of Cardi, 28, and her dancers in a pyramid could only be filmed for seconds as there were more than six people performing.

The video has been released at a time when social-distancing has become a crucial part of public health guidelines to slow the spread of the virus.

Appearing on The Tonight Show Starring Jimmy Fallon on Thursday, Jimmy asked what it was like making the video in a pandemic.

Sharing that ‘there’s certain things you can’t do’, the WAP rapper said: ‘I did this pyramid with some girls. And the pyramid, we have to do it less than 10 seconds because it was more than six people. 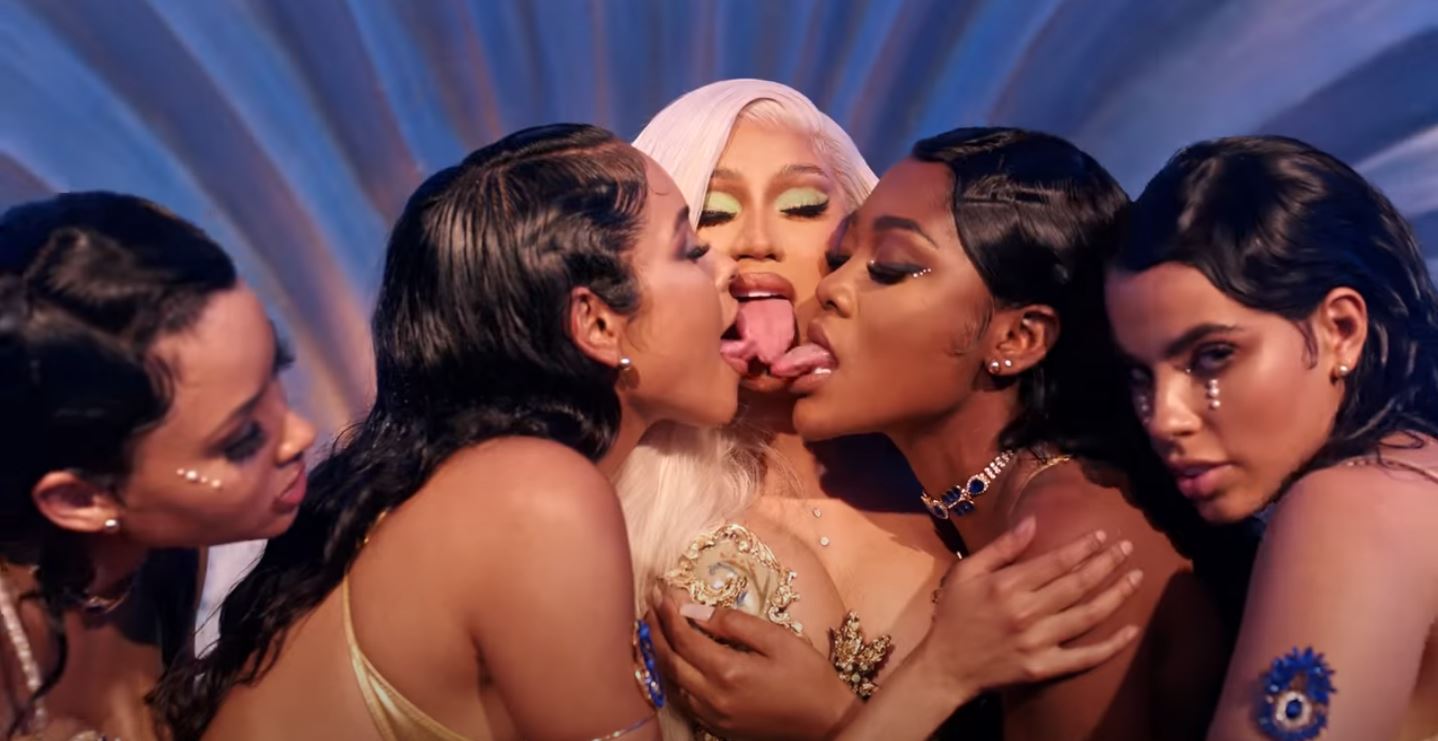 ‘And due to Covid, people can’t be touching. Even though you get tested before the music video three times. You get tested the beginning of the week, the day before, and the day of.’

Asked about the ‘licking’ scenes Cardi, real name Belcalis Almanzar, replied: ‘Yeah we had to, like, beg.’

Up is the latest single from her new album which the rapper said would be partly inspired by the abuse she gets on social media.

Chatting to Apple Music’s Zane Lowe she noted all the ‘hate’ she received online about her decision to back Joe Biden in the US presidential election, and over her Dominican and Trinidadian heritage.

‘Every single time a Hispanic artist is on some high heat, for some reason, they always bring me up, right? I don’t want to give you a tip of my records. It’s going to go on my album.

‘Lately, I’ve been on social media, and every hate s**t, every positive s**t, I write it down, and I put it on my record. That’s what I’m doing now.’

The Bodak Yellow rapper, who shares two-year-old daughter Kulture with Migos star Offset, has also been spending less time on Twitter to avoid what she feels is a ‘trend’ of attacks on musicians.

‘It doesn’t matter if you’re an angel or you’re a problematic artist. People just hate you. I’m not going to be that artist that’s going to stay quiet about it. I’m going to let people know that it’s like, “Bro, we have feelings”.’