For a beloved band that "never had a hit", Even frontman Ash Naylor is grateful to be celebrating the '90s rockers' 25th anniversary this month.

"In about 2001 I thought we might've cooked our goose, but my bandmates talked me out of that," the 49-year-old says. "I'm not a huge milestone kind of guy, but it's nice to acknowledge them occasionally." 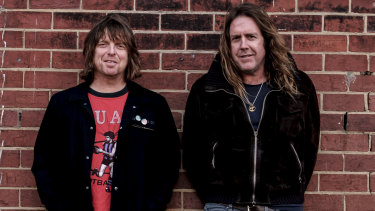 Local rockers Ash Naylor, left, from Even, and Kram, from Spiderbait, are still performing almost three decades into their careers.Credit:Luis Enrique Ascui

Anniversary tours have become a live music staple, to the point that current gig guides read like a Big Day Out lineup circa-1995.

"To be honest, my agent's been bugging me about it for years – I wasn't convinced anyone remembered the album," he jokes of his ARIA-winning debut. "Now we're all competing pretty much for the same ticket."

Such milestones might make for a convenient promotional hook, but they also acknowledge a genuine, and eager, market: ageing '90s nostalgists. 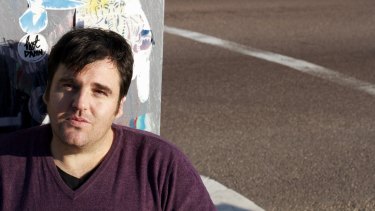 Alex Lloyd is celebrating the 20th anniversary of his 1999 debut Black the Sun.

The demand's clearly there with gigs routinely selling out. Spiderbait's upcoming one-off show at Melbourne's The Forum, where they'll be playing their biggest singles, sold out within 24 hours, says drummer Kram, 45, prompting considerations for an expanded national tour to come.

"My mojo now is like, I need a nice hotel and a nice comfortable flight and the gig's a bonus," he laughs. "In the old days it was the opposite – you were happy to stay anywhere as long as the gig was amazing."

Just how much money lies in these lingering legacies is a question such artists, understandably, would prefer not divulge.

Lloyd, who's now based on the NSW central coast with four kids aged between 6 and 15, says he still collects the odd pay cheque from the massive success of 2001 chart-topper Amazing.

"It's okay, it gets less every year," he says. "It's a combination, with touring and the occasional bits of music production and composition for movies and TV." 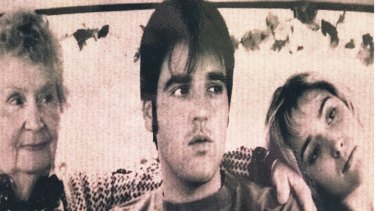 Naylor, who on 1996 fave Karmic Flop lamented being "on the dole for rock 'n' roll", jokes that Even's "always been a beer band on a beer budget."

"The band is sustainable unto itself but we can't tour like this all year round. The economics of that means we all do other things to survive, and that's always been the case," he says. "I honestly have no idea how many records we sell now, and it's irrelevant. I'm not a statistician anymore; I'm just a family man who plays guitar."

Phil Jamieson, 42, of Grinspoon – soon to embark on their Chemical Hearts tour– says the tour's a necessity after time spent "doing the dad thing" this year but baulks at any idea the upcoming gigs, or even the band's 20th anniversary tour of debut Guide to Better Living in 2017, were driven by financial concerns. 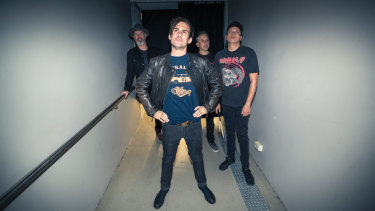 "Was The White Album Concert I did with Chris Cheney, Tim Rogers and Josh Pyke a money-spinner? Probably, let's be honest," he says.

"But with Grinspoon, what's foremost in my mind is I've got to make sure everyone who's spent their $72-plus-booking fee has a good, if not better, time than when they saw us at Splendour in the Grass in 2005, you know? That's my duty."

As much as ageing Gen-Xers might clamour to revisit the formative sounds of their carefree youth, the gigs serve a greater celebration for the artists: of career longevity, of physical survival amid hard-living environs, and of somehow turning a teenage dream into a lifelong vocation.

"I look at other great bands from our era that broke up, like Silverchair or Powderfinger, and I know they miss it," says Jamieson. "And for Grinspoon to be playing the Hordern Pavilion in 2019, people would've laughed at that idea back then.

"So I take [the band] more seriously than I did in my 20s. Because I thought it was fleeting and it wasn't, and I'm so grateful for that. To be able to play your own songs to people who want to hear them, it's a surreal and gratifying experience and in my 20s I just couldn't understand that."