Queen and Adam Lambert have been tearing up the UK and Europe this summer with their Rhapsody tour after a two-year postponement. During their 10-day sold-out residency at London’s The O2, Brian May let slip that one of the nights saw the band film a concert for release at a future date.

The Queen guitarist, who turns 75 this month, posted on Instagram last month: “Thanks dear Londoners at the O2 tonight – for giving us your hearts and making our filming night so memorable. We got a truck load of extra lights to make sure we could see YOU – and believe me, from the stage it was an unforgettable sight during Rock You and Champions. Hopefully, you will see it soon !”

And now it looks like it’ll be sooner rather than later as Queen and Adam Lambert confirmed today that their exclusive concert spectacular filmed that evening will premiere live on July 24 via Kiswe’s global streaming platform.

Want to listen to your favourite artists and the latest songs? Sign up for a free 30 day trial at the link to listen to unlimited music on Amazon Music! 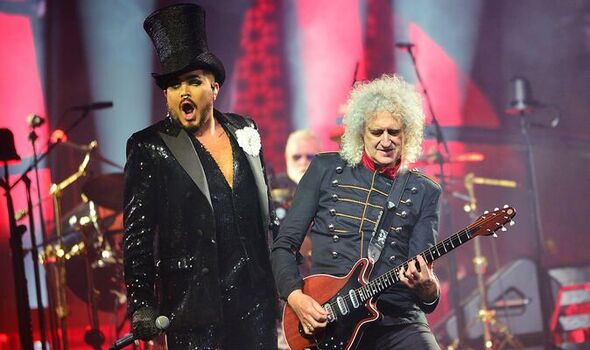 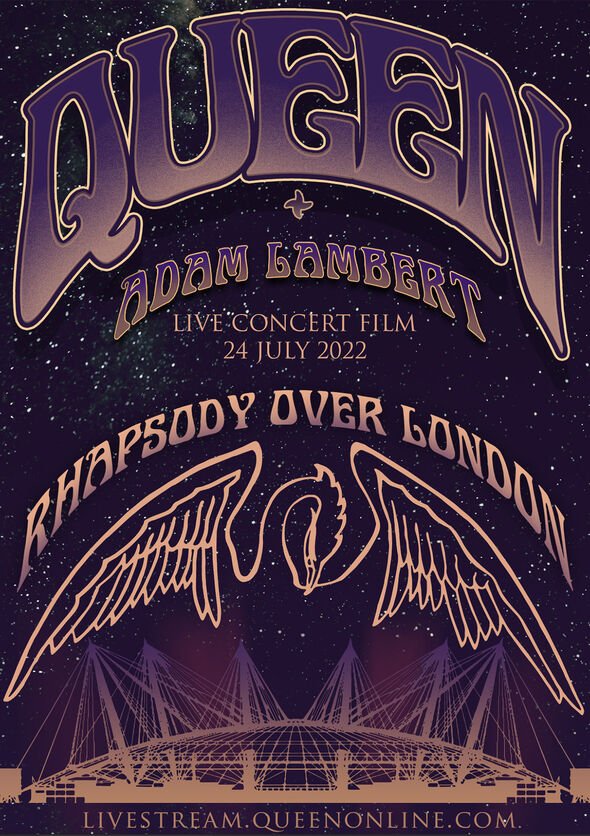 Alongside an over 2 hour epic set of 28 hit songs, which Express.co.uk gave five stars, the concert film will include a live Q&A with Brian, Roger and Adam backstage from the penultimate show of their European tour in Tampere, Finland.

According to Queen and Adam Lambert: “Fans around the world will have a once-in-a-lifetime opportunity to purchase tickets and submit their questions via video by July 19th, for the band to see and answer live during the Q&A. The concert will only be available until 31st July on the platform and accompanied by special VOD packages, where fans will have access to additional concerts and interviews. The acclaimed documentary The Show Must Go On, The Queen + Adam Lambert Story will be available exclusively for ticket holders for a full two days prior to the livestream.” 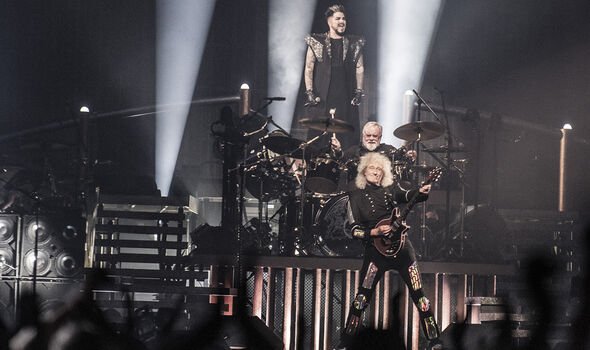 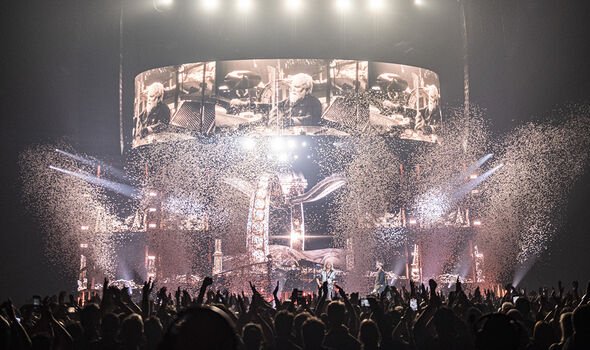 Tickets will be valid for all show times, which are July 24 at 4pm BST and July 28 at 8pm BST, with the concert film being available on-demand after airing until July 31.

There are four ticket bundle types from the basic Rhapsody Ticket with 1080HD footage, their documentary (July 22 and 23 only) and live pre-show Q&A from Finland for £16.73 before tax and service fee.

The next one up is Rhapsody Plus at £25.10, which gives you all that and a VOD bundle available until July 31 with Summersonic – Live in Tokyo, Live Around the World, Queen + Adam Lambert – Meet the Press and Live Around The World launch Q&A. If you want to watch all that in 4K Ultra HD, then the RhapsodyPlus 4K ticket is £33.47.

Yet there is one ticket higher for £62.76, which is the I Want It All Package. That’s the RhapsodyPlus 4K ticket content and an exclusive Rhapsody Over London T-shirt.

Tickets for Queen and Adam Lambert: Rhapsody Over London can be purchased here.