It was 57 years ago today that The Beatles performed their first US concert. On February 11, 1964, two days after their appearance on The Ed Sullivan Show, the Fab Four’s American gig took place at the Washington Coliseum which had been set up for boxing. This meant that John Lennon, Paul McCartney, George Harrison and Ringo Starr had to perform in the unroped ring, which wasn’t ideal as they’d only be facing 25 per cent of the audience at one time.

So in-between songs The Beatles had to stop three times to rearrange the microphones and turn Ringo’s drum kit around.

Over 350 police officers surrounded the stage, with one finding the noise so loud he used two bullets for earplugs.

The 35-minute set saw The Beatles perform: Roll Over Beethoven, From Me to You, I Saw Her Standing There, This Boy, All My Loving, I Wanna Be Your Man.

Also: Please Please Me, She Loves You, I Want to Hold Your Hand, Twist and Shout, and Long Tall Sally. 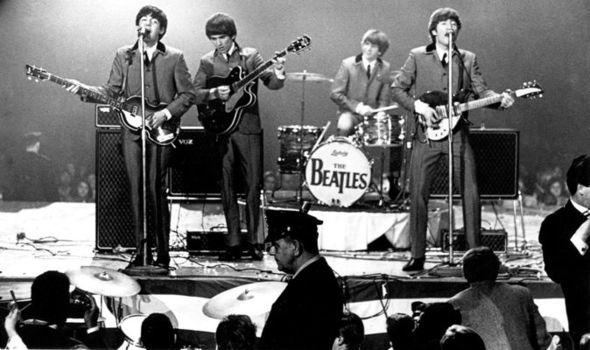 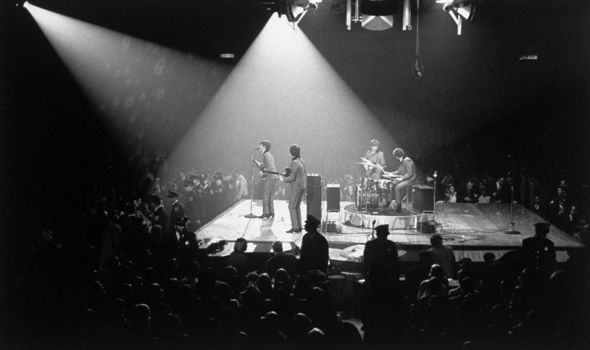 Former Vice President Al Gore was just 15-years-old when he attended the concert.

He told The Washington Post: “The acoustics in the arena combined with the absolute frenzy of enthusiasm made it virtually impossible to understand a single word that they sang.

“You had to listen carefully to get the general flow of the song, and of course everybody knew all the words prior to the concert.

“We all loved their music, but clearly there were a lot of people in that crowd who loved it even more than I did because they couldn’t stop screaming.” 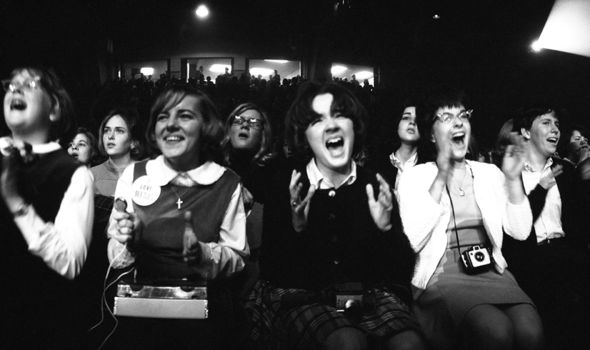 Paul found the concert “very unsettling” because the audience were throwing hard sweets at the band.

According to Ultimate Classic Rock, he said: “We had been asked somewhere what is your favourite sweet, and we said jelly babies.

“So the fans took to throwing them onstage, and this had reached Washington.

“In England, they’re soft and always in the shape of babies. What do you call them? Jelly beans.”

DON’T MISS
The Beatles’ contrasting opinions on Phil Spector’s Let It Be album [LET IT BE]
The Beatles: Paul McCartney wants to work with Bob Dylan and Elvis [PAUL MCCARTNEY]
The Beatles: Ringo Starr on ‘much JOY’ in the Let It Be sessions [RINGO STARR]

Paul added: “They’re hard. They stung, and we’re playing in the round, and they’re being thrown from everywhere.

“It was very unsettling. After that, we said the time has come for us to tell people we hate these damn things.

“They were only trying to be cute; throw the cute bits at the cute boys, that will be fun. But if you caught one of those in the eye, that was none too pleasant.”

After the concert, The Beatles attended a reception at the British Embassy which Lennon ended up storming out of.

Ringo said in Anthology: “In the early 60s there was still a huge disparity between people from the North of England and ‘people from Embassies’.

“But we went. God knows why. Maybe because we’d suddenly become ambassadors and they wanted to see us, and I think Brian [Epstein] liked the idea that it was big time.”

But when an attendee cut off a lock of Ringo’s hair, Lennon had had enough and just left.

He said: “I walked out, swearing at all of them. I just left in the middle of it.” The ambassador’s wife did her best to apologise for the behaviour of the other guests as The Beatles left the reception.