It’s a controversial scene – the gang are in crisis and urgently need Dustin’s girlfriend Suzie’s help, but she’s removed from the situation and demands he sings their song before she gives him what he needs. So while people are literally ABOUT TO DIE, Dustin and Suzie sing a duet over the airwaves for all to hear. It’s jarring and absurd, and some people hate it, but I LOVE it. It gives you a moment to breathe and laugh before the show launches into even more intense action (and heartbreak). 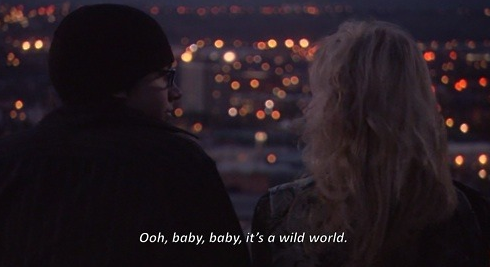 When Sid breaks into song in the Season 1 finale, it’s completely unexpected and a moment of surrealism in an otherwise hyper-realistic show. It probably shouldn’t work, and yet it does. It’s compelling and powerful, and the perfect way to finish an intense season. 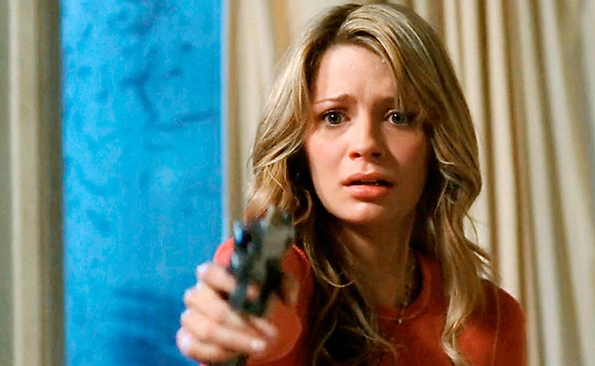 MMMM WATCHA SAY. This moment is so iconic it spawned a parody that in turn spawned a whole meme. The music on The OC was always on point, but Imogen Heap’s haunting voice blasting through the scene as Marissa shoots Ryan’s brother Trey is one of the best needledrops of all time. 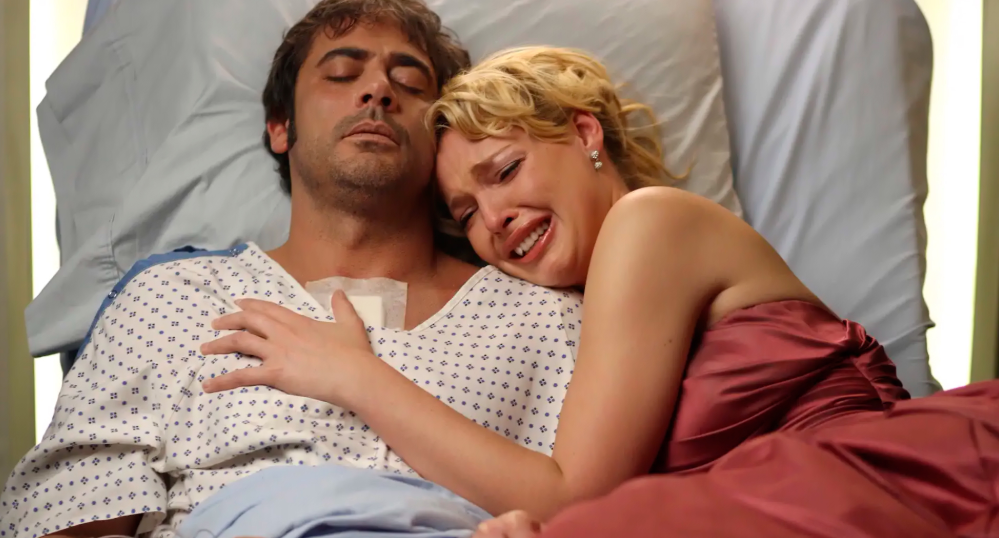 Grey’s Anatomy is another show known for its incredible music moments. “Chasing Cars” by Snow Patrol is forever linked to the show, and to this scene – Denny dies, and Alex lifts Izzy away from his body as she sobs. It’s heartbreaking and incredible. 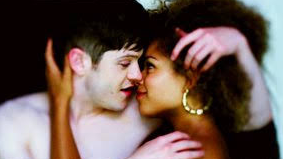 Amidst the action and chaos of Misfits is this quiet and sweet moment between Alisha and Simon. It’s lovely, but it’s also tinged with sadness – especially when you know what’s to come for the pair. So Foals’ “Spanish Sahara” is a wonderful and bittersweet accompaniment to the scene. 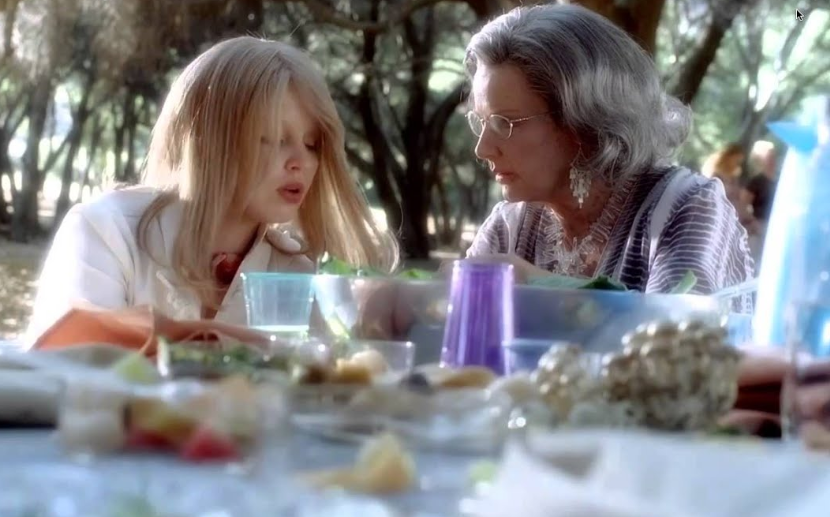 Long before she was a household name, Sia’s stirring “Breathe Me” became synonymous with the series finale of Six Feet Under. If you can listen to it and/or watch this sequence (in which we see the deaths of each of the characters we know and love) without crying, you probably don’t have a soul. 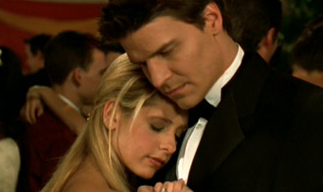 The Sundays’ cover of “Wild Horses” is poignant and beautiful – just like this Buffy scene. Angel and Buffy have one last, emotional dance at Buffy’s prom before Angel leaves. SOB. 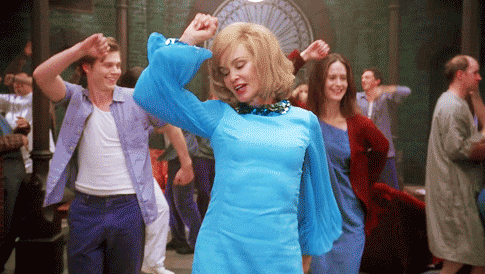 American Horror Story is frequently bizarre, but perhaps never more so than during this musical number in the Asylum season. It’s a bright, happy fantasy sequence that is incredibly jarring when juxtaposed with the dark, bleak reality of the character’s lives in the asylum. Talk about memorable. 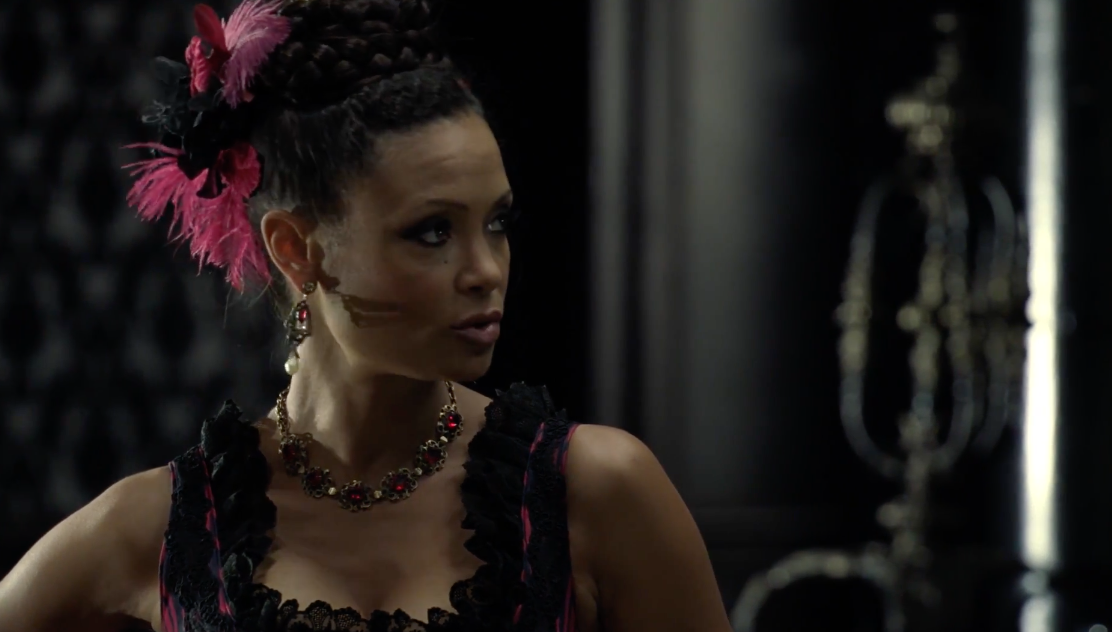 Westworld is full of piano covers of iconic songs used in really interesting ways. When “Paint It, Black” features in Season 1, Episode 1, it sets the tone for the whole show, especially as it plays over the shoot-out that reveals the time loop the characters are on. 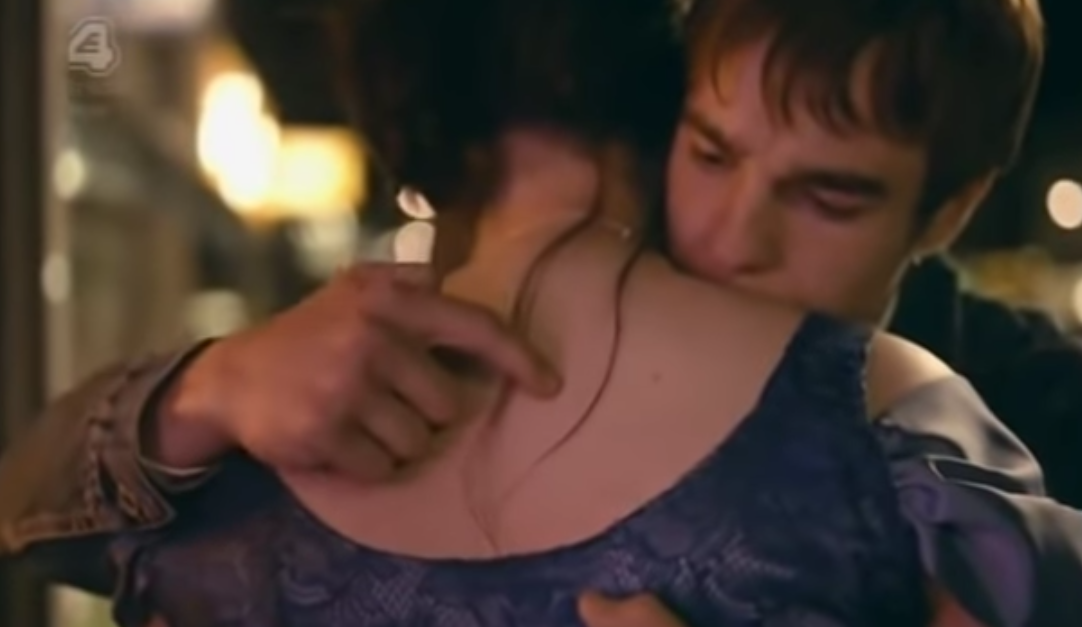 Set in the ’90s, My Mad Fat Diary is a treasure trove of glorious, nostalgic musical moments. This is one of the best – and most romantic – as Finn confesses his feelings to Rae by drawing on her back while “Champagne Supernova” reaches its crescendo. 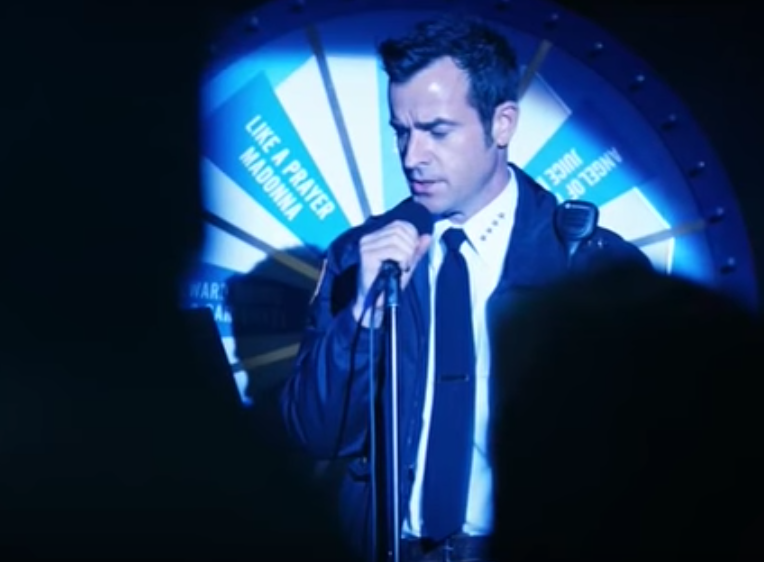 The Leftovers’ use of music is truly masterful. There are so many incredible moments to choose from, but Kevin singing “Homeward Bound” in the afterlife in order to get back home is so deeply bizarre and emotional at the same time, it stands out amongst them all. 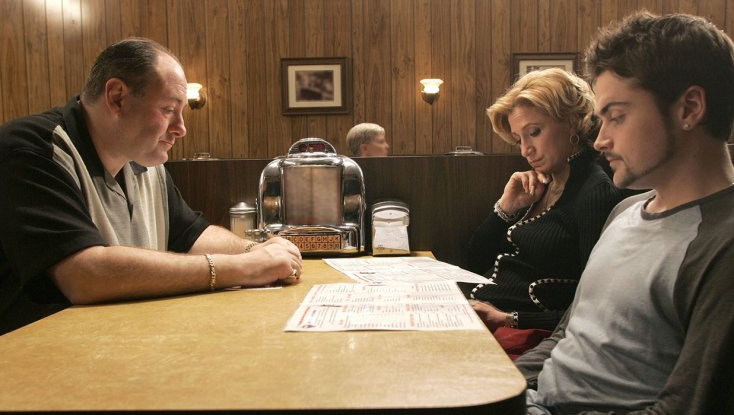 It’s one of the most iconic endings to a TV series ever, and the use of Journey’s “Don’t Stop Believing” is a big part of that. It’s loud and hopeful and abruptly cut short with the cut to black, delivering a powerful gut-punch that is still talked about years after the show has ended. 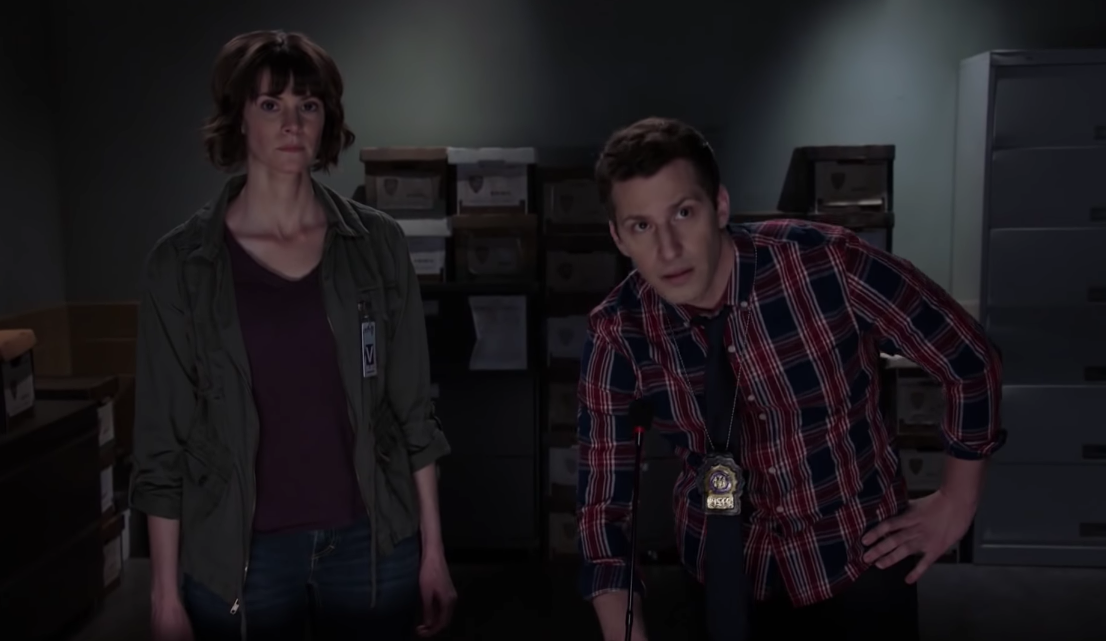 Jake Peralta making a bunch of suspects harmonise to the Backstreet Boys is peak Brooklyn 99 – ridiculous, yet somehow beautiful. And, most importantly, hilarious. 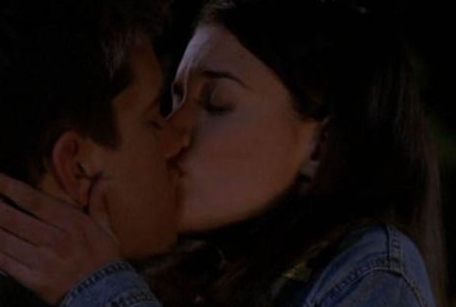 Pacey and Joey’s simmering passion for each other formed the best storyline on Dawson’s Creek, and this scene, in which Joey kisses Pacey for the first time (rather than the other way around) is the culmination of so much tension and yearning. The slow and bittersweet cover of “Daydream Believer” makes the perfect contrast to the classic, peppy version Joey sings earlier with Dawson, reinforcing the different dynamic she has with each boy. 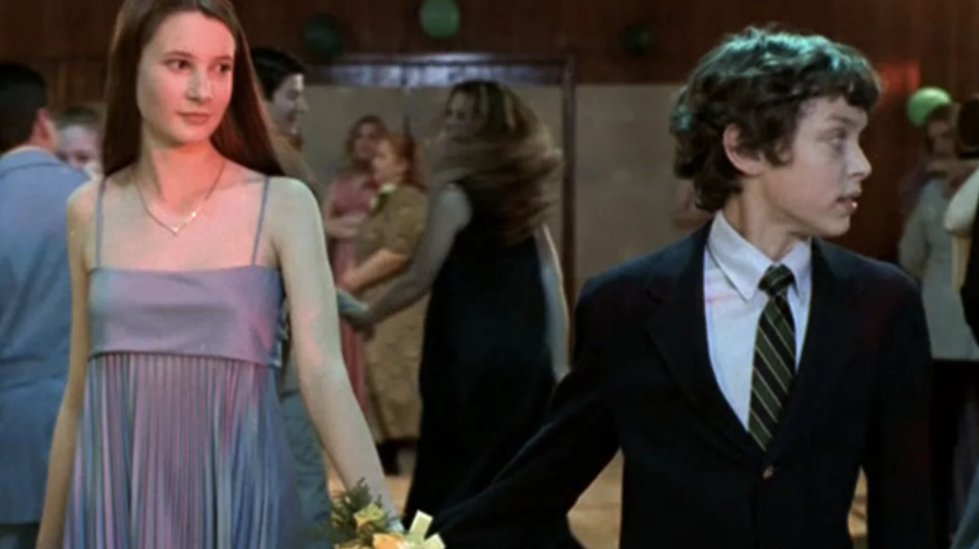 Freaks and Geeks is funny and painful and awkward and lovely all at once – in other words, it captures the feeling of being a teen in a way few other shows ever have. All those emotions are present in this scene from the first episode, as Sam dances with his crush and Lindsay lets go of some of her angst for a brief moment and joyfully dances herself. “Come Sail Away” provides the endearingly earnest soundtrack to the moment. 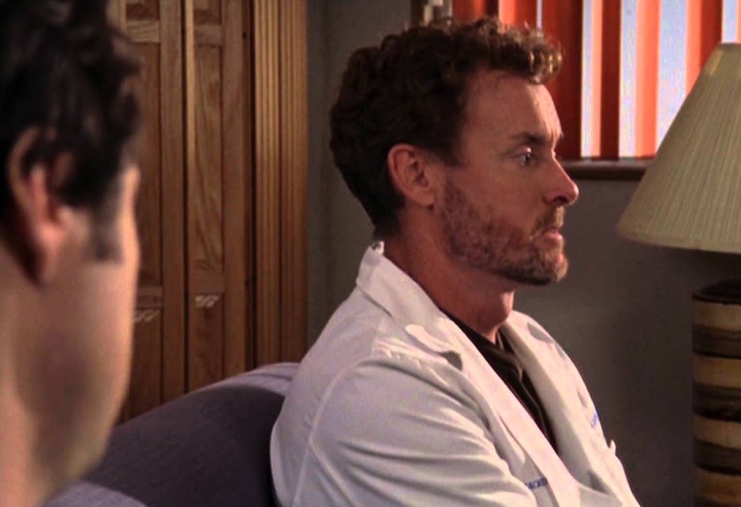 This is Scrubs doing pathos right, as Dr Cox deals with the death of multiple patients and JD comforts him as best he can. “How to Save a Life” fits the scene so well, it’s impossible not to cry. 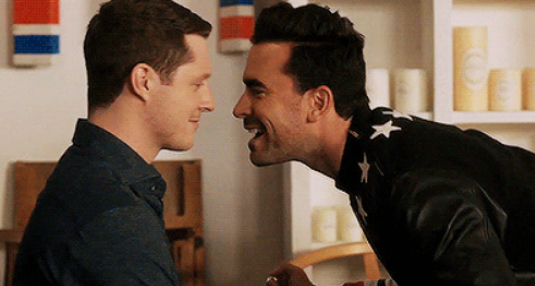 “Simply the Best” is Patrick and David’s song, and they both sing it to each other in different, equally sweet moments. But it’s David’s completely-out-of-his-comfort-zone – and also completely charming – performance of it to an emotional Patrick that stands out as, well, simply the best. Swooooon. 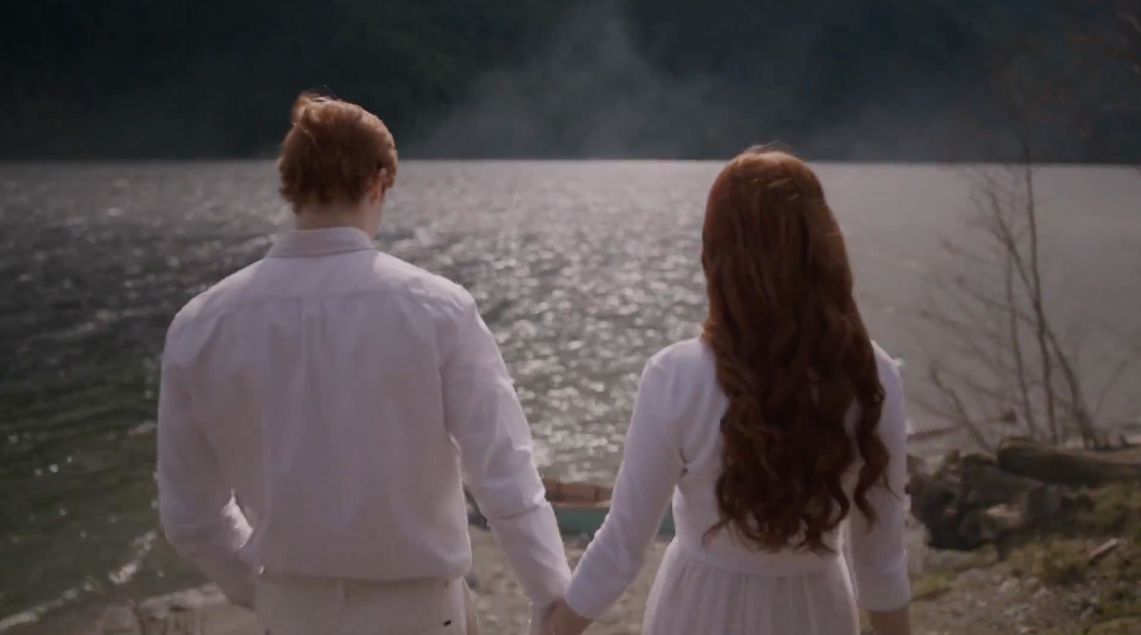 This is maybe cheating a little because Riverdale is a musical show – when it wants to be, at least – but for me, the stand out musical moment wasn’t one of the performances from the cast. It was actually this one from the opening episode, when a lullaby sung by none other than Saoirse Ronan plays over the stunning and eery shots of the Blossom twins at Sweetwater River. It establishes the tone of the season and showcases Riverdale at its best.

Still obsessed with the “Neverending Story” moment and all things Stranger Things? Check out more of our coverage of the show here.