A Place in the Sun: Couple says property is ‘third choice’

On Monday afternoon, Ben Hillman accompanied A Place in the Sun guests Gary and Jennifer to the sun-soaked location of Vera, Costa de Almeria, Spain. With a budget of £55,000, the Channel 4 guests were looking for the dream house or apartment where they could stay to escape the harsh British weather and enjoy their retirement while soaking in the rays. And Ben appeared to be impressing throughout the property search with three contenders by the end – but it’s safe to say all wasn’t as it seemed, especially when the trio arrived at property number five.

Ben got off to a flying start, with Jennifer even telling him the very first property he had to offer was a “10 out of 10”.

The one-bed apartment in Vera Pueblo came with two communal pools and was situated close to the local town – but it soon had stiff competition from Ben’s other options.

And it soon became clear property number five had piqued the interest of golf-loving guest Gary, with it seemingly ticking off all of their requirements. 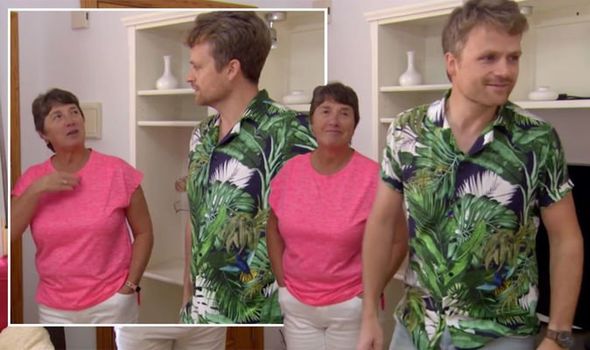 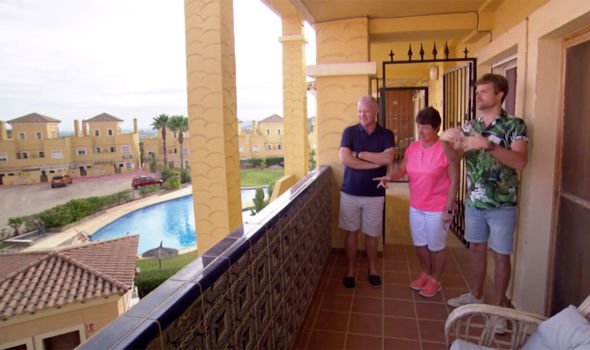 Listed on the market for a little under £60,000, the A Place in the Sun host did inform the pair negotiations were on the cards.

And as soon as they entered the apartment to take in the private balcony and stunning views, the fifth and final option clearly eclipsed all the others in Gary’s mind.

For Jennifer, however, it was a different story – despite Ben seemingly landing the ideal home.

“How’s this comparing with what we’ve seen so far?” Ben asked the two, prompting Gary to reply: “I think at this stage, it would have to be up there.” 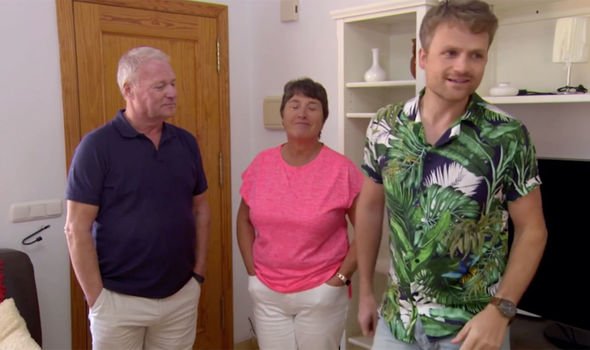 But delivering a blow to Ben’s efforts, Jennifer weighed in: “Ummm, would be third.”

“This is third choice?” Ben asked in shock, convinced he’d secured a deal with the fifth property on offer.

And clearly frustrated, the A Place in the Sun host had to turn his back to the couple before letting out an exasperated sigh in frustration.

“I thought I’d done it,” Ben said as he tried to laugh off the situation before Jennifer explained: “It’s a bit far out.

“If Gary wasn’t here and I was here on my own without the car, you’re very much restricted.”

Ben understood the concerns but did his best to try and get Jennifer onto Gary’s wavelength as they finished up the search.

Jennifer did agree not to rule it out of the running right away and left Ben on tenterhooks heading into their final meeting to hear their decision the following day.

And the apartment at the golf resort had emerged as the frontrunner between the pair – but Jennifer and Gary had one final twist in the tale.

Instead of making an offer, Jennifer told the Channel 4 property expert they were going to rent somewhere in the area first to see if they liked it.

“You’ve put the kibosh on it!” Ben joked to Jennifer when hearing the decision before she divulged her reasoning.

Ben tried once more to convince Jennifer to agree with Gary but eventually, even the latter agreed it would be best to try out the area first.

A Place in the Sun continues weekdays at 4pm on Channel 4.