The President shared a string of messages to Twitter on Sunday where he did not explicitly name but made reference to Representatives Alexandra Ocasio-Cortez, Ilhan Omar, Ayanna Pressley and Rashida Tlaib, all of whom are US citizens from minority backgrounds.

He said they “originally came from countries whose governments are a complete and total catastrophe, the worst, most corrupt and inept anywhere in the world” before adding: “Why don’t they go back and help fix the totally broken and crime infested places from which they came.”

Yesterday saw the US House of Representatives voted to pass a resolution to condemn the President’s words 240 votes to 187. The resolution denounced Trump for ”racist comments that have legitimised fear and hatred of New Americans and people of colour”.

Today on BBC Breakfast, Dan Walker and Naga spoke with Trump Victory 2020 campaigner Jan Halper-Hayes who said she believed the President “is not a racist”.

You know what certain phrases mean

Trump also tweeted on Tuesday: “Those Tweets were NOT Racist. I don’t have a Racist bone in my body!”

Following the interview with the campaigner, Dan and Naga reflected on the interview as well as the comments that had been made by the President.

Dan began: “It’s the president. That was the most telling quote for me last night, I can’t remember who said it but she said ‘I’ve been told to go home many times, to go back to where I’ve come from many times in my life but I’ve never been told by the man who’s sitting in the Oval Office.’”

Naga added: “Every time I have been told, as a woman of colour, to go back to where I came from that was embedded in racism.

“Now, I’m not accusing anyone of anything here but you know what certain phrases mean.”

“Are you still told that?” Dan questioned. “Do you hear that quite regularly?”

“Yeah, not regularly but I’ve been told it,” Naga explained. 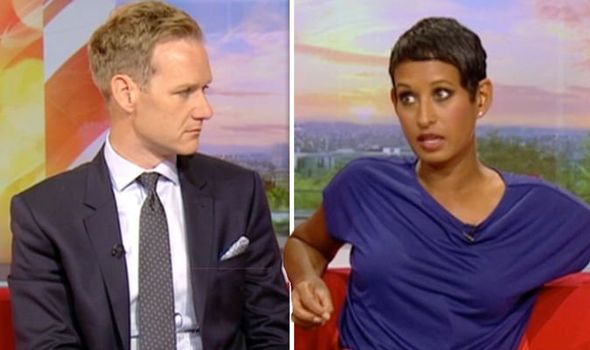 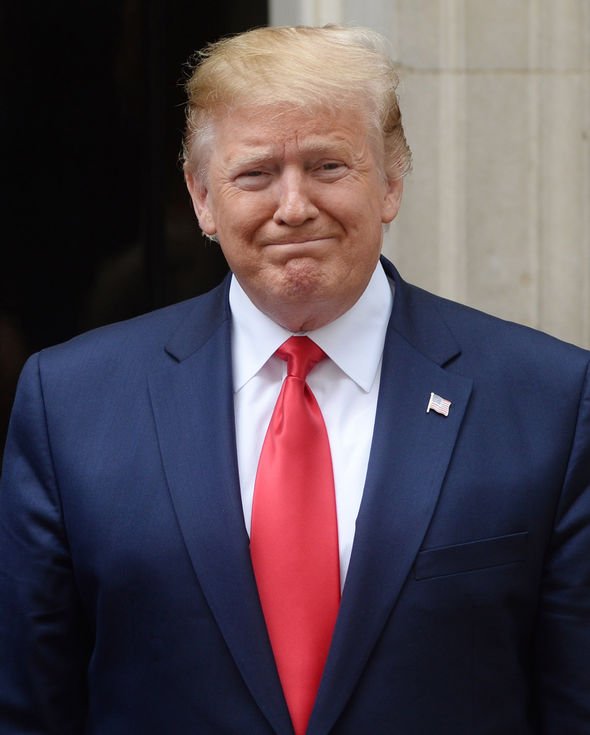 Dan continued: “You’re sitting here not giving an opinion but how do you feel as someone when you’ve been told that before and when you hear that from him?”

“Furious. Absolutely furious,” Naga vented. “And I imagine a lot of people in this country will be feeling absolutely furious that a man in that position feels it’s okay to skirt the lines with using language like that.”

“Does that make you feel that his use of that – because that’s the point I was trying to make – then legitimises other people to use it?” Dan asked as Naga confirmed: “Yes.”

“And as our guest was saying there, it feels like a thought-out strategy to strengthen his position,” Dan added.

“It’s not enough to do it just to get attention. He’s in a responsible position,” Naga finished before turning back to the camera.

Addressing those watching at home, she said: “Anyway, I’m not here to give my opinion, the lady gave her opinion and it was a good interview so I hope you enjoyed that.” 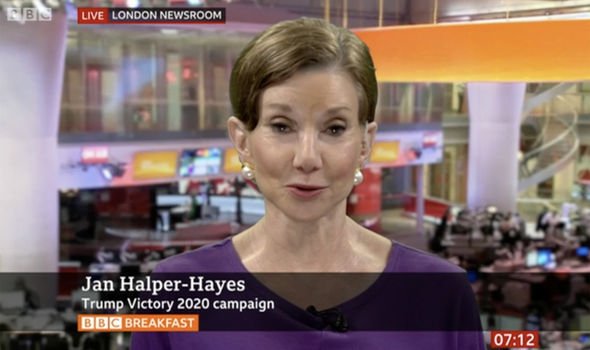 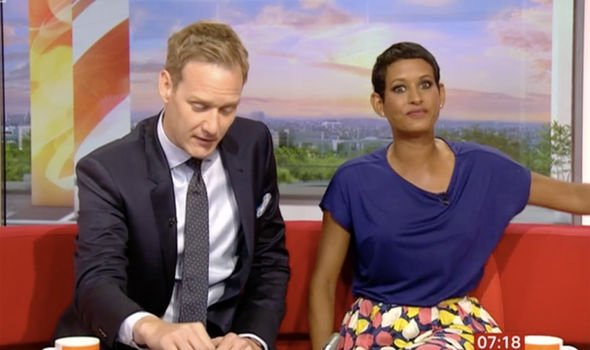 Naga’s words clearly struck a chord with viewers who were quick to express their admiration for what the presenter had to say.

Another added: “#bbcbreakfast @BBCNews Naga Munchetty you rock! Beautiful and eloquently spoken with strong and intelligent views. An inspiration.”

“@BBCBreakfast In total awe of Naga’s comments re the Trump racism story and in tears at the fact she still hears such things in the 21st century. #naga4pm,” a third shared.

While a fourth opined: “Naga well done for reacting with such dignity and honesty on this morning’s show-you were brilliant.”

BBC Breakfast airs weekdays at 6am on BBC One.