It’s fair to say Sheldon Cooper (played by Jim Parsons) was one of the main reasons why The Big Bang Theory proved such a hit with fans around the world. Not only did the character result in Parsons winning a Golden Globe for the role but it also landed a young actor by the name of Iain Armitage the lead role in a CBS spin-off series about his childhood years, Young Sheldon. With Big Bang now finished and fans rewatching the series again, many have spotted Armitage in a brief scene.

Armitage’s only appearance in Big Bang came in the show’s final ever season.

When Sheldon is feeling disgruntled by his and wife Amy (Mayim Bialik) having a theory disproven, he resorts to an old videotape of himself.

Needless to say, hilarity ensues as Sheldon watches his younger self give him advice. 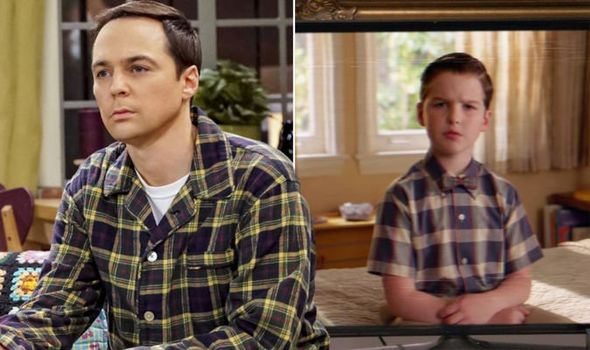 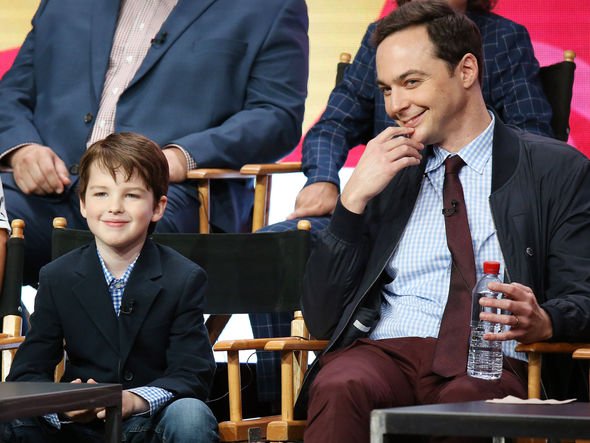 The scene starts with a down-in-the-dumps Sheldon needing inspiration.

Amy digs up an old video tape which features an emergency pep talk Sheldon made when he was a child.

Sheldon reveals he hasn’t watched it since Back to the Future 2 was released.

As the pair gather on the sofa to watch, Armitage as Young Sheldon appears on their TV set. 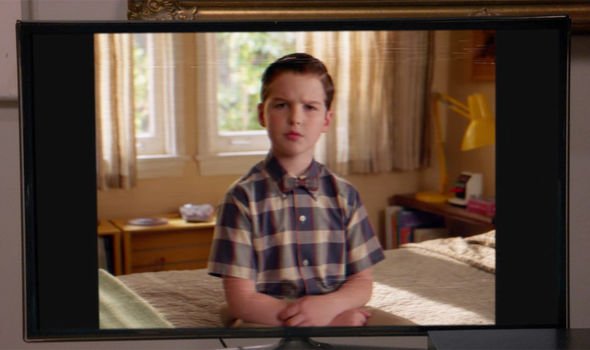 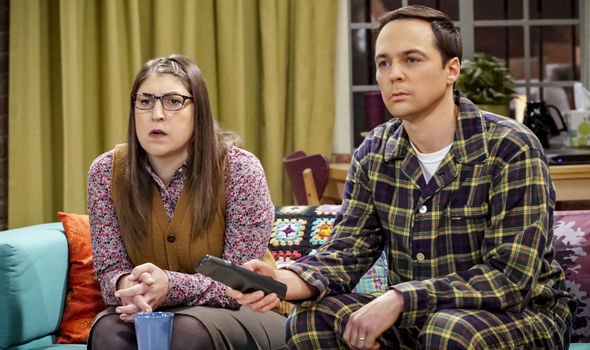 A surprised Amy quickly comments: “Aw, look how cute you were.”

Not one to lack confidence, Sheldon responds: “Amy, please of course I was cute look how I turned out.”

Young Sheldon then dresses his older self watching the tape, saying: “Hello, Sheldon.”

He continues: “If you’re watching this, I presume something bad has happened. something unfortunate and unforeseen. Something that’s making you question everything.”

A grown-up Sheldon watches in admiration and hilariously quips: “I’m so smart.”

Young Sheldon goes onto say: “Just to make sure it is really you watching this and not an imposter, what am I thinking of? On the count of three…”

Sheldon’s child-self begins to count down on the tape before the pair both answer: “Robot monkey butler.”

Happy that it is his older self watching the tape, Armitage’s character imparts some wise words of wisdom.

Young Sheldon tells him: “Sheldon, never forget, no matter how bad things seem, you can always…”

At this point it becomes apparent Sheldon’s father taped over the rest of the tape with an American Football game.

The scene concludes with a furious Sheldon storming off to his room.

This is the only time Armitage features on Big Bang Theory but he has made of 50 appearances and counting in the CBS spin-off series.

The Big Bang Theory is available to stream on Netflix UK now.