Prepare to enter the puzzling, magical world ofLisey’s Story. Stephen King’s psychological horror story is coming to life as an original series on Apple TV+, and the show tapped some serious star power to bring its spiraling narrative to life.

Based on King’s 2006 novel of the same name, the series follows Lisey Landon (Julianne Moore), the widow of the renowned sci-fi/fantasy/horror author Scott Landon (Clive Owen). Following his death, Lisey has trouble cleaning out and organizing her late husband’s belongings, but is frequently approached by authors and academics looking for previously unreleased works.

Through the grieving process — during which Lisey reflects on her marriage, repressed memories, and half-forgotten experiences with Scott — she reconnects with her sister, Amanda (Joan Allen), and also finds cryptic notes, seemingly left by Scott before his death, that take her on a sprawling scavenger hunt, of sorts.

Along the way, Lisey also becomes the target of a deranged fan of her husband (Dane DeHaan), who will stop at nothing to get access to Scott’s writings and his life’s work. 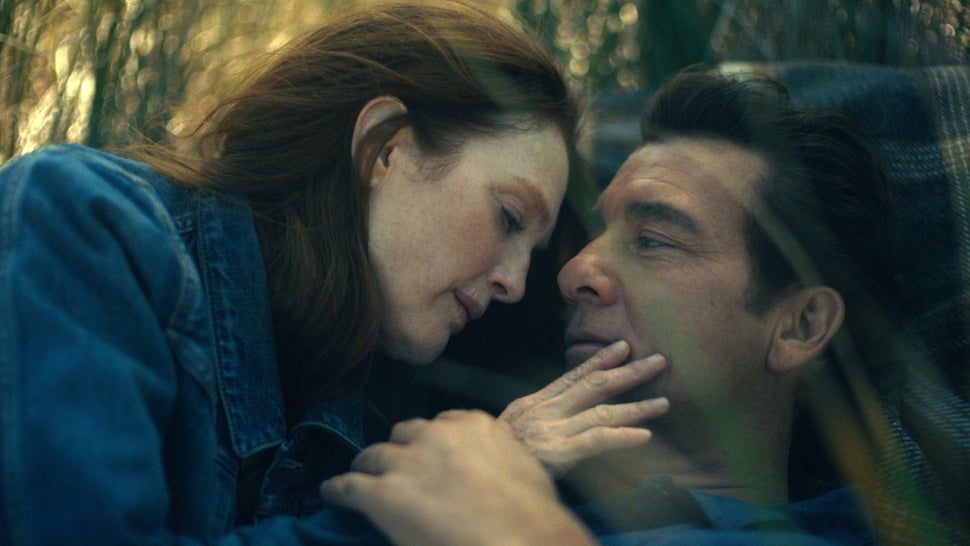 ET’s Nischelle Turner recently spoke with Moore about the project — on which she also serves as an executive producer — and the celebrated actress explained what drew her to the project. “I mean, first of all, I’m a huge Stephen King fan,” she said. “And secondly, this was something that felt important and personal to me as well. Because it’s an exploration of what it means to be in a long relationship, to be in a long marriage, and the importance of that.”

Moore herself has been married to filmmaker Bart Freundlich since 2003, and the couple shares two children — 23-year-old son Caleb and 19-year-old daughter Liv.

The series plays with themes of questioning one’s sanity, obsession, the ethereal source of inspiration and childhood trauma, and weaves it into a complex narrative that is told in several different time periods, which presents a complex puzzle for the viewer. The story also takes place in the real world, as well as a fantastical other dimensional world that Scott has the power to travel to in a sort of astral projection.

“There’s four different timelines, and [for] some of them, we’re actually not in the timeline, we’re sort of remembering that timeline, so it was complicated,” Moore explained. “But that was what was wonderful about it too, you know? It’s that it was challenging, it was rich and it was deep, and it was unlike anything that I had done before.”

While there were a lot of different threads to keep track of, director Pablo Larraín (Jackie) kept the machine operating smoothly with his deft juggling of responsibilities, and with Larrain, Moore said the show was able to have “this one significant point of view.”

King’s source material is quite complex in its own right, so in an effort to maintain the internal richness of the revered author’s world, King agreed to adapt the book himself and pen all eight episodes.

“When he told me he wanted to write every episode, I was enormously relieved. I just thought, ‘Oh, my God, thank God!'” producer J.J. Abrams recently shared with ET. “Given how he writes, he didn’t just transcribe [his book] into a different format, he really did adapt it.”

“He found a way to bring to the screen something [unique.] There’s much of the book that obviously is very internal, and that’s not the way movies work and there’s no voiceover,” Abrams added. “So he had to find a way to adapt it, and did so brilliantly.” 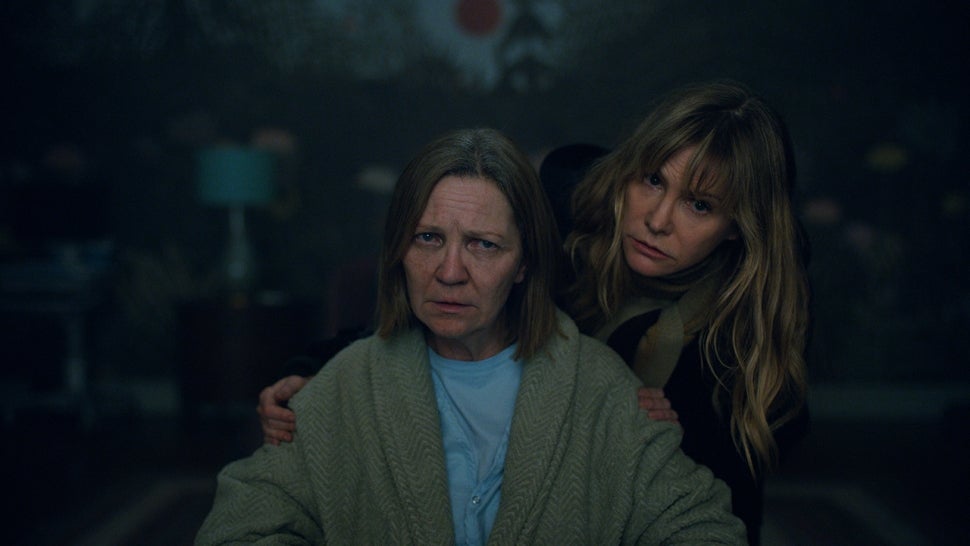 King has said in the past that Lisey’s Story is one of his favorite books that he’s ever written, and it’s inspired directly and overtly by his own near-fatal collision in which he was struck by a van while out on a walk and nearly killed. Because of his close connection to the book, Abrams said having King involved as much as possible just seemed right.

“I feel like it was such an important book to him and I knew that that meant that it had to be done just right because it was something that was so close to his heart,” Abrams said.

With King on board, Abrams explained that bringing on Larraín to direct was essentially a perfect pairing.

“The idea of the two of them working together, I could start to feel from the very beginning that this was really going to be something special,” Abrams shared. “They each bring such a sort of command to their jobs. The idea of those two [working] together, it’s almost like, you know, peanut butter and chocolate — you put them together and it’s gonna be something super special.”