Casualty has aired some of its most explosive scenes over the festive season as in years gone by, viewers of the BBC drama have seen the Holby City hospital go up in flames, leading the way for some beloved characters exits. However, could upcoming scenes in the Yuletide period see the likes of Jacob Masters (played by Charles Venn), Charlie Fairhead (Derek Thompson) or even Ethan Hardy (George Rainsford) killed off as tensions hit fever point at the Holby City Emergency Department?

There have already been a number of characters who have bid farewell to the long-standing medical drama this year, either in permanent or temporary capacities.

Although head honcho Connie Beauchamp (Amanda Mealing) will be on her way back to the ED in the New Year, she make be having to pick up the pieces of a colleague’s untimely death.

Having served as a pinnacle of the hospital community over the past four years, could Jacob be on the list of those in danger?

Speaking exclusively to Express.co.uk about what the hit Saturday night programme has in store for the Christmas special, star Charles Venn, 46, who plays the dashing nurse, hinted a death could be on the cards. 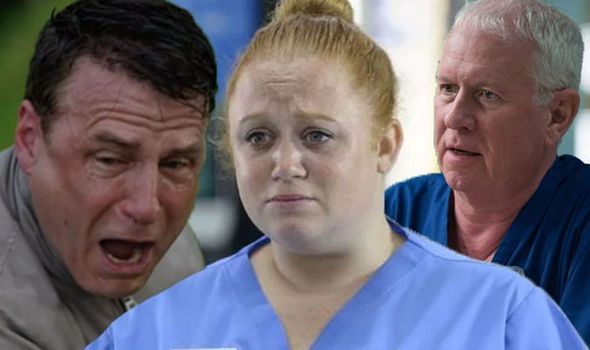 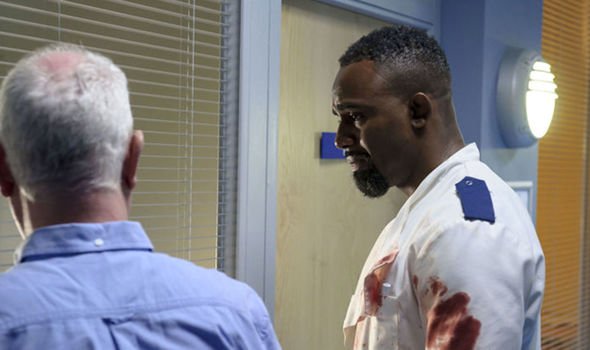 The actor said: “With Christmas, it’s never straightforward and unfortunately, there are always casualties during Christmas, I can guarantee.”

So, if this is a teaser over a shock death, could his character find himself embroiled in a dangerous situation which sees him killed?

During his time on the medical drama, Jacob has been close to death on a couple of occasions with the most memorable occasion being when he was shot in 2015 shortly after his arrival.

With tensions high in the ED over the course of the Christmas period, could the nurse see a hostile patient turn on him? 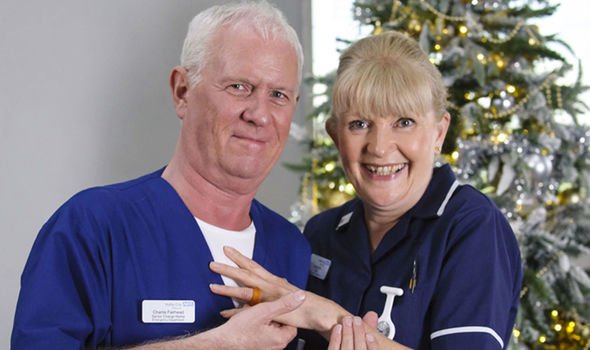 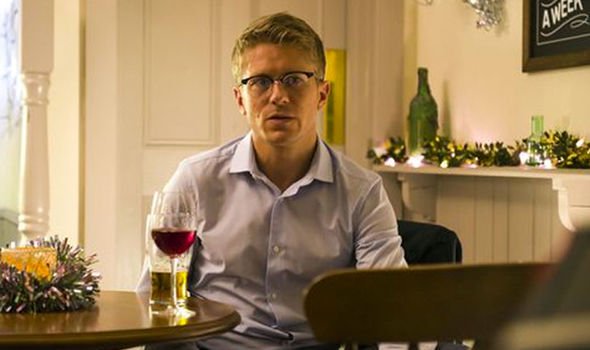 There are always casualties during Christmas

Adding further detail about the festive episodes, Charles said: “We definitely [have] thrills and spills and just pulsating drama, I can guarantee you that.

“We have a really interesting story for Christmas Day.”

If the death of a beloved character were to occur, could long-serving nurse Charlie also find himself with an enemy in the hospital?

With his wife Lisa “Duffy” Duffin (Cathy Shipton) making her exit in the New Year, could it him who is killed off before he has a chance to say goodbye to his loved one?

Another contender could be doctor Ethan, who has recently found himself in a tricky situation with a cystic fibrosis patient.

Having developed feelings for Effie Laurence (Abigail Hardingham), the medical professional was quickly sought after by her father and his friend Theo Laurence (Jim Sturgeon) to quash anything which was going on between them.

Although it seems the beloved character is heading to the warning, it’s likely the affair with his patient is set to continue.

Furthermore, if her place of the cystic fibrosis trial is jeopardised because of the relationship, will an angered father take revenge on his daughter’s lover?

Executive producer Loretta Preece revealed earlier this year the new series would see the team face the pressures of day-to-day life in a busy ED.

Speaking to Digital Spy, the show boss said: “There are stories to come around the hierarchy of pressure on the doctors, which weighs heavily on the junior staff in particular.

She also added: “I would like to inject even more action and drama into the ED side of the show.”

Will the culmination of ideas lead to a shock departure and more importantly, will everyone make it through the festive season alive?

Casualty continues tonight at 9.10pm on BBC One.