Ethan (played by George Rainsford) was plunged into the heart of the action as a new series of Casualty began tonight and the ramifications could leave the doctor with Post Traumatic Stress Disorder.

The Emergency Department declared a major incident as a terrorist attack at a local indoor market led to many causalities, as well as fatalities at the beginning of tonight’s instalment of the BBC medical drama.

Arriving on the scene, Ethan accompanied a colleague on the Advanced Trauma Team pair attended to a father and daughter who were caught up in the carnage.

Doing what he thought was best, Ethan ordered the father be taken to hospital first but just as he was about to help the young girl, a bomb denoted causing a secondary incident.

Ethan was seen trapped under the rubble as the roof of the venue collapsed and once he was found, the doctor was devastated to learn his colleague and the young girl had been killed.

Back at the hospital receiving treatment for his injuries, Ethan was haunted by the image of the young girl who pleaded with him to help her.

It was then down to the doctor to pay a visit to the father and tell him his daughter had been killed, to which the grieving parent blamed Ethan.

The patient told Ethan if he knew what the death of a loved one felt like, he would’ve saved his daughter first, not realising the doctor had suffered the loss of brother Cal Knight (Richard Winsor) some years before.

Viewers will have to wait and see what’s next for Ethan, but fans have predicted the doctor’s mental health will be effected in a harrowing PTSD storyline.

Having lost his patient in the line of duty, Ethan is likely to have flashbacks to the circumstances of how Cal was killed with upset taking its toll on his mental health. 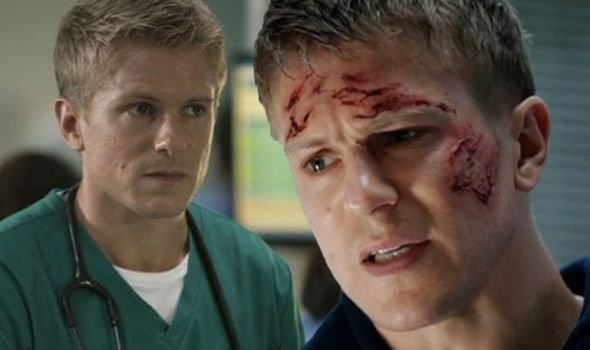 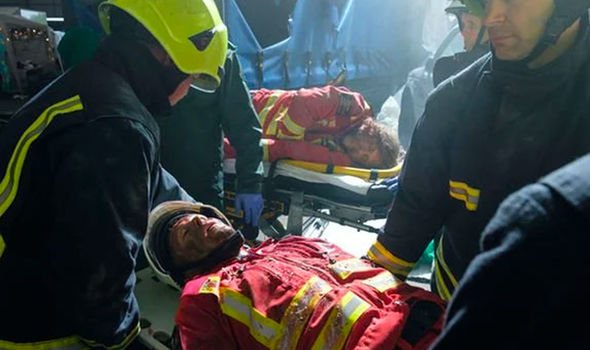 Taking to Twitter following the emotive episode, one fan wrote: “PTSD storyline coming up, hope they play it out realistically #Casualty.”

Another posted: “Defo a PTSD storyline coming for poor Ethan by the looks of it. just hope he gets help in time #Casualty.”

A third shared: “Ethan’s got a serious case of PTSD and it’s been very much active since what happened to Cal. #Casualty.”

Ethan star George, 37, recently spoke out about what’s next for his character following the tragedy of the series opener.

Speaking with Digital Spy, George said: “Going forward, there’s certainly repercussions. Because it’s Ethan, he thinks the best way to deal with it is to keep busy.” 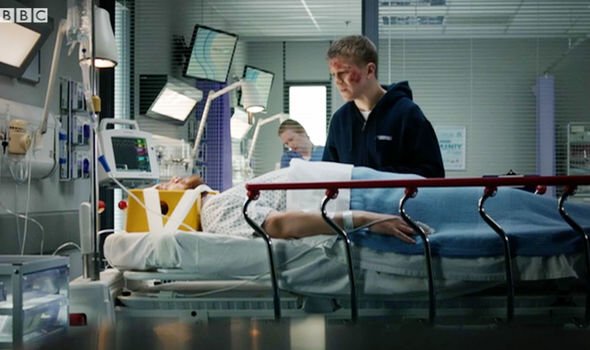 “There’s some stuff that picks up in the following episode which becomes his main focus.”

Teasing more about Ethan’s future on the show, George did confirm a new romance could be on the horizon for his character, but could this come from the ED doctor sourcing a confidant for his trauma?

It seems Rash Masum (Neet Mohan) will also be facing a struggle in the coming weeks following the death of his mother which brought him back to Holby.

However, will his comeback be permanent, or will he leave his life in Holby behind him?

Casualty continues Saturday at 9.10pm on BBC One.