Coronation Street’s up and down couple Fiz (played by Jennie McAlpine) and Phill (Jamie Kenna) tied the knot on Friday, after months of will they, won’t they. However, their road to marriage hasn’t been smooth sailing after Phill’s ex-wife Camilla Whittaker (Lousie Marwood) made an appearance, Fiz accused Phill of cheating, and Tyrone Dobbs (Alan Halsall) dropped a bomb on Fiz when he revealed he still loved her. With his words ringing in her ear, Fiz ultimately ended her short-lived marriage to Phill and reunited with her long-term partner. In scenes to come, Fiz wants to separate from Phill, but fans think they have worked out the true intentions behind Camilla’s surprise appearance in the Cobbles, with Phill not being as innocent as he seems.

During their wedding reception, Fiz found it hard to feel excited about her marriage to Phill and soon told him that she wasn’t happy.

An upset Phill pleaded with her to give their marriage a chance and to sleep on her decision, but Fiz had already made up her mind.

After walking out into the reception with all eyes on her, she soon ran out and left Phill to break the news to their guests.

Whilst the heartbroken groom began to drink away the pain and take over the karaoke, Fiz dropped by to see Tyrone and revealed that she still loved him before embracing one another. 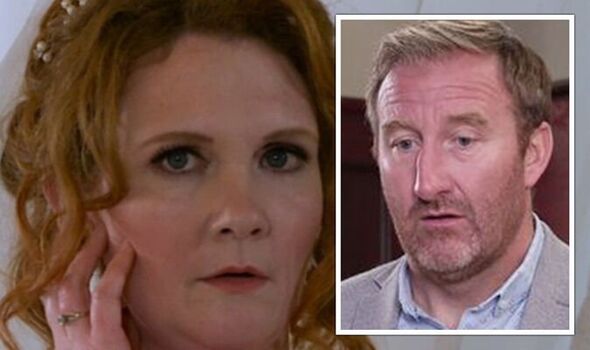 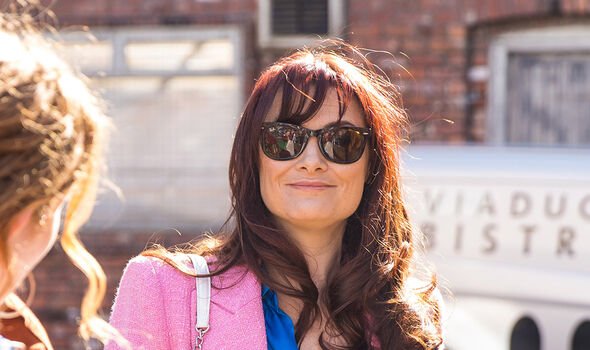 However, whilst many felt sorry for Phill being left heartbroken by Fiz, some theorised he isn’t as innocent as he has made out to be.

Fans will remember a couple of months ago Fiz caught Phill writing a book about her ex-husband John Stape (Graeme Hawley).

He insisted it wasn’t being done in a malicious way and was purely writing it to help Fiz move on from that part of her life.

But, since the arrival of Camilla, fans have since worried the pair are still secretly married and turned up in Weatherfield to scam Fiz out of everything she owns. 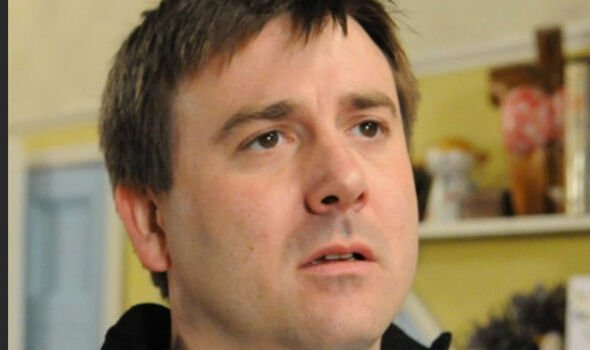 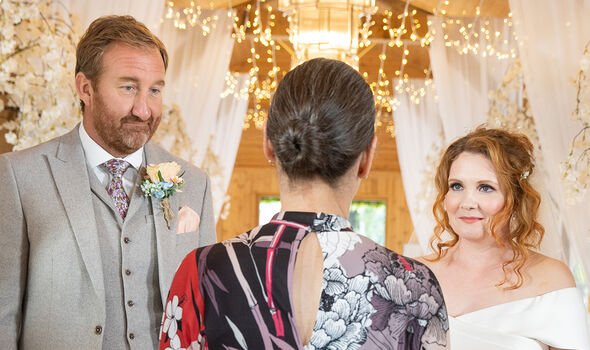 Sharing their predictions and theories on Twitter, with @DarlyLoo99 commenting: “I don’t think she’s [Camilla] his ex. I think they are both still married and trying to scam Fiz together.”

Linda Savage agreed: “Fiz hasn’t got anything unless they are something to do with John Stape and are out to destroy Fiz’s life in revenge for his death.”

“No, this is all something to do with Stape. Reckon Phill’s going to turn out to be his brother or something,” Claire Muldoon theorised.

@MarkyMark added: “I think Phill’s house is not Phill’s, and one he is working on, he’s either Snape’s brother, big likeness, or after Ty’ s house, I think Evelyn will somehow find out.”

@MaybeDavey9 claimed: “What if… Camilla and Phill are plotting against Fiz because they are somehow linked to John Stape!! What a twist if I’m right!” (sic)

Phill actor Jamie opened up about the storyline and how heartbroken his character is and explained he feels there is something “worth fighting for”.

He explained: “It’s absolutely devastating, the whole pack of cards comes tumbling down. It’s his perfect day with his perfect woman, it’s the moment he’s been waiting for his entire life.

“I think he senses throughout the day that something’s maybe not quite right, so when Fiz turns around and says she needs to speak to him, I think he knows.

“But it’s just utter devastation, there’s no other word for it, his world implodes. I think he definitely will feel that there’s something there worth fighting for.

” I think he’ll fight for her because he loves her so much, he would literally rather die trying, I don’t think it’s in his nature to give up.”

Is Phill playing up to the residents of Walford to not blow his and Camilla’s cover? Will he make Fiz’s request for a separation more difficult than it needs to be for the sake of a sinister plan?