Coronation Street viewers watched as Gemma Winter (played by Dolly-Rose Campbell) had a run in with a turnstile after she wangled herself and Chesney Brown (Sam Aston) VIP tickets for a Weatherfield County match in episodes that aired this week.

And, much to her humiliation, her ordeal made the front page of the Gazette.

With firefights having to take the turnstile apart to free the pregnant mum-to-be, Gemma went to the hospital for a check-up.

Having been given the all-clear, tonight’s episode will see the kebab shop worker rushed back to hospital with crippling stomach pains.

Will Gemma and the babies be alright? 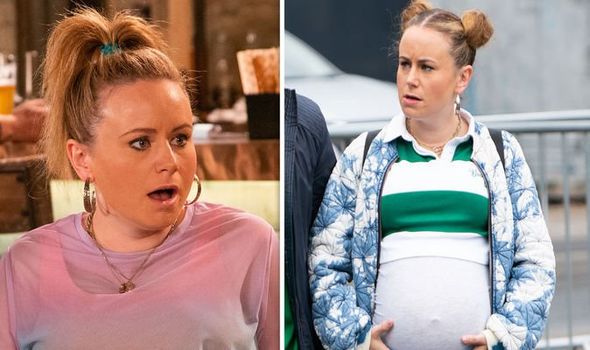 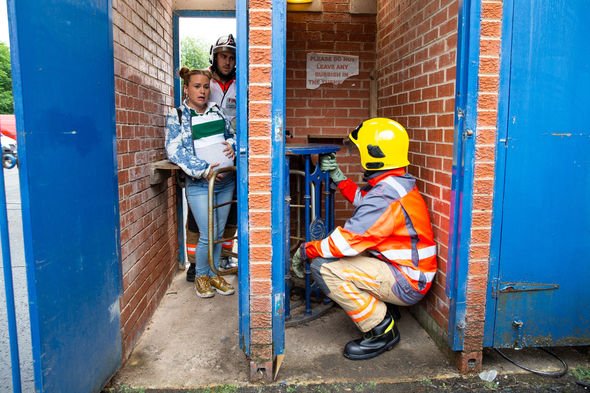 Journalists start to hassle Gemma after her debut in the paper but could there be as silver lining to her embarrassing nightmare?

She meets with a PR agent, Rosa who insists she can make Gemma a small fortune.

With the thought of a little fame and a pay out, Gemma shows her interest but Ches is not to keen.

As she’s rushed back to hospital, he tries to persuade her to take it easy after the doctors order her to rest, but will he succeed? 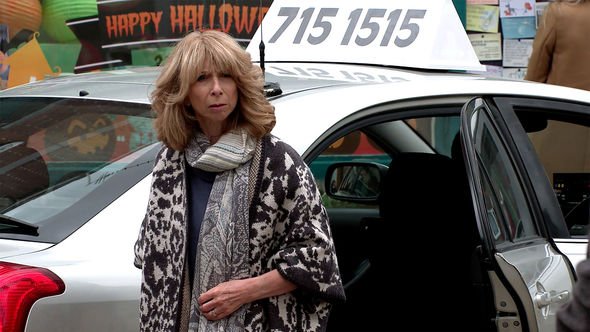 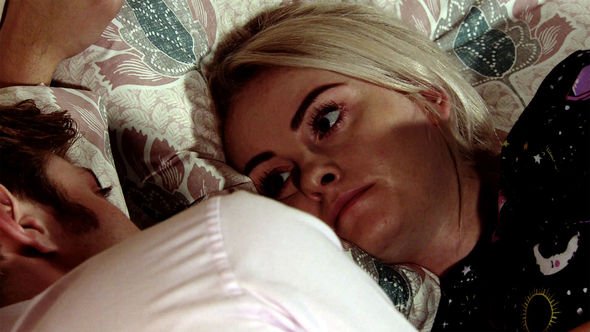 Gemma’s eventful pregnancy brought her mum back into her life as the ITV soap welcomed Bernie Winter (Jane Hazlegrove) and her family to the cobbles.

When Bernie learns that Gemma could earn a bit of cash, viewers won’t be shocked that the money hungry mum decides to take over as her PR.

After all, we did see Bernie stoop to new lows as she stole Gemma’s urine to set up a scam online pregnancy testing business.

It was only a matter of time until she comes up with another crazy idea.

Elsewhere on the cobbles, a familiar face returns but will everyone welcome her back with open arms?

Gail Rodwell (Helen Worth) is set to return to Weatherfield in coming episodes after she upped sticks and left several months back.

Returning from Thailand refreshed and well-rested, she walks straight back into drama as she finds Tracy McDonald (Kate Ford) and Sally Metcalfe (Sally Dynevor) tearing a strip off Bethany Platt (Lucy Falon).

In coming episodes Gail tries to reunite her family, but will manage to pull the Platt’s back together after everything?

With David (Jack P Shepherd) in jail, Callum’s mum Marion Logan (Kerry Peers) threatening to take Max away and Bethany on the verge of breaking up a married couple, will there be any good news for recently returned Gail?

Things aren’t looking good for the Osbourne’s either as poor Sinead Osbourne (Katie McGlynn) will play out her final scenes airing next week.

Viewers struggled to control their emotions on Wednesday in heartbreaking scenes which saw Sinead admit her time is near.