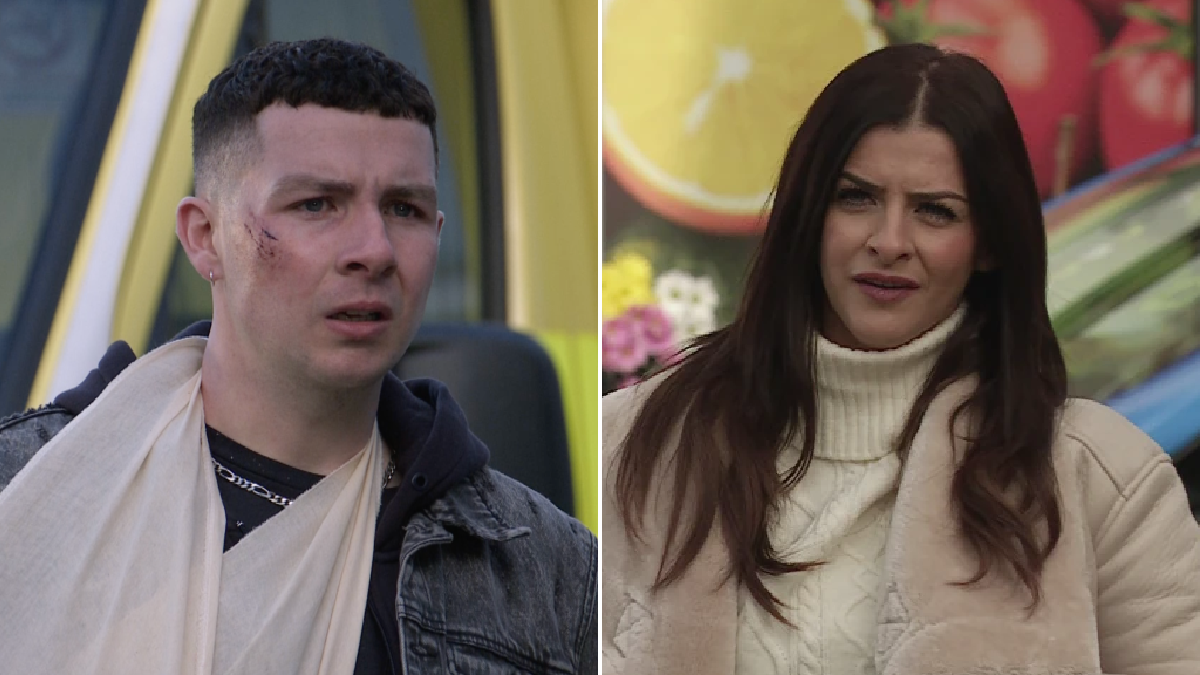 Coronation Street star Jack James Ryan has branded sister Rebecca his ‘biggest inspiration’ in the wake of her joining the show.

Jack, who portrays bad boy Jacob Hay, spoke about Rebecca’s casting in the ITV serial drama, revealing that he finds the whole thing ‘just beyond words’.

‘I was just so buzzing to find out,’ he told Metro.co.uk. ‘She’s my biggest inspiration. I wanted to be an actor and a big factor of that was since she was 11 she has been on TV.

‘It’s just incredible. I am biased but she’s a stunning actor and I know she’ll be a great addition to the cast. It’s a mad acting family!’

The actress is no stranger to serial dramas, having already appeared in Casualty and Waterloo Road, but she is perhaps best known to audiences as Debbie Gallagher in Shameless.

Jack said that Rebecca is ‘so used to being on set’, that he didn’t feel the need to give her any advice upon her joining Corrie.

‘I told her to enjoy it as everyone is so nice,’ he added. ‘I knew how much she’d fit it.

‘I showed her the toilets and canteen and bang that was it! Corrie’s canteen is top tier.’

In the wake of the news of Rebecca’s casting in the soap, Jack took to social media to tell everyone how proud he is of his sister.

He wrote: ‘Still can’t believe this is happening but I’m beyond proud to finally announce my ridiculously talented sister @rebeccaryan___ is joining the cast of @coronationstreet

‘When people asked me what I wanted to be when I grew up I’d say “an actor on TV like my big sister”. You’ve been my biggest inspiration and I’ll never be able to articulate just how proud I am to be your little bro.’