Phill (played by Jamie Kenna) was left distraught when Fiz (Jennie McAlpine) told him on their wedding day their relationship was over and she soon went running back to the love of her life, Tyrone Dobbs (Alan Halsall). In Monday’s edition of Coronation Street, the unlucky-in-love groom made every attempt he could to see if his wife would give him another chance instead of giving up on them. However, in the midst of all this, viewers of the ITV soap might have missed how he could develop a bond with Debbie Webster (Sue Devaney).

The fallout of the wedding began with Evelyn Plummer (Dame Maureen Lipman) discovering her grandson and Fiz were back together.

Evelyn was the only one who found out, however, as Phill stormed around to the Dobbs household to find out if his wife was back with her former lover.

He made it apparent if she were to have betrayed him, he would make life very difficult for her and so she persisted to ask him for an annulment.

Thinking she wasn’t back with Tyrone, Phill asked his spouse if she would join him for lunch at the bistro so they could talk it out.

When Fiz arrived at the premises, she was shocked to be greeted by a mariachi band and her husband dressed up in a suit and bowtie. 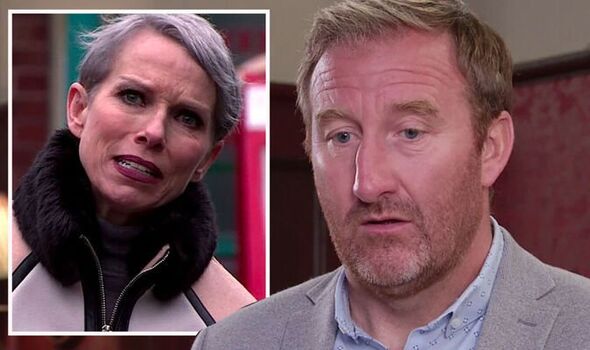 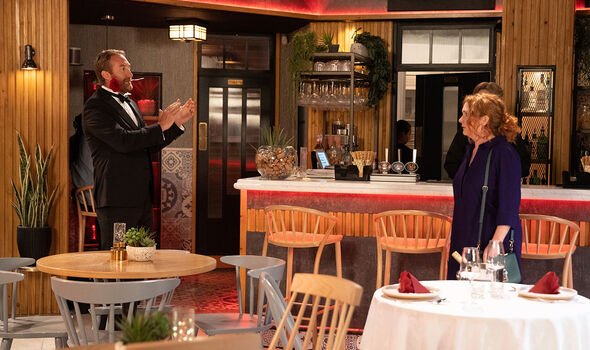 As he told her she was going to have the most romantic date of her life, Debbie watched on and squealed about how romantic it was.

With Fiz sitting nervously eating her food, Phill and Debbie were in high spirits, making the most of the music they had been provided with.

Noticing their glasses were empty, Debbie went to fill up the couple’s drinks and it was during this moment she and Phill seemed to have a bit of chemistry.

They bonded over their love of Spanish culture, a bond Phill has never seemed to forge with Fiz as they don’t have very much in common.

Although the moment was fleeting, it could be a big hint towards what’s to come in the next few weeks as a couple of storylines reach a head. 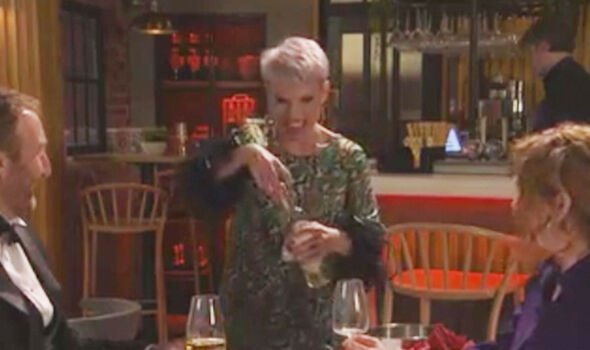 It would be a double whammy

By the end of the episode, Fiz and Tyrone felt they couldn’t enjoy their rekindled romance because Phill was acting as a roadblock.

With a two-week deadline for him to prove to Fiz why they should be together, Phill said if he couldn’t win her over, he would agree to the annulment.

However, Fiz spoke to Evelyn about her quandary and the battle-axe made it very clear she and her grandson would not be able to keep up the pretence.

This was a hint that it is very likely Fiz and Phill will not end up together and he will find out about her affair with Tyrone.

If this happens, the character could be on the lookout for a new romance as he has a lot of love to give. 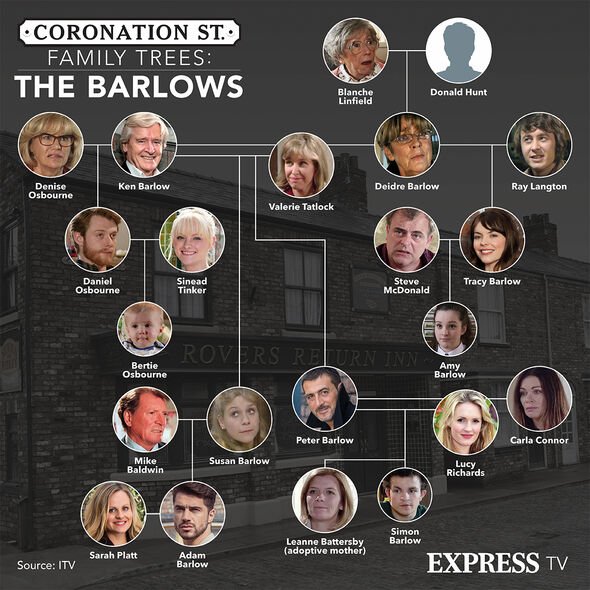 Having become an established character over the past year, he could find himself settling down in Weatherfield with Debbie.

At the moment, she has been enjoying a romance with Ronnie Bailey (Vinta Morgan) but this is all set to come crashing down later this week.

When Ed Bailey (Trevor Michael Georges) is injured whilst working at one of Debbie’s hotels, the repercussions of this could lead to the pair calling time on their relationship.

This is where Phill could step in as he would be able to comfort the businesswoman at the same time he is going through his own heartbreak.

Could they be a match made in heaven or will they realise they are better off as friends rather than lovers?

The actor who plays Phill, Jamie, has spoken out about the fallout from his character’s wedding and what this means for his character going forward.

Discussing Fiz’s betrayal by sleeping with Tyrone, Jamie explained: “I really think if he found out that it was anything to do with Tyrone, the double betrayal of that would be devastating.

“It would be a double whammy because he’s come to the street and he’s built a network but it’s all around Fiz, and Tyrone has become a good friend.

“He’s becoming a better friend by the day, he’s helped to kind of manufacture this situation, he helped Phill find the engagement ring.

“He put in a good word, so if he was to find out that it was something to do with them two, it would be a double loss and a huge double betrayal.”

So there would be no way back for Phill and Fiz from here and it seems viewers have been sharing their thoughts on the disastrous wedding on Twitter.

Yasmin wrote: “Poor Phill, he didn’t deserve that, hope he stays on regardless of what happened tonight, I mean how cruel was Fiz last night. Jamie’s a great actor by the way, like him too on-screen.”

Bernice added: “Can’t wait for Tyrone to carry on behind Fiz’s back. Phill deserves better than Fiz and troublemaker Hope #Corrie.”

Hutcherson commented: “Sorry for Phill but glad to see Fiz and Tyrone back together. They have chemistry, she had none with Phill #corrie.”

“I feel so sorry for Phill! Why did Fiz not say anything before they were married?” Zoe asked so could Phill and Debbie be a better fit?