Game of Thrones may have ended a month ago but that hasn’t stopped fans theorising about Daenerys Targaryen (played by Emilia Clarke) and her real intentions.

She undoubtedly turned villainous in the final season when she burned King’s Landing to a crisp.

However, one fan thinks they’ve spotted a link between the Mother of Dragons and the Night King (Vladimir Furdik) which may go some way to explaining what went on in the end.

The Night King’s intentions were never really explained in the series, but it could be assumed he was there to destroy humanity by wiping out Bran Stark (Isaac Hempstead Wright) who held Westeros’ entire history in his mind.

They shared: “Let’s rewind in order to exist for 1000 years in the universe one has to die first and come back to life. Jon died and his body was protected until he was brought back to life.

“In theory wouldn’t Daenerys have to suffer the same fate in order to stay with Jon 1000 years.

“Daenerys trusts one person besides herself she trusts Jon Snow. Daenerys isn’t dumb or silly or foolish. She is a calculated Khaleesi.

“The Night King wanted to kill Bran to kill the memories of man. What if Khaleesi killed King’s Landing and the Red Keep and the Iron Throne to do the same?”

Throughout the entirety of Game of Thrones, fans were lead to believe Jon was destined to kill the Night King.

He was the prophesied Azor Ahai, the Prince That Was Promised, and was supposed to rid Westeros of evil.

READ MORE: Game of Thrones: Bran Stark could have changed the Night King battle by warging 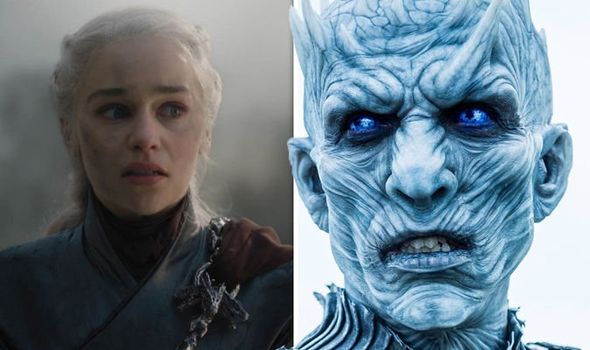 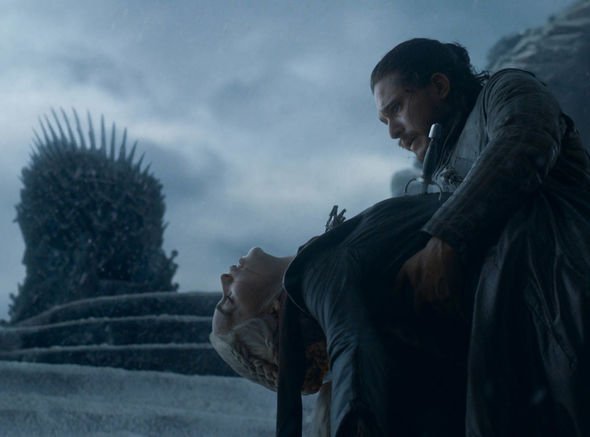 Little did he know the evil would be found in the woman he loved, let alone the fact he would have to kill her.

Daenerys wanted to kill anyone who didn’t stand by her and her Targaryen ways in the end, which was something Jon has to stop.

Furthermore, it had to be Jon who was the one to kill her to fulfil her Azor Ahai prophecy.

The theory continued: “Daenerys was isolated when she died.

“Jon told her he would always be his queen as she preached about them breaking the wheel.

“Greyworm and the Dothraki would have insisted on post death customs. Jon sat with his love and protected her while Drogon destroyed the highest ideaology of the wheel, the Iron Throne, then gently carried her to exactly where she wanted to be with her wheel broken and with Jon Snow in Valyria for 1000 years and no one will find them.” 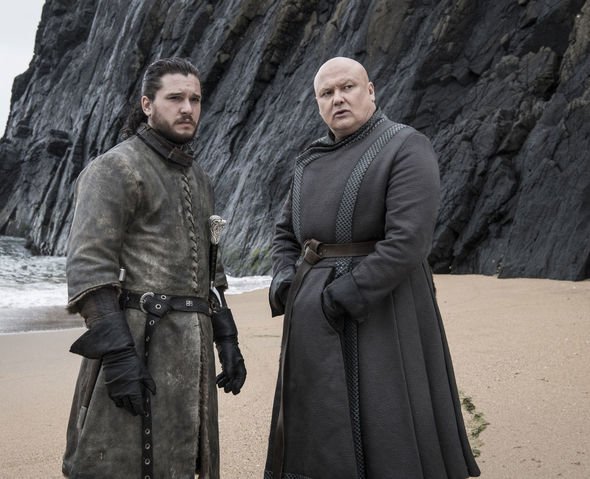 Meanwhile, when Daenerys died, she was carried away by Drogon to a mystery land.

This move was foreshadowed way back in season four when one of Daenerys’ dragons was accused of killing a farmer’s child.

Two of her children were locked up, but Drogon flew away, potentially to hide his guilt.

Putting these two events together, ladynymeria1 explained: “If this dragon was capable of enough guilt at killing one little girl imagine the torment at citywide annihilation.

“I believe that was first conveyed at his initial sighting of Jon coming to the ruins of the Red Keep.”