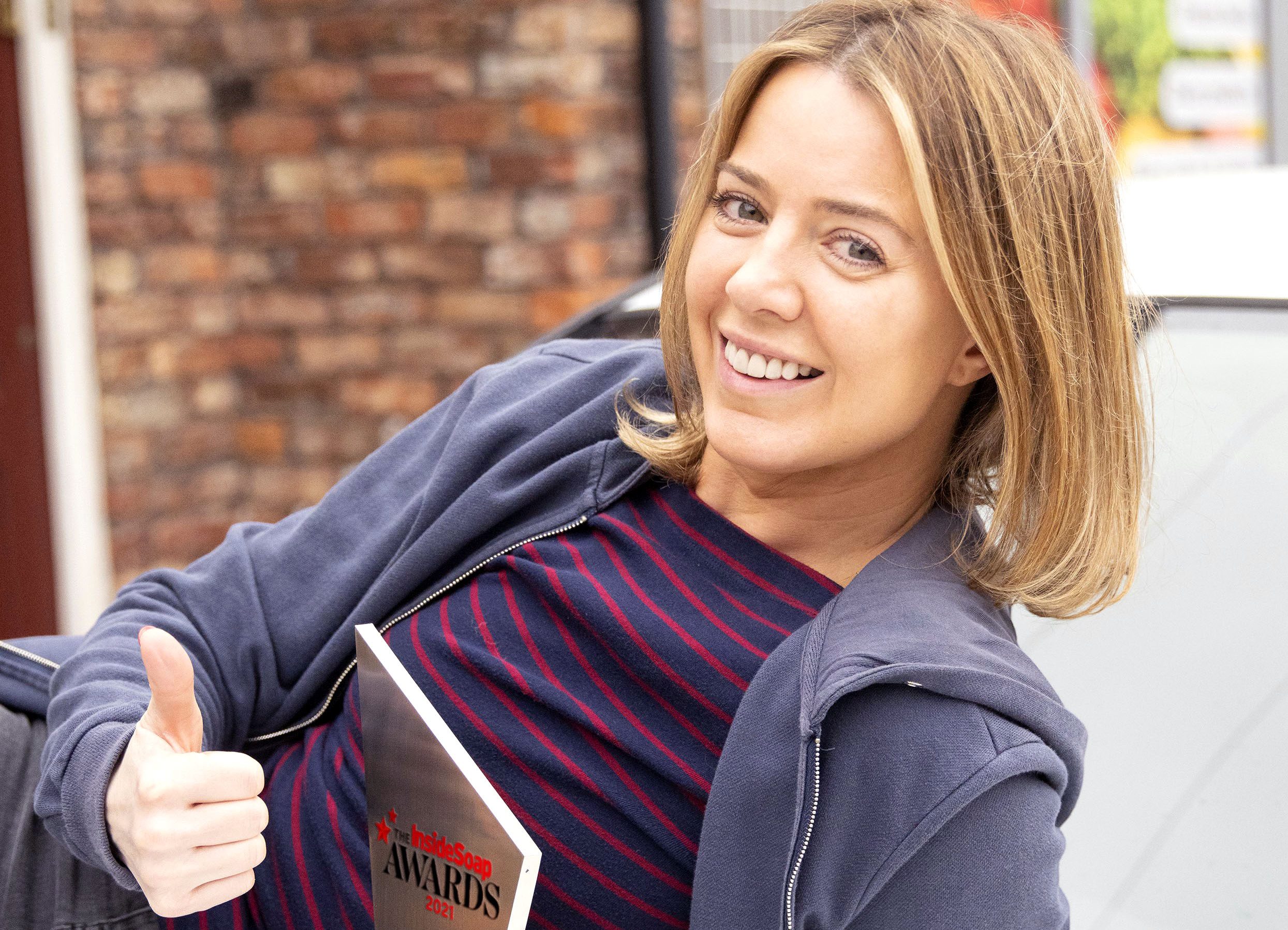 There’s no shortage of drama at this year’s Inside Soap Awards, as Coronation Street nearly sweep the board – scooping seven trophies, including ‘Best Soap’.

Inside Soap editor Gary Gillatt said: ‘The 36th annual Inside Soap Awards are dominated not so much by one soap as a single storyline: the hate crime attack on Coronation Street’s Seb and Nina, and the ripple effect it had on their families and community.

‘It’s the kind of intimate story – taking us close to an all-too-real tragedy – that packs a punch, delivered by the most talented and popular actors working in Britain today.’

Best Actress Sally Carman has wowed As Abi Franklin and she was humbly delighted by the accolade.

She grinned: ‘This is ace. I’m just so happy to be getting these storylines – and to be recognised for doing a good job is the best feeling. The writing of the storyline was so beautiful, so it was an honour to be asked to deliver those words. The great thing about Corrie is that it feels like a different job one month to the next.

‘One minute I’m filming in Kevin’s house, the next I’m in a film studio submerged in a sinkhole with a gun in my hand. Then I’m doing a scene with Dame Maureen Lipman. It’s just phenomenal to be paid to do this – so awards are a bonus!’

David Neilson, crowned Best Actor and Best Partnership, added: ‘It’s lovely for me and Mollie that idiosyncratic characters such as Roy and Nina appeal so much to viewers. They can be seen as eccentric, but they are valued and loved – and that’s wonderful.’

The Inside Soap Awards Winners 2021

The Inside Soap Awards were announced in today’s issue of Inside Soap magazine, on sale from today