BETH Chapman shows how she was a true fighter to the very end in a moving new trailer for a documentary which will chronicle her dying days.

The promo for  'Dog's Most Wanted' portrays the reality TV star showing off the fighting spirit which won her legions of fans across the world. 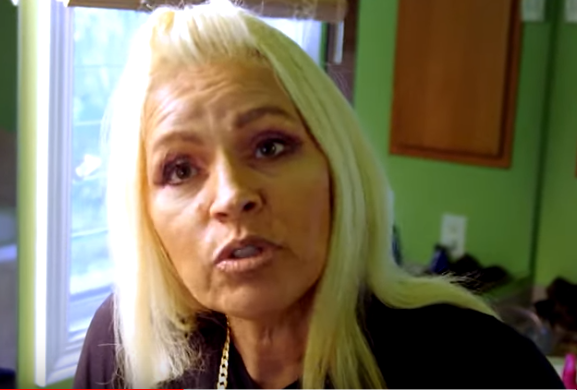 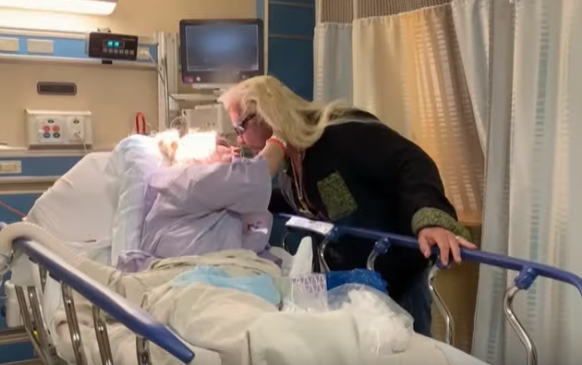 "Once you find out it is an incurable lung cancer….there's no stage five, " she tells fans but then bravely adds: "If I'm going to do die…I am going to die in my boots."

Her tearful husband Duane 'Dog' Chapman then tells the cameras: "I love her and will do ANYTHING for her."

The moving clip opens with Chapman and his close-knit team holding one of their now famous group prayer sessions.

The cameras then cut to images of Beth, 51, lying in her hospital bed as she is comforted by musclebound Duane. 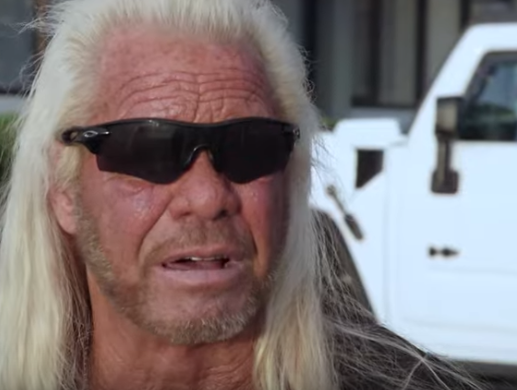 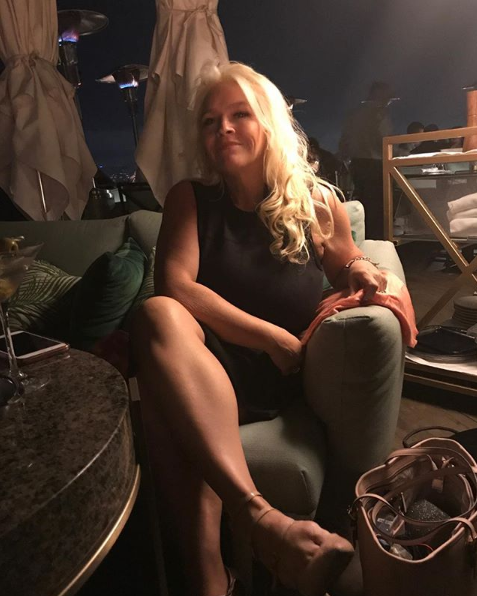 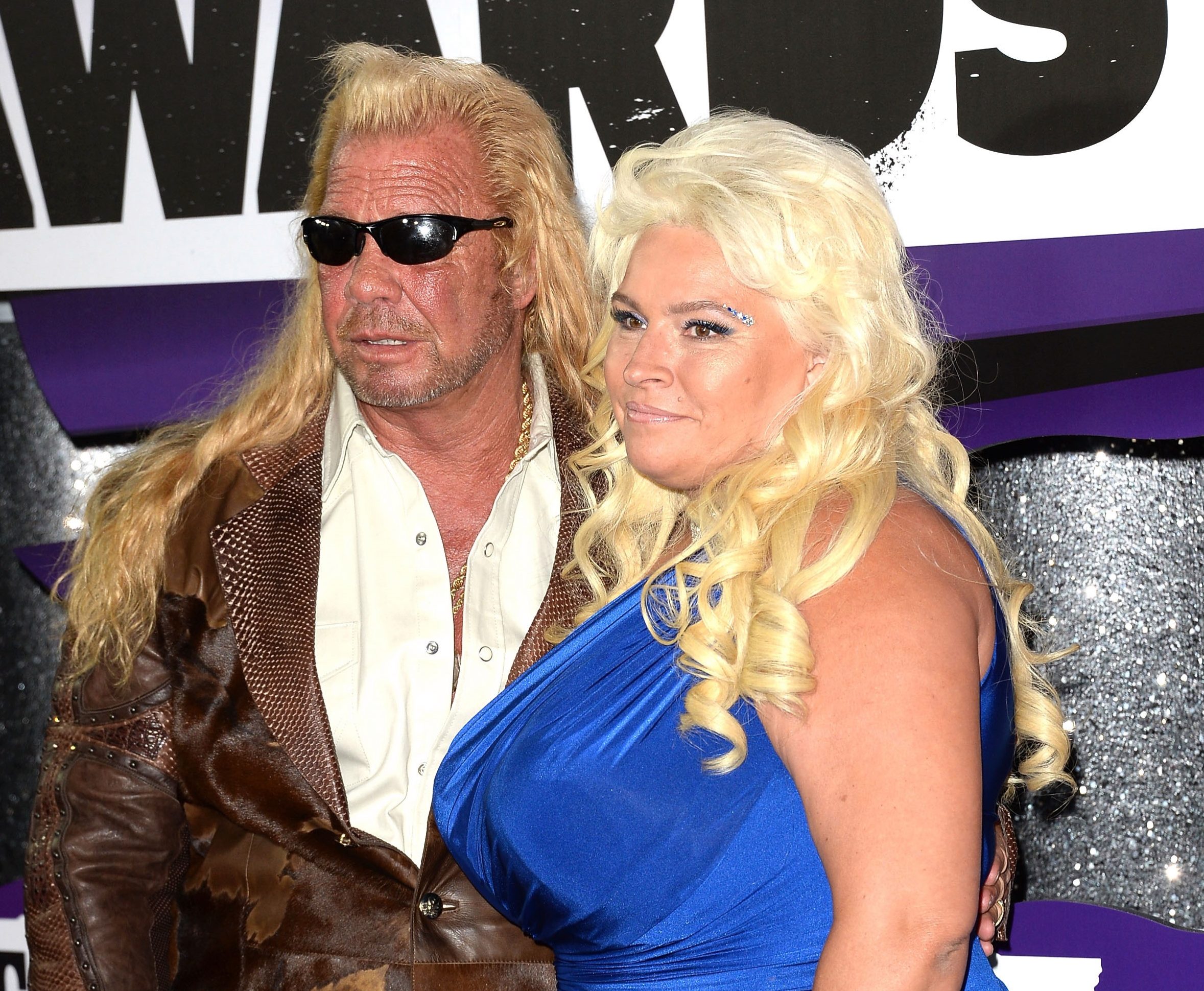 At the weekend, Dog shared a sweet snap of his late wife for the first time since she passed away less than a month ago.

The 66-year-old captioned the commemorative photo 'My Baby', which shows his wife Beth casually smiling on a lounge chair.

The heartfelt post comes almost one month since Beth passed away from throat and lung cancer on June 26.

Beth was just 51 years old when she died after facing an 18-month cancer battle.

Her husband Duane shot to fame in 2004 with Dog The Bounty Hunter, a reality series that followed his dramatic manhunts for suspects who had breached bail.

But Beth remained a TV favourite, starring alongside her husband and family.

Beth and Dog first met in 1988 when she was just 19 years old. The couple tied the knot in 2006 and became great-grandparents earlier this year.

She was last seen in public celebrating Palm Sunday over the Easter Weekend in April.

Beth shared a smiling photo of herself dolled up for the occasion on Instagram.

The 66-year-old fugitive catcher credits her for getting him over the “obstacles” in his life – which include an abusive childhood, a murder conviction, drug addiction and a false accusation of rape from his own daughter.

Beth was given a memorial "paddle out" send-off last month.

Duane said his wife asked to be memorialised in Hawaii because it was her favourite place on earth.

The TV star said: "She said, 'Please Hawaiian style … please do this right'.

"She loved Hawaii and she loved people. The people mostly she loved." 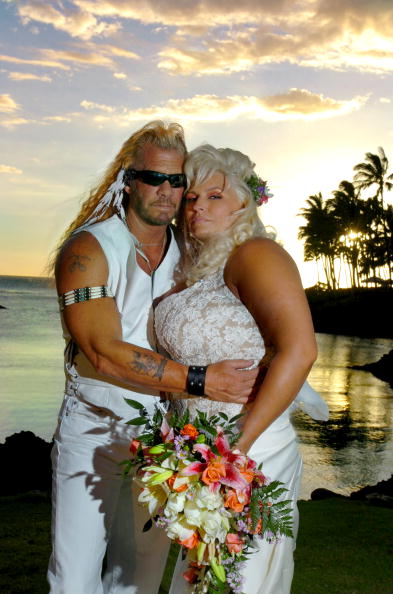 Daughter Bonnie also led tributes in a series of tweets – starting off by writing: “Love you forever mom. You’ve got a halo now.”

“I’d never thought I’d lose my mom at 20. I told her I thought she had a couple years left, but in her eyes she disagreed.”

The keychain was notorious with Beth, who could frequently be seen carrying it on TV.

Beth had undergone a number of hospital admissions in recent months, and in June she was placed in a medically induced coma.

Her final days will be revealed in new show Dog’s Most Wanted – airing on US channel WGN.

Touching scenes in the trailer show Beth stood by her husband of 12 years as he discusses her illness.

He says: "My wife, the love of my life is fighting for her life, and instead of being at home helping her, I’m out here looking for you.”

Dog adds: "So I’m warning you, in advance, may God have mercy on you when I catch you… because I won’t.”

Poignant shots show Beth’s hospital bed and a close up photo of the couple – before Dog is seen leaning in for a tender kiss.

He asked fans to pray for her, called her “my rock and my bodyguard", adding: "My baby has cancer and she is fighting like hell. I have cried a lot over this because Beth is my everything."

The release date has not yet been announced as some scenes were still being shot when Beth passed away.

Duane shot to fame in 2004 with Dog The Bounty Hunter, a reality series chronicling his experiences locating and arresting people who had breached their bail agreements.

The show was an instant hit, with viewers drawn in by Chapman's street smarts, his team, and his attempts to rehabilitate and counsel the people he was able to track down. 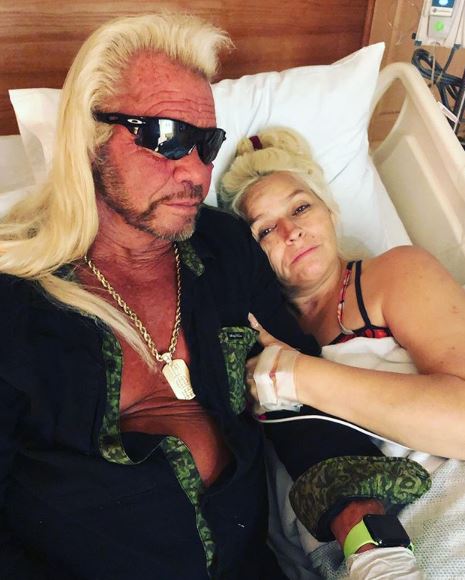 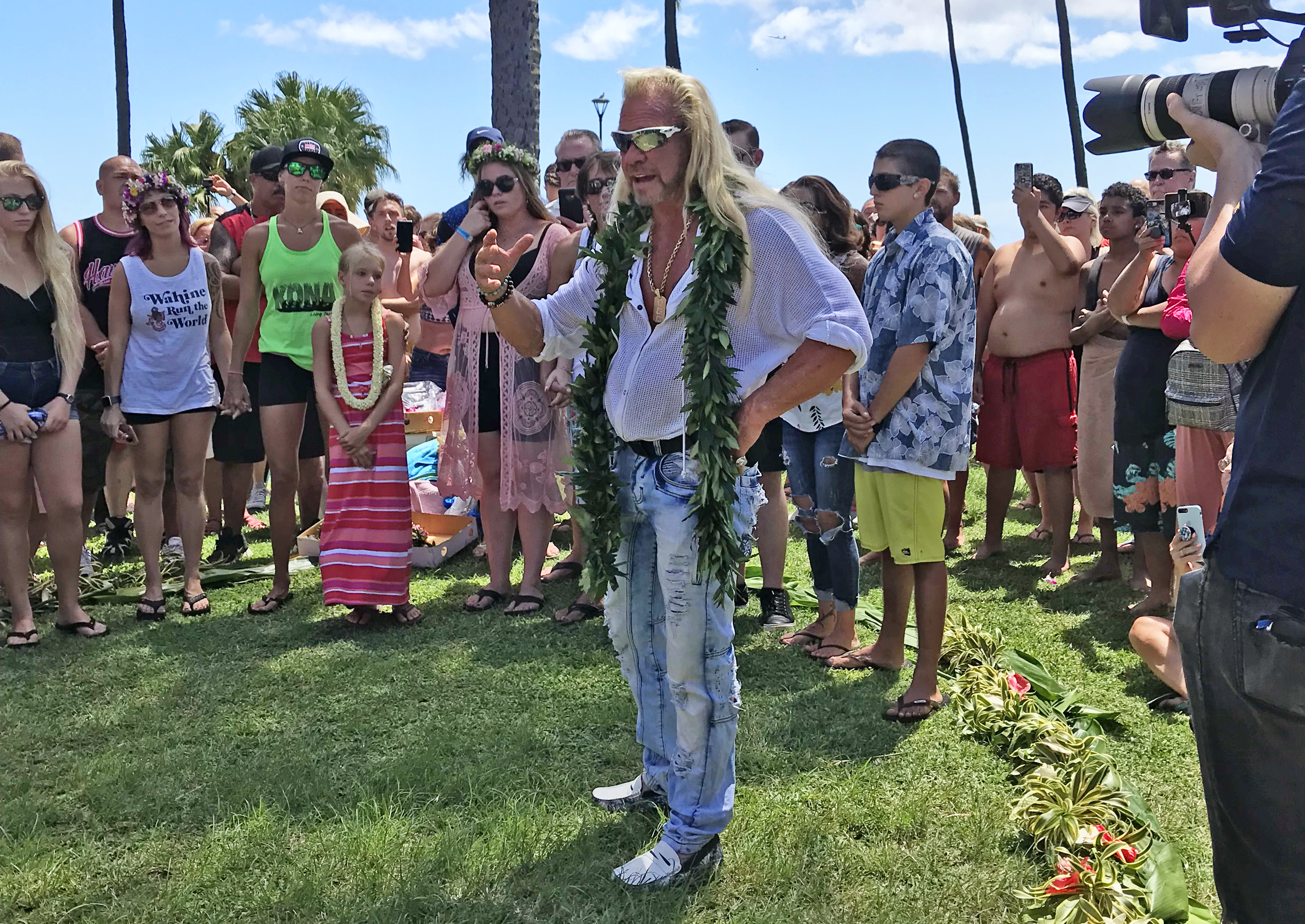 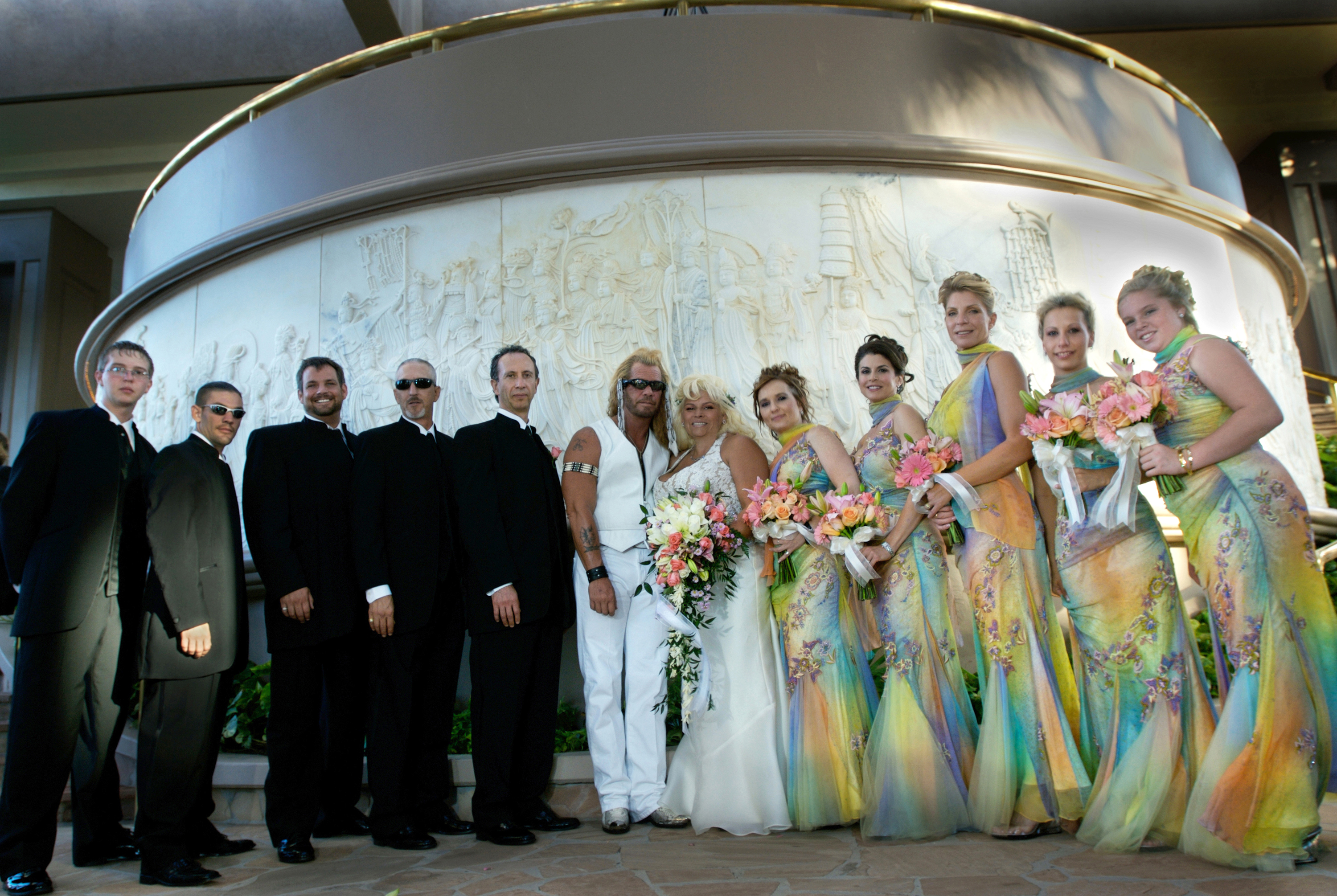 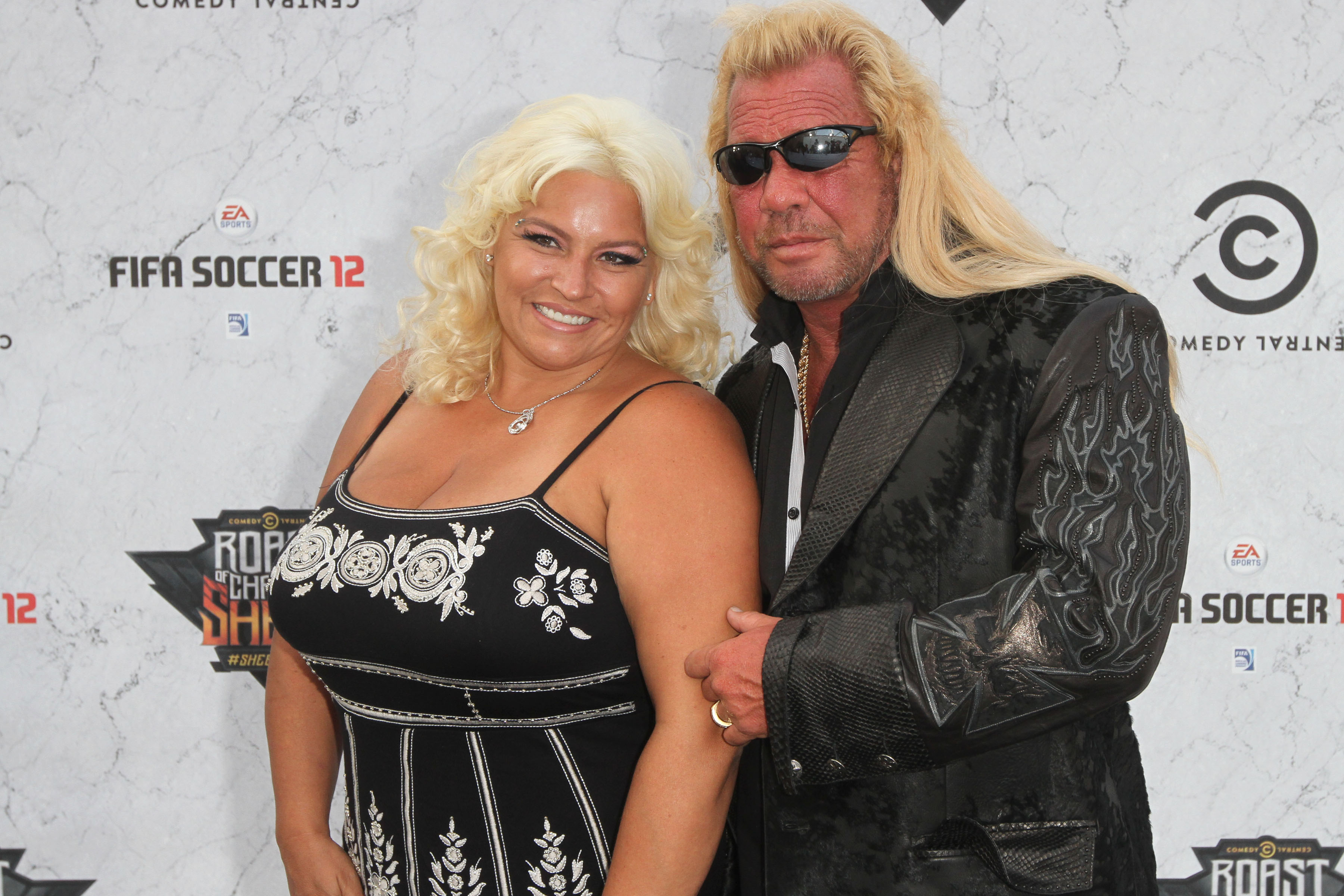