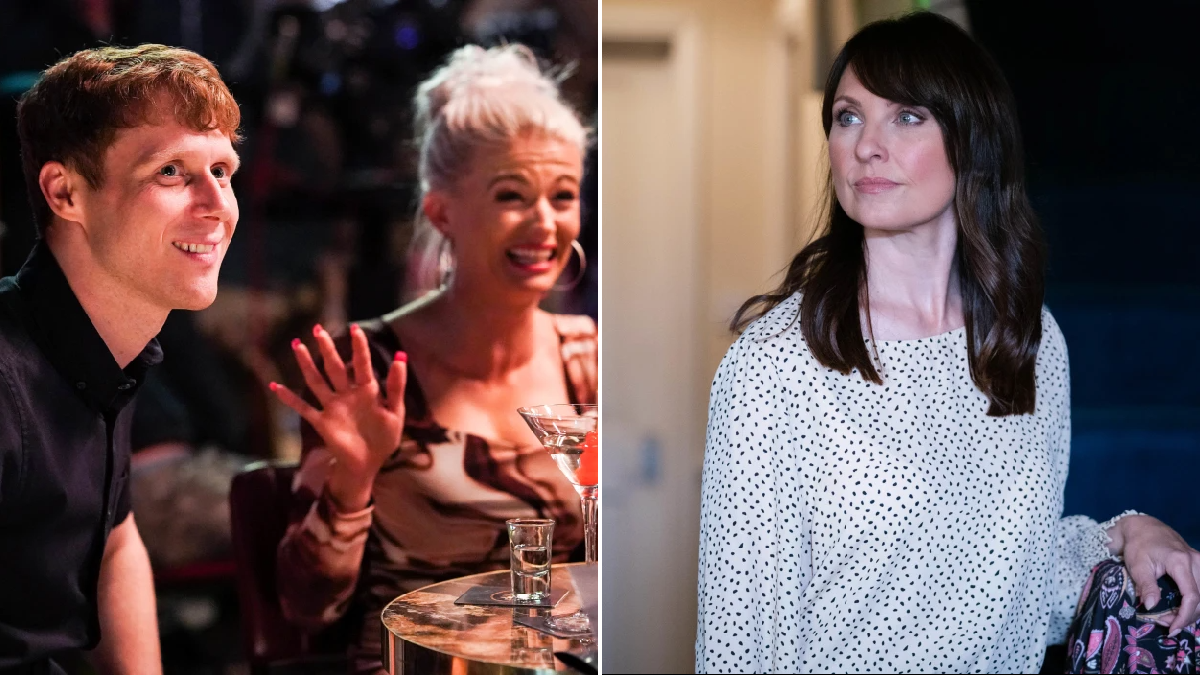 Fires may stop burning but sparks often remain and it’s fair to say that has always been the case for EastEnders lovebirds Jay Brown and Lola Pierce (Jamie Borthwick and Daniella Harold).

We have followed their love story for a number of years and the on/off couple are on one another’s radars once more as cracks begin to show on Jay’s, let’s admit it, dodgy, relationship with former stepmum figure Honey (Emma Barton).

Jay has been enjoying socialising with Lola and Frankie Lewis (Rose Ayling-Ellis) but he has been aware that this could push Honey out of the picture a bit.

So he is surprised when she is actually up for joining them on a night out.

However, she ends up falling asleep on the sofa, which leads to Lola and Frankie taking the mick out of his relationship – joking that it seems that Honey needs to look after him.

After a drunk night out, Jay returns home worse for wear and Honey is less than impressed, which causes tension between them.

It’s clear that Jay has had a good laugh though – and a lot of that is down to his enduring bond with Lola.

Could he be tempted into her arms behind Honey’s back?

Whatever happens, anything that does flourish will be short lived as it has been revealed Lola will depart the show in tragic circumstances.

With confirmation that Lola will pass away from a brain tumour, Jay is set to be left gutted to lose her for good, as he cares for her in her final days.

Discussing Lola’s exit along with other names including Stuart, Peter, Dana and Jada, an EastEnders insider told Metro.co.uk: ‘Whenever a new boss comes in there’s always going to be big changes and it’s no different with Chris.

‘He’s been working hard behind the scenes since January and is really planning to shake things up which means saying goodbye to some characters.’

They continued: ‘It’s nothing personal to any of the cast going, it’s simply a creative decision – for big storylines to happen you have to say goodbye people, that’s the nature of soap.

‘Chris has some really big stories planned and viewers will see his stuff starting to air over the summer.

‘He’s really keen to take the show back to its roots, build up the clans again with some big explosive long running stories. It’s an exciting time to be on the show.’

The question is, will Jay and Lola have one last shot at love before being ripped apart forever?