Emmerdale aired several scenes with Nate Robinson (played by Jurell Carter) in this week which left viewers very wary of the newcomer and his intentions.

Official soap spoilers revealed he would become embroiled in an affair with Moira Barton (Natalie J. Robb) which kicked off with him kissing his boss very passionately in the barn, leaving her incredibly flustered and confused.

However, there is great speculation as to his behaviour and actions, and fans think he is interested in one thing; destroying Cain Dingle’s (Jeff Hordley) life.

But why does Nate want to hurt Cain?

It seems Nate is attacking Cain from all angles. Viewers saw Nate embark on relationship with Amy Wyatt (Natalie Ann Jamieson), the ex of Cain and mother of his son Kyle.

Having had a turbulent relationship with Cain, Amy has been trying to impress him so she can spend more time with her son.

But Nate has been putting ideas into her head and convinced her to fight Cain for legal custody, much to the annoyance and frustration of Cain and Moira.

Alongside this, Nate thinks the perfect way to bring Cain down is to ruin his marriage.

With his good looks and confidence, Nate has been tempting Moira to stray and it seems the farm owner is going to fall into bed with him soon.

But what are his intentions? 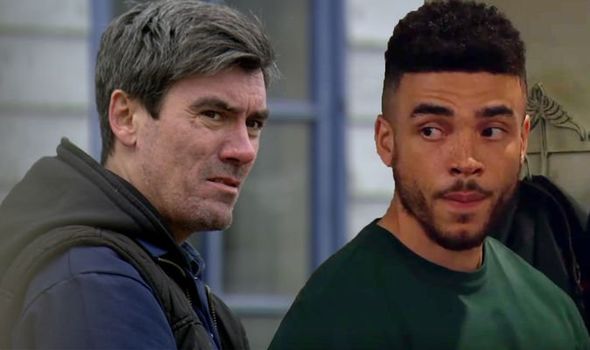 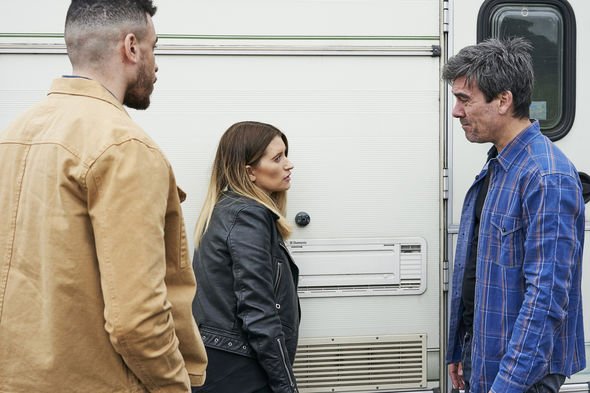 Some viewers took to Twitter and suggested Nate is Cain’s long-lost son back for revenge.

One said: “My theories, 1, Nate is Cain’s long lost son after carousing somewhere before he arrived in the village. He’s younger than Debs. 2, Cain has wronged an associate & his son, Nate, wants revenge. I’m going with theory 1 #Emmerdale.”

“There’s nothing remotely attractive about Nate, so why would Moira be interested in him? #Emmerdale Is he Cain’s long lost son? If so, is he trying to hurt Cain for not being in his life when he was a child, by helping Amy do the same with Kyle – it makes no sense,” another added.

Someone else wrote: “Nate has past history with Cain me thinks. Wonder if he’s a long lost son? #Emmerdale.” 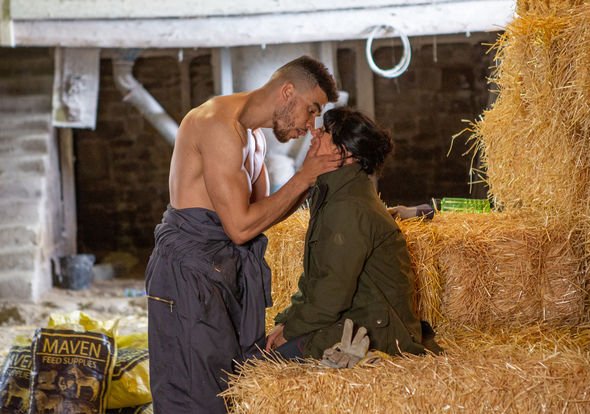 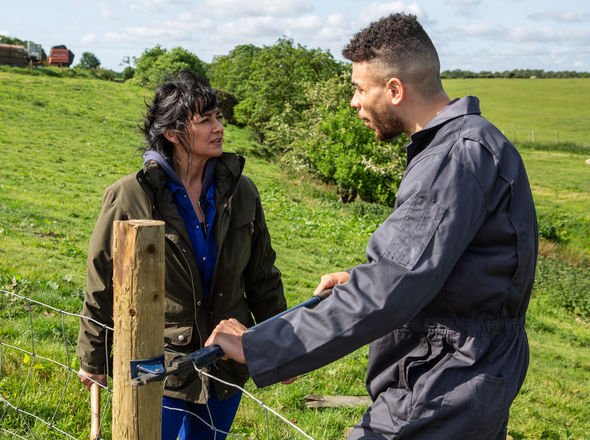 Why do you think Nate is around?

Others think Nate is working for Kim Tate (Claire King) in a revenge twist.

“@emmerdale Is Nate working for Kim or Joe or Graham against Cain? #Emmerdale,” a fan suggested.

A second chimed: “I think Kim brought Nate in to take everything away from Cain, that’s why he’s pushing the custody battle for his son then he will bed Moira. All because Cain turned her down and made a fool of her #Emmerdale.”

Elsewhere in the soap, there is a possibility Graham Foster (Andrew Scarborough) could be bringing Joe Tate (Ned Porteous) to the village.