FIRST Dates viewers were left choking on their dinners tonight when a pensioner gave her 71-year-old date a knitted willy warmer.

Retired French teacher Jean admitted she hadn't been on a date in 18 years before taking part in the First Dates Valentine's special. 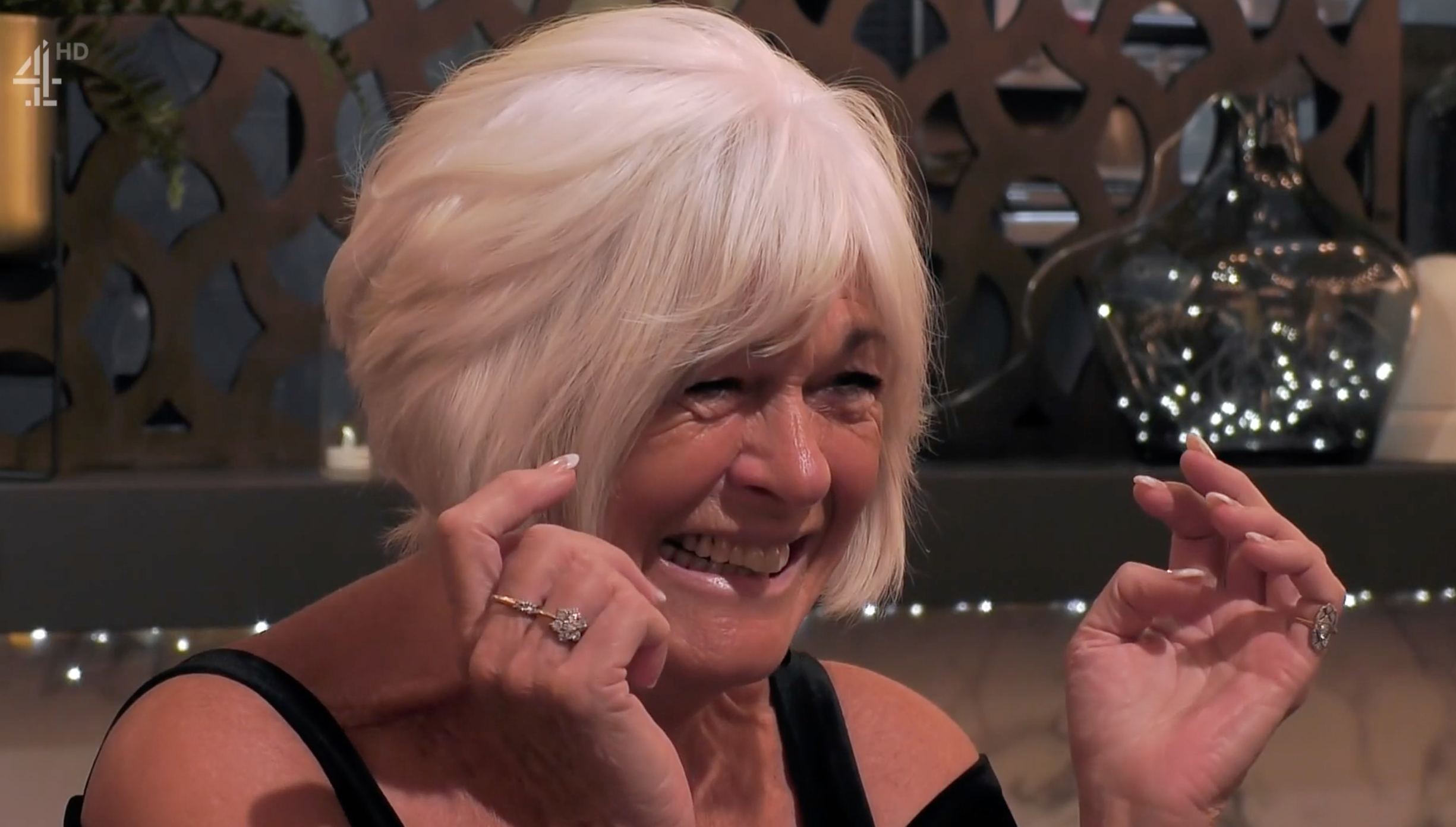 She decided to present Roger, a former Labour politician, with a handmade woollen penis warmer after they hit it off at Fred Sirieix's Manchester restaurant.

Viewers were rooting for lonely Roger from the start after he told show producers: "All these special days you want to spend with someone special."

The twice married pensioner had also revealed his second wife left him after 35 years together, and said finding love again was tough because women his age often didn't want to commit.

But his luck was in with "old romantic" Jean who wanted to meet a tall man with grey hair, and who had his own teeth. 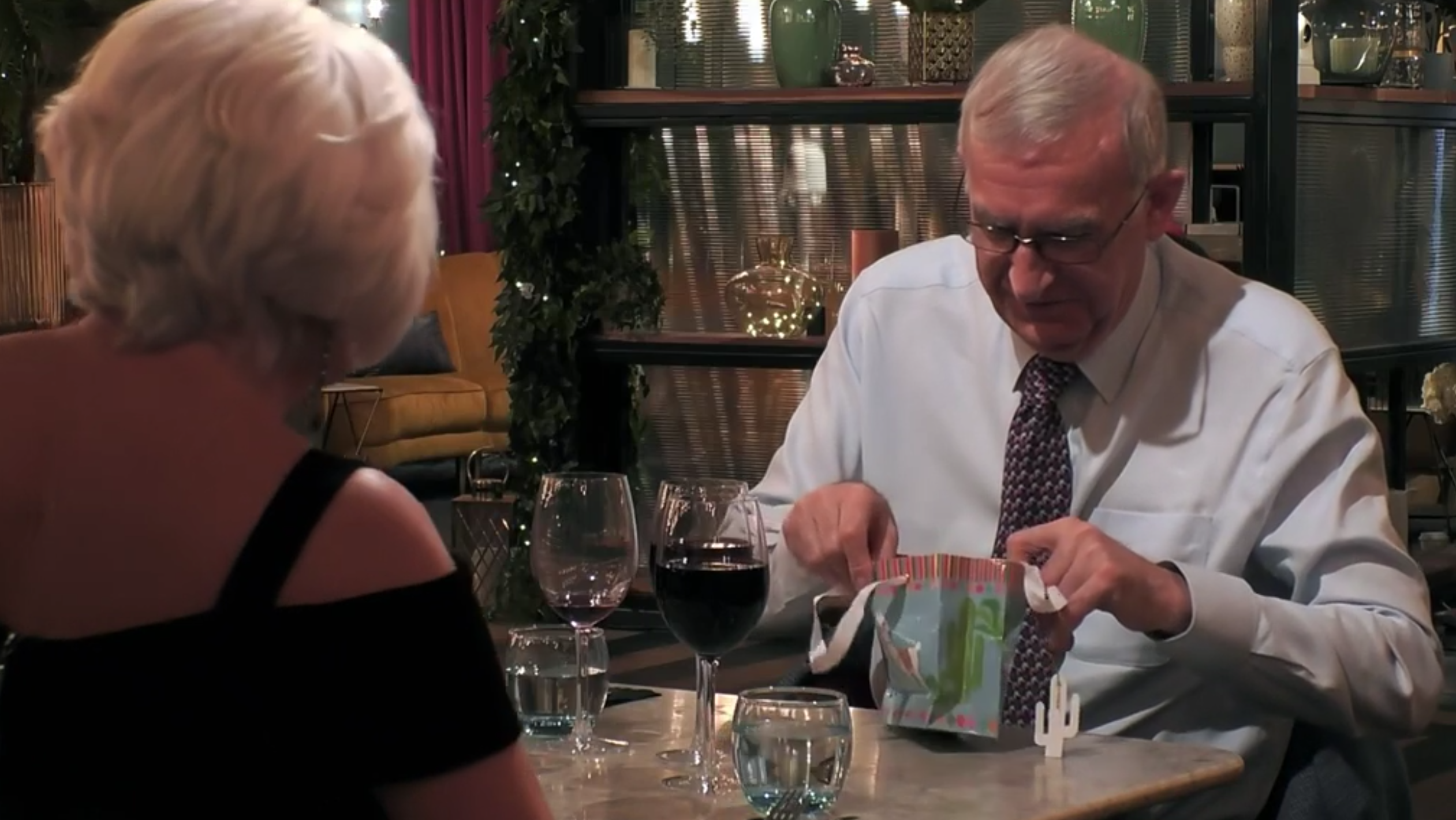 After a glass of wine, Jean plucked up the courage to give him a special gift.

She said: "I've got something for you as a gift. I hope you like it. I knit."

He said: "That's very sweet of you. What is i, a willy warmer? I can honestly say that no one has given me this gift before.

"Is it bit enough? Oh you are risky Jean!" 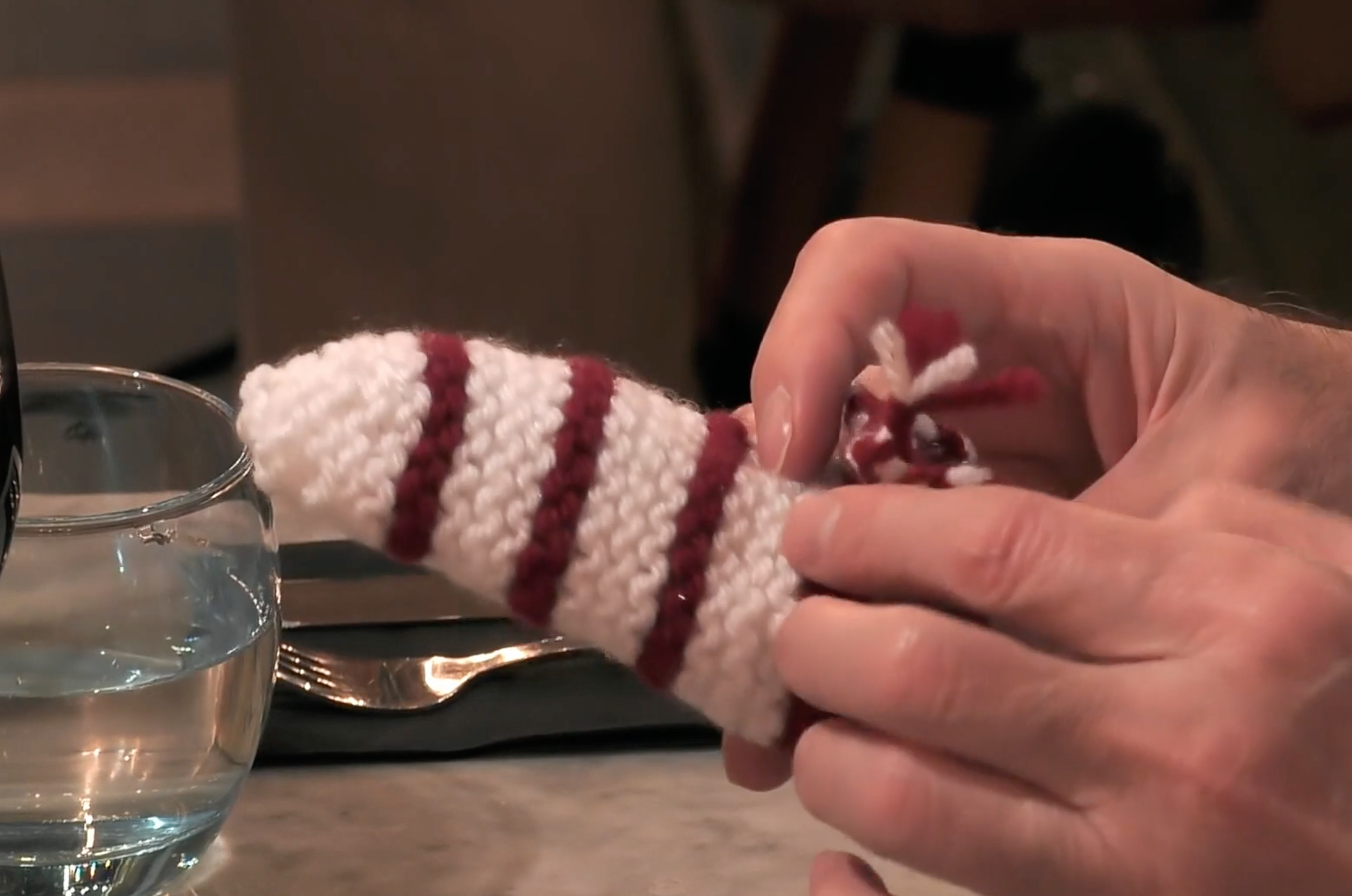 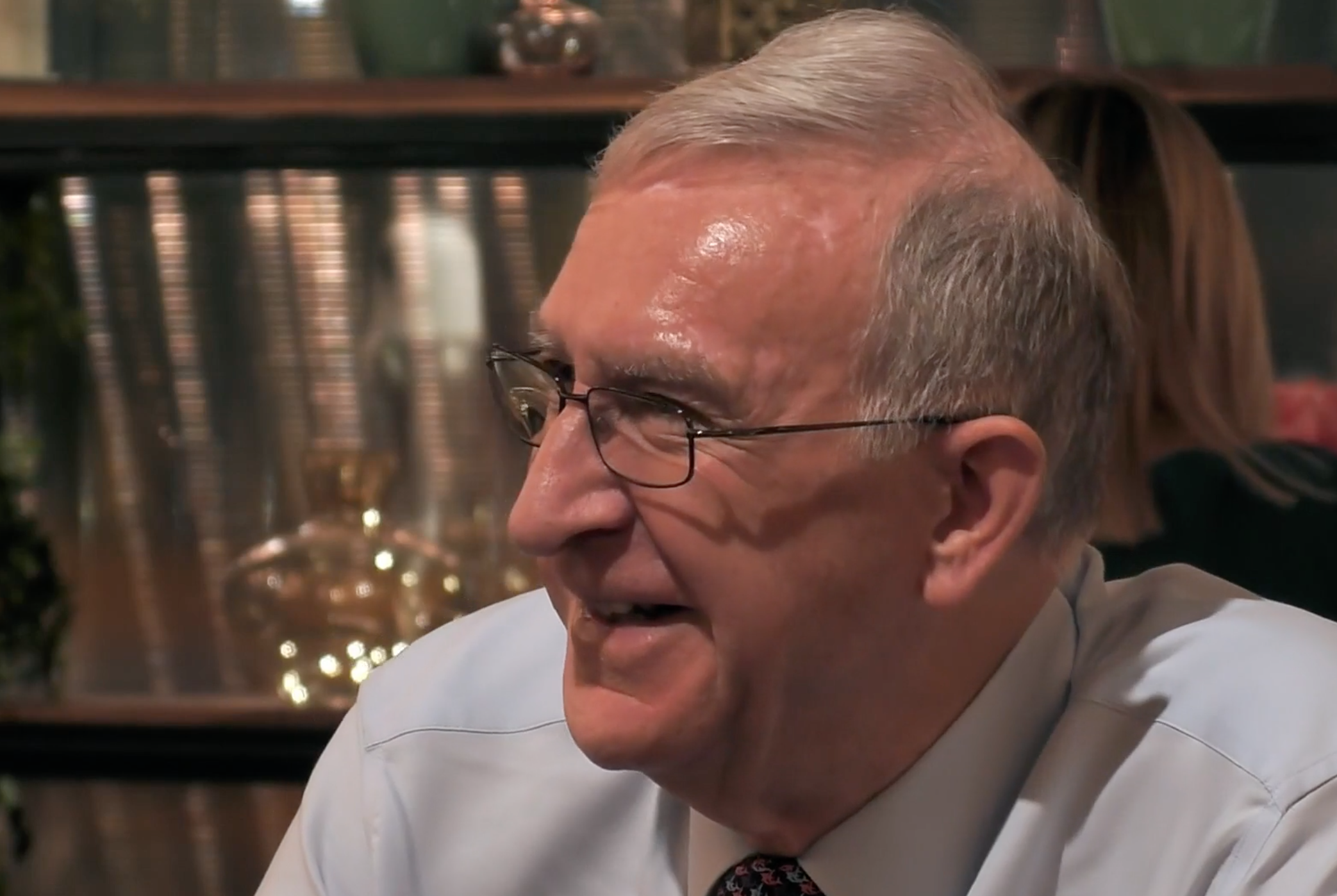 People at home were impressed by Jean's shock move, with one tweeting: "How to get a second date: present him with a willy warmer. Noted."

Another said: "Ummm what? My brain didn't process that at all. Willy warmer???? But why?"

And one more wanted to know: "So does the Willy warmer just stay on, is it elasticated, is there some string to tie it up. So many questions" 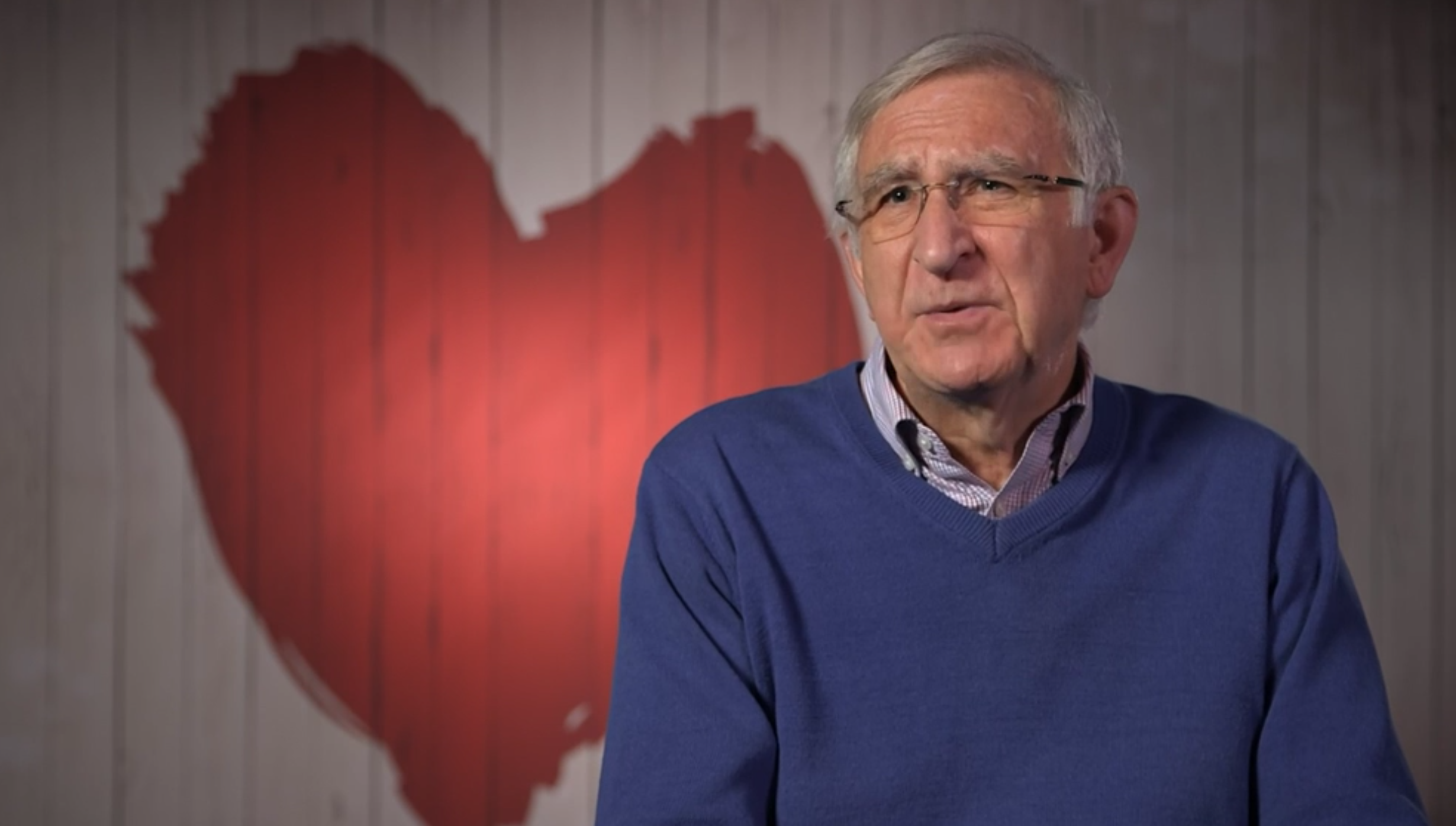 At the end of the show it was revealed Jean and Roger had continued seeing each other.

Last week, First Dates fans were left stunned as two daters admitted to knowing each other and that they'd had SEX – many times.

They went on to reveal they had been "friends with benefits for a while" and had enjoyed a sexual relationship. 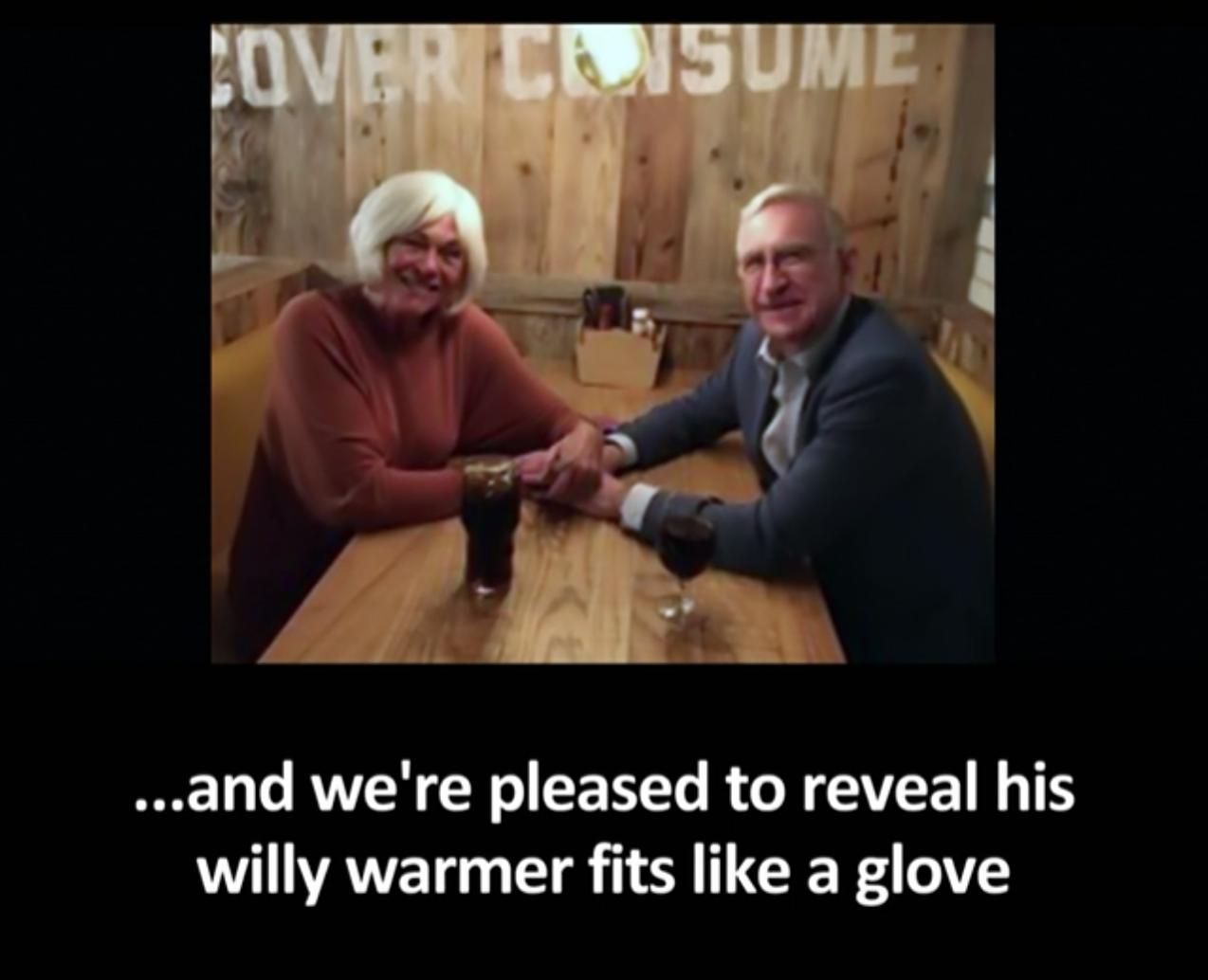