Almost two months after the last episode of Game of Thrones aired on HBO, fans are still mulling over the devastating finale which saw many of their favourite characters killed in the race to the Iron Throne.

The show quickly fell from grace with many fans outraged with the way their favourite characters each came to their own bitter end, wanting each and every one to be done justice.

Fans were particularly upset with the death of the queen of dragons Daenerys (Emilia Clarke), but some fanatics think viewers missed something big.

Reddit user gooserobins took to the site a few days ago to share a new theory on the white-haired leader.

The user said: “Re-watching this scene I was thinking about the books when Daenerys is haunted by the line ‘If I look back, I am lost…’ and I noticed that both times she gets to the throne she looks back to her love, first for Drogo and at the end for Jon.

“What are the odds this was intentional by D&D [Dan Weiss and David Benioff]? Or just an interesting coincidence. I interpret it that she has a lapse for love where she puts her goal for the throne aside for a moment and she is lost.”

The theory is certainly an interesting one suggesting the obstacle of love ultimately lead her to her death and it was the biggest hurdle to reaching her greatest goal.

Some fans were quick to pass this off as a coincidence, but some did recognise an element of foreshadowing in the key season two scene.

One user added: “It was foreshadowing I think with Drogo representing Jon but nothing about her death I guess, probably because they didn’t know (got the ending after season 3).”

Indeed, after the final season’s backlash saw many fans claiming the deaths of their long-term favourites were rushed, perhaps it’s unlikely Daenerys’ death could be decided so early. 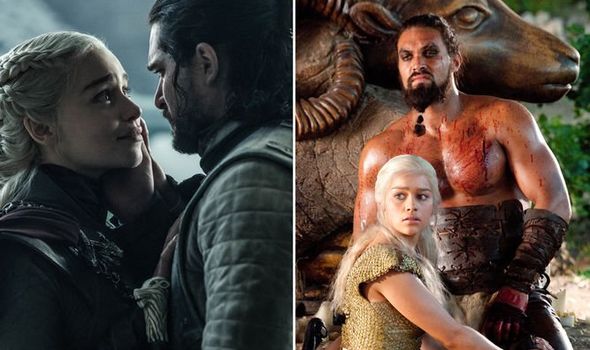 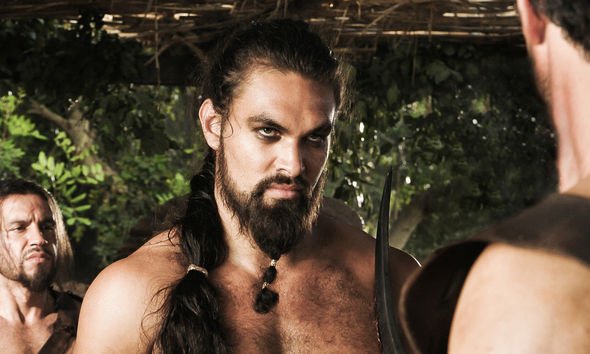 However, some users were quick to defend the writers of the famous series.

A second user added: “This sub will say the writers did a terrible job, but it’s obviously not true. The season was rushed.”

A third user went on to suggest an alternative timing to the death, suggesting fans were not conflicted enough when she was killed.

The user said: “Personally I wish the S8 one was closer to the first, a fascinated girl with a dream.

“It’s easier to connect with and when Dany just has crazy eyes most of the time it’s too easy to hate her I think. 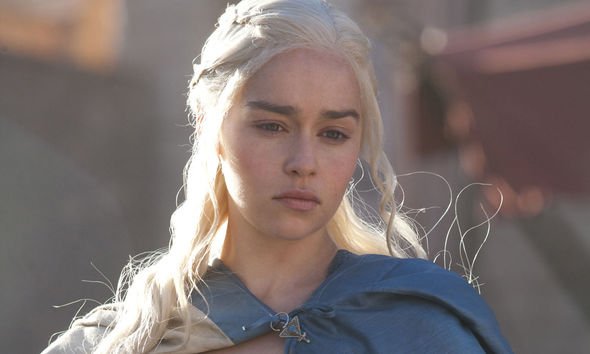 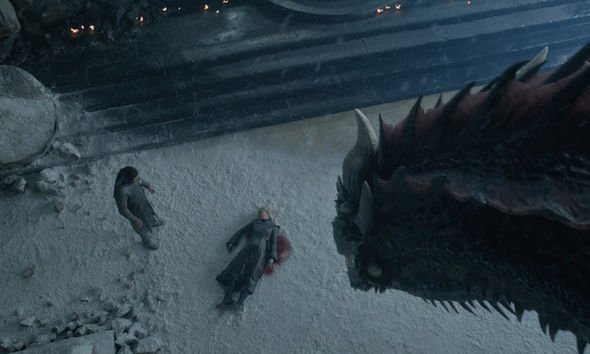 “We should feel more conflicted and then when she’s stabbed, sad too. I think Emilia Clarke does great at the role she’s given to accomplish, I just wish that role had more nuance like, say, Cersei did.”

However, the divided fandom saw some fans satisfied with the theory on her death, pleased that her vision was fulfilled.

A third user added: “Even after all the s**t she’s done I still felt happy for her here. Cool how her vision got fulfilled, she turned around and died in both.”

Although we are unlikely to find out if there is any truth behind the theories, fans can only predict season eight will divide the fandom for years to come.