“If this murderer were Muslim, Black, or basically anything other than white, there is no way killing innocent people would be characterized as ‘having a bad day,’” Jemele Hill noted 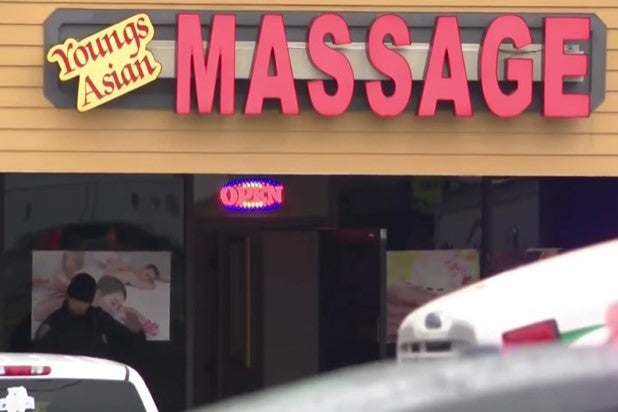 Speaking at a press conference about the mass shooting at three massage parlors outside Atlanta whose victims included six Asian women, Baker said Long had told investigators he targeted spas to “take out that temptation” from his “sexual addiction” issues.

But many online seized on Baker’s remark that “”Yesterday was a really bad day for him and this is what he did” — and suggested it was the latest case of law enforcement seeking to underplay crimes when the suspects are white.

“Yeah, that makes sense, because nobody else has really had a bad day in the last year or so. Christ on a crutch, what apologist bulls—,” tweeted John Rogers, writer of “Leverage” and “The Librarians.”

“This is what we are NOT going to do,” tweeted comedian and writer Jenny Yang. “We are not going to describe a killer going on a MURDER SPREE OF ASIAN WOMEN as “HAVING A BAD DAY FOR HIM.’”

“If this murderer were Muslim, Black, or basically anything other than white, there is no way killing innocent people would be characterized as ‘having a bad day,’ writer and author Jemele Hill added.

Baker claimed that Long “was pretty much fed up and at the end of his rope.” He also stopped short of confirming that Long’s attack was racially motivated given the victims he chose, instead citing an issue with sex addiction and the fact that Long frequented a spa and salon where the murders took place. “It’s a temptation for him that he wanted to eliminate,” Baker said.

Over the course of the past year, violence and harassment against Asian Americans has topped over 3,000 incidents.

Author Ayelet Waldman also objected to Baker’s commments. “”He was fed up, at the end of his rope,” Baker said. “He had a bad day, and this is what he did.” Atlanta Police Chief Baker. I mean, who among us can’t relate? I’ve had bad days and shot 8 people of color. Haven’t you?” she asked sarcastically.