Gyles Brandreth has revealed to fans that he accidentally broke his wife Michele's wrist after tripping over while stargazing.

The writer, 72, took a tumble over a tree root before colliding into Michele, who then fell over onto the pavement. 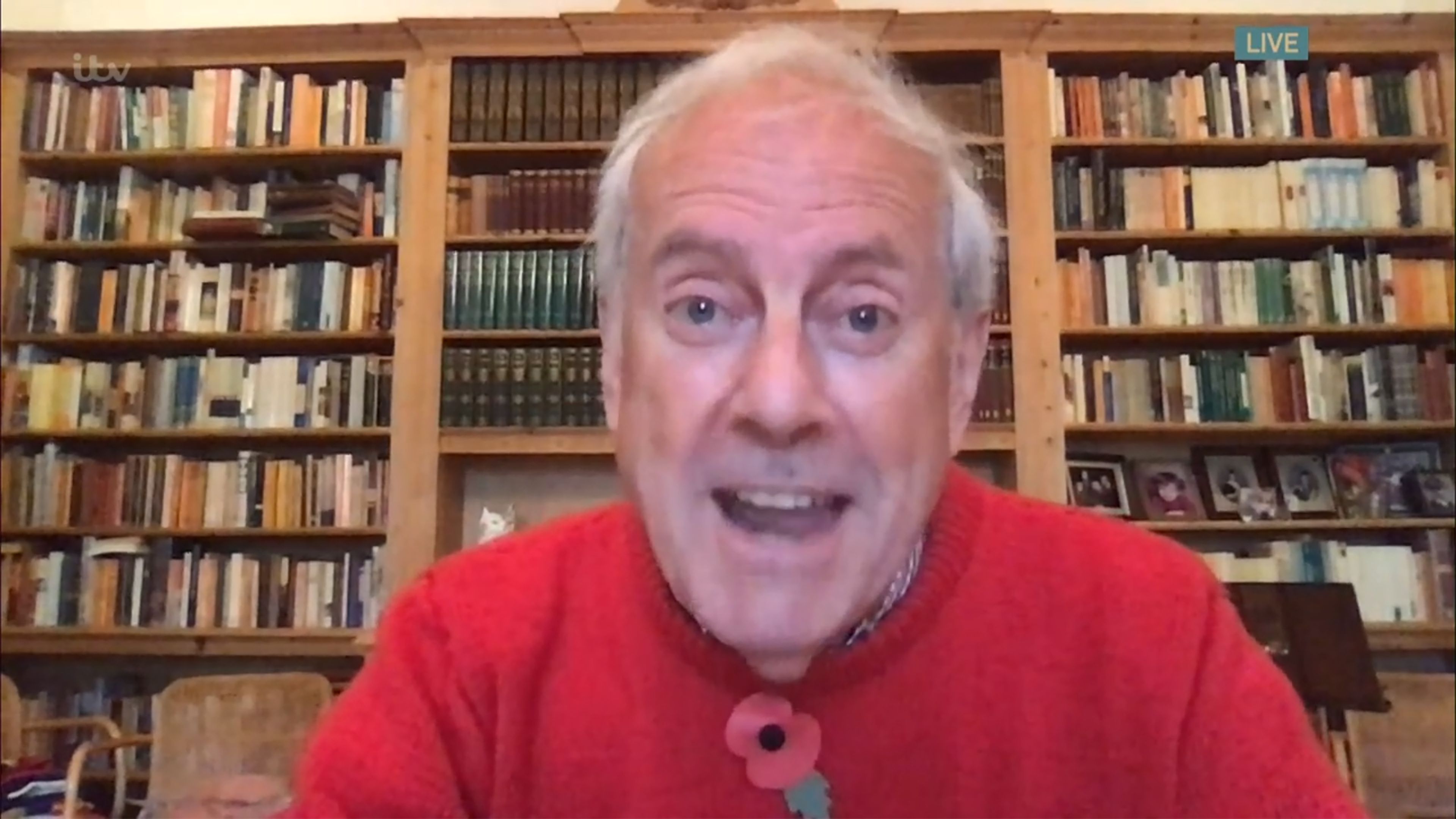 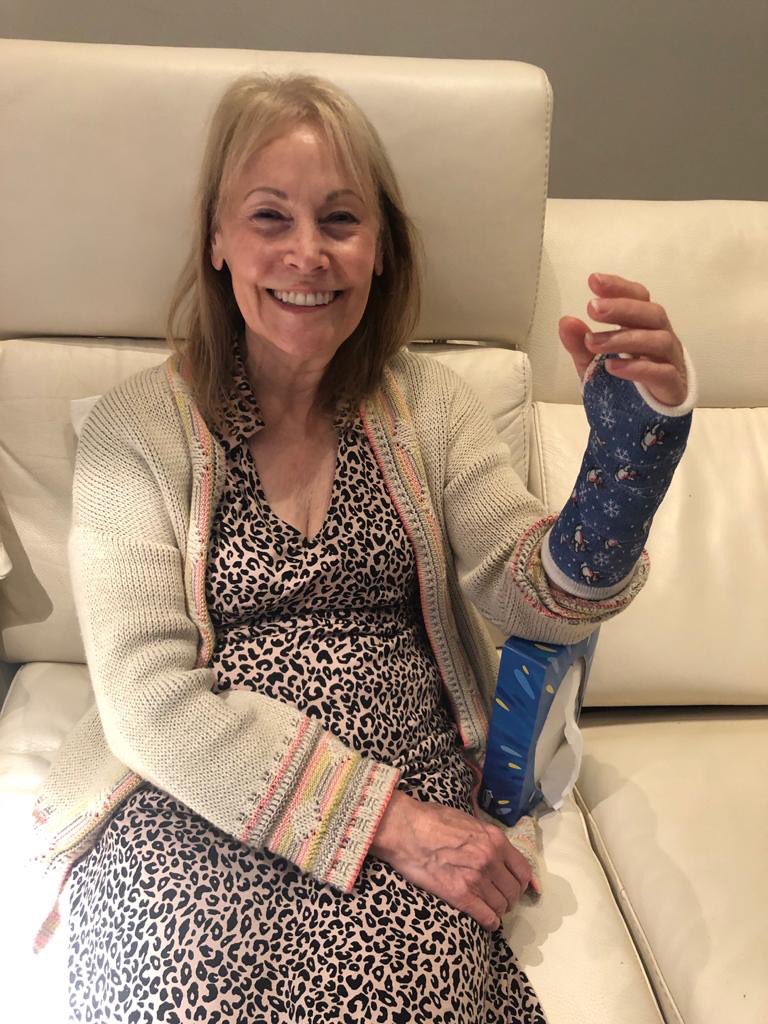 Gyles' wife is now sporting a Christmas-themed plaster cast after an X-ray at Chelsea and Westminster Hospital confirmed the break.

Telling his followers about the unfortunate incident on Twitter, Gyles has confirmed his lovely lady is "on the mend".

Alongside a snap of Michele's arm, Gyles tweeted: "This is the festive plaster cast the ace people at Chelsea & Westminster A&E gave my wife when she broke her wrist.

"Looking in the air I tripped on a tree root & toppled onto my wife who hit the pavement! Aaargh! She’s on the mend happily & I’m doing all the cooking. Result." 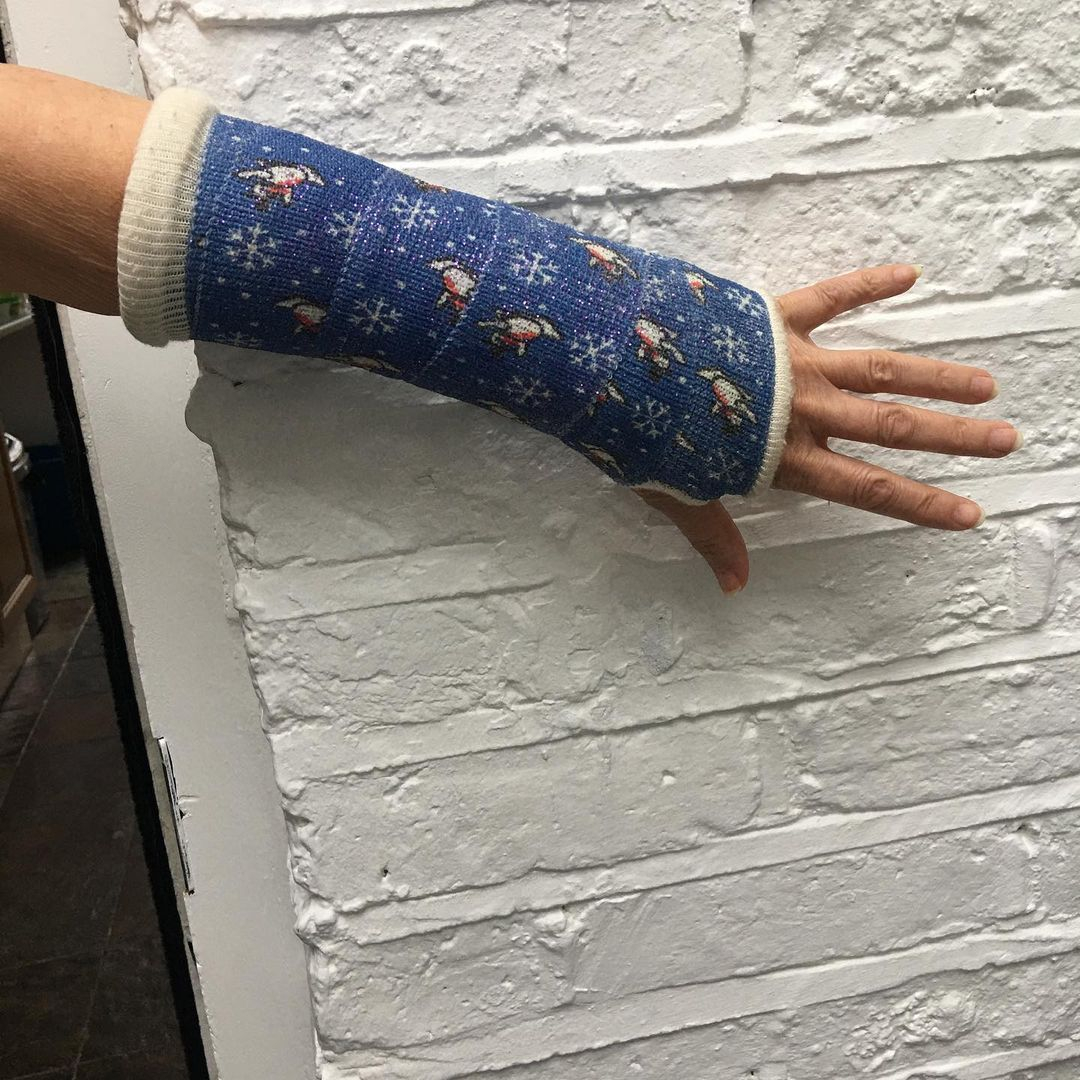 Gyles later uploaded a snap of Michele smiling in her arm chair, alongside a message from his injured wife himself.

The note read: "Huge thanks for all your lovely messages – really appreciated.

"Here I am resting my arm on a box of tissues while waiting for Gyles to arrive with the next gourmet meal!

"Sending sympathy to anyone in similar circs. Thank you & Merry Christmas to you all!” 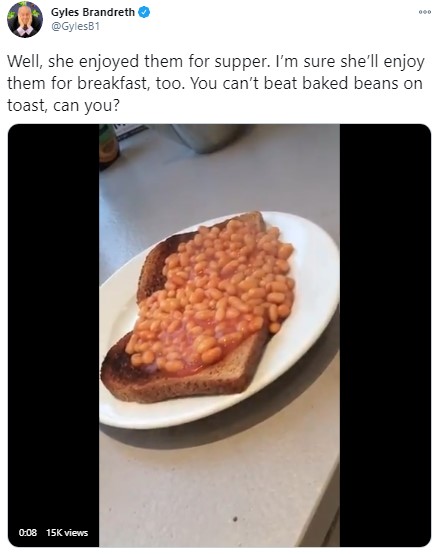 Michele has been inundated with get well messages from Gyles' Twitter followers.

His showbiz pal, Jenny Eclair, tweeted: "She’s a saint and far too good for you – wishing you both well – and a speedy recovery x."

Another pal wrote: "Oh no! Please send our love and best wishes to your unfortunate, delightful wife.

"I hope you heal quickly, Michèle. Gyles has done it again! He’d better wait on you over Christmas."

Staying true to his word, Gyles has since cooked Michele a slap-up meal…of beans on toast.

He told his fans: "Well, she enjoyed them for supper. I'm sure she'll enjoy them for breakfast, too.

"You can't beat baked beans on toast, can you?"

Meanwhile, Gyles has delighted fans by sharing a video of himself reciting Shel Silverstein's poem Snowballs while wearing a jolly Christmas jumper.