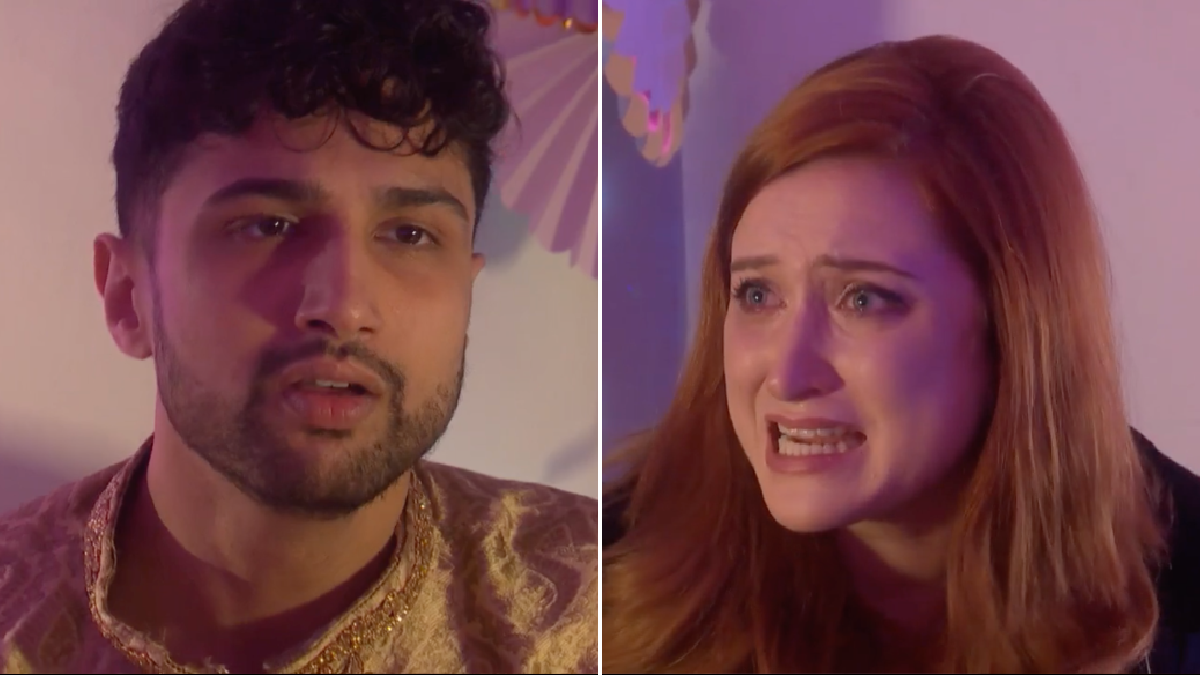 The lawyer had her heart set on being with Shaq for the rest of her life..

Shaq, however, is determined to marry Nadira, craving a fresh start, hoping to leave his old life in the past to show that he’s nothing like father Ali Shahzad (Raji James).

He returned Verity’s grandmother’s ring to her, declining her proposal, and subsequently proposed to Nadira instead, leaving Verity heartbroken.

Determined to give Shaq a piece of her mind, she headed over to his engagement party, confronting Nadira and explaining that Shaq was all set to marry her yesterday.

Nadira was stunned by the revelation, but decided to push forward with the wedding. That is, until Verity questioned if she is really in love with Shaq.

The line of questioning left Nadira unsure, and thus she left the party. Shaq, meanwhile, had a conversation with Verity, claiming that it’s Nadira he wants to be with.

‘This is the clearest I’ve been thinking in a long time’, he said. ‘Me and Nadira are going to spend the rest of our lives together.’

Shaq reiterated that he and Verity started their relationship in ‘the worst possible way’, recalling how they broke Sami maalik’s (Rishi Nair) heart, and thus he ‘wants a fresh start’.

Little did he know, howevever, that Nadira was having second thoughts about their future together. On the bridge, she kissed Juliet Nightingale (Niamh Blackshaw).

Hollyoaks continues Wednesday May 4 at 7pm on E4, or catch the next episode from midnight on All4.