Prince Harry has returned to the UK this week in order to attend the funeral of the Duke of Edinburgh, Prince Philip, who died at the age of 99 on Friday. However, prior to the duke’s death, tensions between Prince Harry and the rest of the family had reached new heights following his tell-all interview with wife Meghan Markle to Oprah Winfrey in March. With reports suggesting Prince William’s relationship with his brother have also suffered as a result, royal biographer Andrew Morton joined Steph McGovern on her Channel 4 talk show, Packed Lunch, to outline his hopes for the pair ahead of Prince Philip’s funeral.

Kicking off the discussion, Steph addressed the “time of turmoil” the Royal Family has been experiencing of late.

“Do you think this could be healing in some way for them?” Steph asked.

“Everybody watching the funeral will want to see some sort of reconciliation between William and Harry, and Harry and his father [Prince Charles],” Andrew told Steph on Monday’s episode.

He continued: “The one thing you hope is that it doesn’t overshadow tributes to Prince Philip. 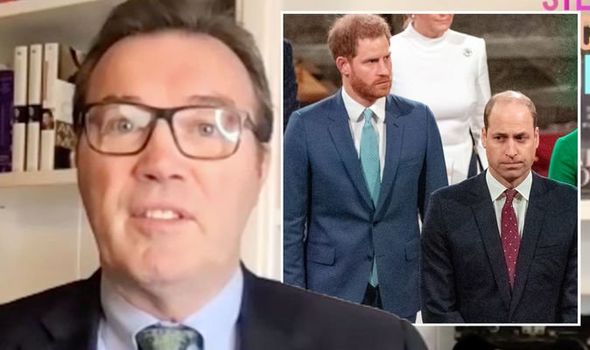 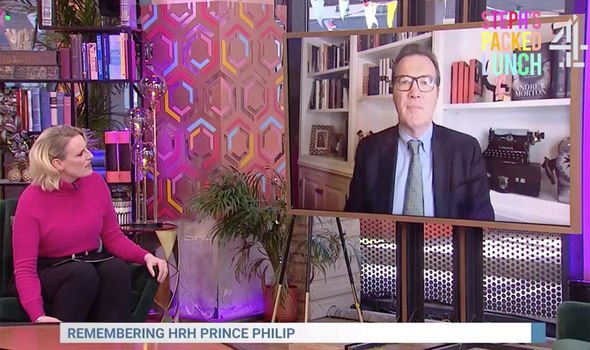 “If everybody’s looking at what the lip-readers are saying about the interaction between Harry and William, it will undercut the tributes to Prince Philip.”

As Steph pushed further into the history of the Royal Family, Andrew continued: “This isn’t the first time there’s been a Cain and Abel relationship inside the Royal Family.

“[Queen] Elizabeth and [Princess] Margaret were sort of the salt and pepper of the royals in their day.

“They were a unique double act and the comparisons with William and Harry are many and obvious. 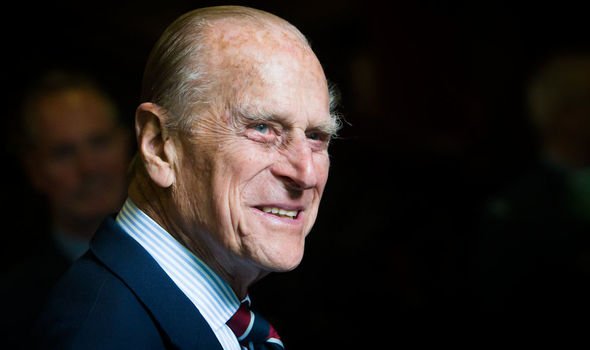 “The Queen is a very similar character to William, cautious, even-handed and calm, Margaret and Harry are a couple who kick over the traitors. Margaret used to say, ‘disobedience is my job’.”

But using the Queen’s relationship with her sibling as a benchmark and drawing on the similarities, Andrew suggested the Duke of Cambridge and Duke of Sussex follow suit.

“You’d hope that William and Harry would have a damn good row,” Andrew added.

“Then make up as the Queen and Margaret did throughout their relationship.”

The funeral for Prince Philip will take place this Saturday and will be held at St George’s Chapel at Windsor Castle.

The event will be televised with the ceremony beginning at 3pm.

Covid restrictions have meant the occasion will be a much lower-key affair compared to previous funerals for members of the Royal Family.

This means only 30 people will be able to attend to bid the duke farewell at Windsor Castle.

While Prince Harry will attend with other senior members of the Royal Family, the Duchess of Sussex has stayed in the USA.

Meghan has stayed in California where she and Prince Harry now reside with their son Archie.

In a statement from Buckingham Palace, it revealed Meghan had been “advised by her physician not to travel” as she’s currently pregnant with their second child.