Stranger Things makes a lot of references to 80’s pop culture. But Joseph Quinn revealed how The Breakfast Club might have influenced his performance as Eddie Munson.

Eddie Munson is a new kind of ‘Stranger Things’ character

Eddie also has the side hustle of selling drugs. Lead cheerleader Chrissy Cunningham (Grace Van Dien) tries to buy from him because she keeps having scary visions. A monster kills her in Eddie’s trailer, and the police suspect him of murder since he was the last person to see her. Eddie goes on the run for the rest of the season.

Eddie is a unique character for how he dresses and acts. There are many sources of inspiration for his story and performance. 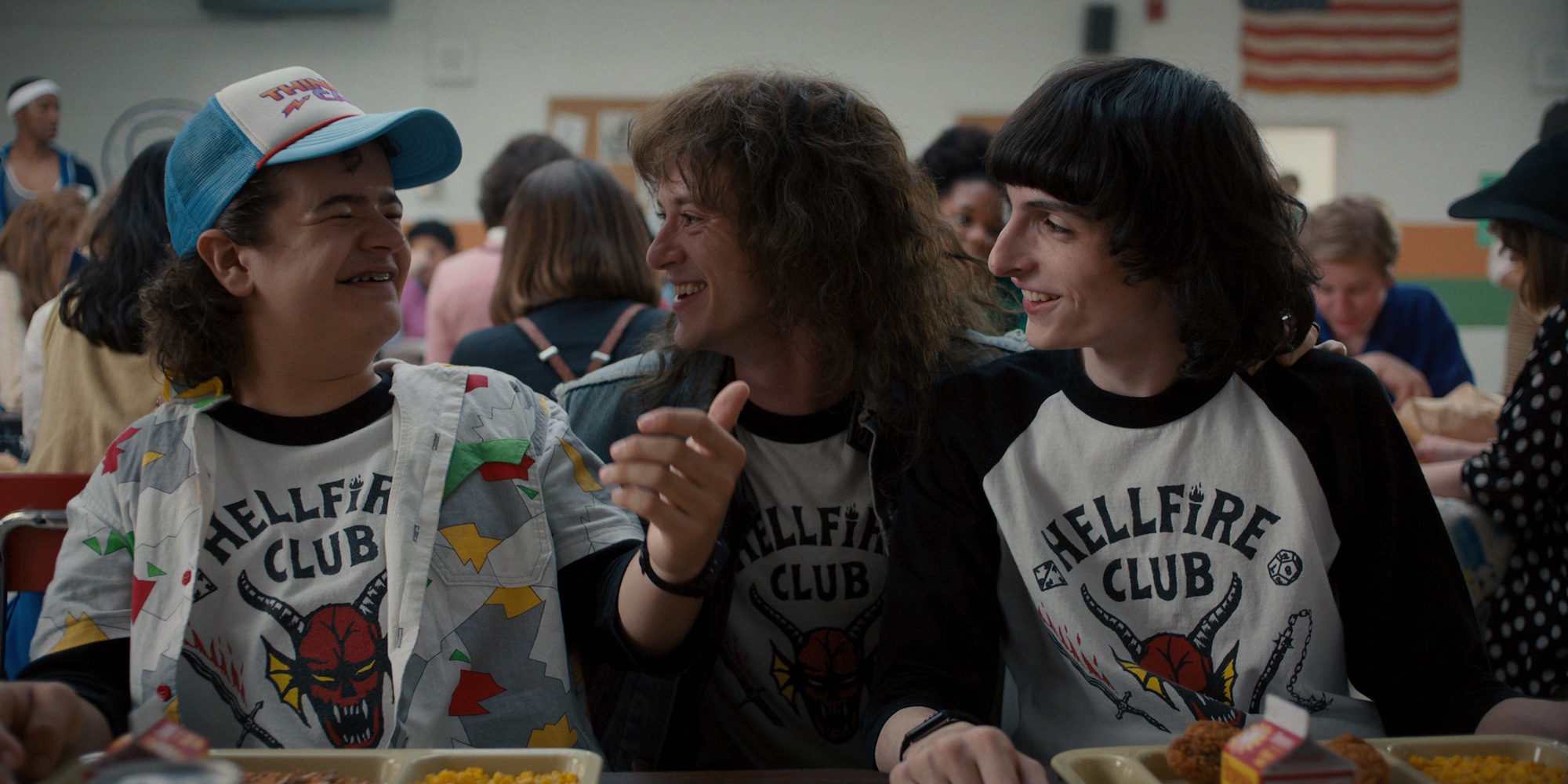 Stranger Things has pulled from many 80’s pop cultures in the past. But it has primarily focused on sci-fi and horror references. Quinn revealed what influenced his performance as Eddie to Men’s Health.

“The satanic panic of the time was definitely at the spine of my character,” the actor said. “But more than anything, I was just referencing people that I saw in the years above me at school.”

He said The Breakfast Club is the main touchstone to the ’80s for him. The interviewer said, “I definitely see a bit of Judd Nelson in Eddie.” Quinn replied, “I may have been thinking of him slightly.” He later added, “It’s got to be the boots.”

Judd Nelson played John Bender, who was considered the bad boy of the group. The character was very animated and did impersonations of other people. He was also an outcast who fell for the princess. That dynamic shines through in Eddie and Chrissy’s scene in the woods.

The satanic panic is name-dropped in the season. But a true-crime also comes into play with Eddie’s story of being wrongly accused of Chrissy’s death.

In the trial, the motive given was satanic. They spent years on death row before the conviction was overturned. DNA evidence exonerated them. Echols specifically is supposed to be the inspiration for Eddie.