With a tongue-in-cheek title like Life & Beth, it’s no surprise that Amy Schumer’s new Hulu comedy has a melancholy feel between its punchlines.

The series stars Schumer as Beth, a New York City wine distributor who’s too embarrassed to call her colleague Matt (Inside Amy Schumer‘s Kevin Kane) her boyfriend, even though he is, because she’s barreling toward 40 (but she actually feels like she’s 100 years old). While Beth is successful in selling Malbec by the cases, she’s not as enthusiastic about her job as champagne rep Matt is when he rings the “Sold!” bell at work. Despite that, Beth is being considered for a promotion to East Coast Sales Manager, which comes with a $100,000 salary, no health insurance (!) and three days in Naples… Florida. 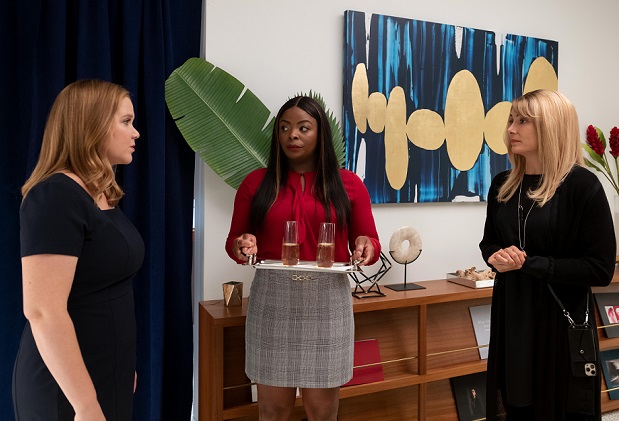 Beth goes to a fancy clothing store with her mother (yes, that’s Younger‘s Laura Benanti playing mom), and the whole shopping excursion is loaded. Mom requests a special coffee order in lieu of alcohol from the sales clerk (Abbott Elementary scene-stealer Janelle James in a guest role!), before asking the other woman where she’s from (and Queens is not the answer she was anticipating). Then mom lays into Beth, questioning her life choices and her job. Beth insists that she’s happy with her cool job and her “New York 8 or 9” boyfriend, then takes off in her new jumpsuit while her mom apologizes and says her daughter is on her period. (Beth says she’s not, but when she returns home, it arrives.)

Talking to her sister (For the People‘s Susannah Flood), Beth shares her suspicions that their mom is dating another married guy. At least Matt is kind of sweet when Beth returns home and finds that he ordered her Sour Patch Kids since their bodega doesn’t sell them anymore. But then he has to ruin the moment by reminding her to try to be fun at the work karaoke event that evening. 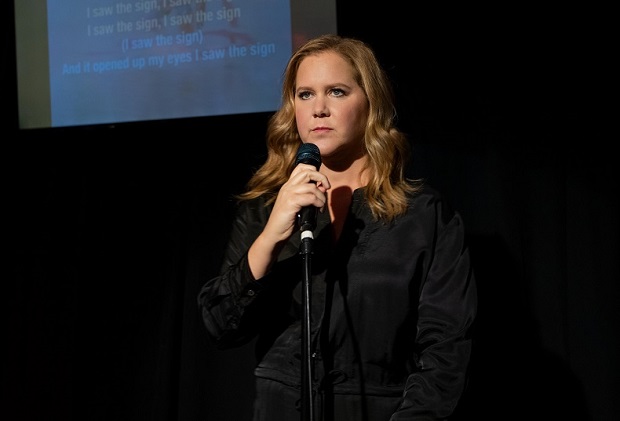 While Beth is waiting for her song to come up, she gets a call from her sister, informing her that their mom was in a cab accident and died. Beth numbly goes up on stage when her name is called and begins singing Ace of Base’s “The Sign,” her voice getting louder with each prophetic lyric. She rushes outside mid-song and gasps as a tree branch snaps across the street.

What did you think of Life & Beth‘s first episode? Grade it below, then hit the comments!