Good Morning Britain was hosted by Ben Shephard and Susanna Reid today to catch up on the latest developments regarding Brexit.

Ahead of the show, Ben shared a video from behind-the-scenes of the presenters having the final touches to hair and make-up done.

In the clip, Susanna could be seen in an animal print sheer frock to host her final show of the week and looked fabulous.

However, just minutes before she programme began, Susanna switched out of the dress to avoid an embarrassing wardrobe malfunction.

Ben revealed Susanna had ditched the red frock for a blue patterned dress.

He told his followers on Twitter: “Now that’s what you call a quick change!!

“Two mins between these pics – no messing around with @SusannaReid100.”

The presenter then gave more details behind her outfit change, writing: “Just before 6am I thought the red dress was a little transparent.”

In the video, Susanna can be heard telling Ben she could do “a couple of wardrobe changes in the three minutes before air time”.

Susanna looked stunning in a blue and white patterned midi dress with long sleeves to host this morning. 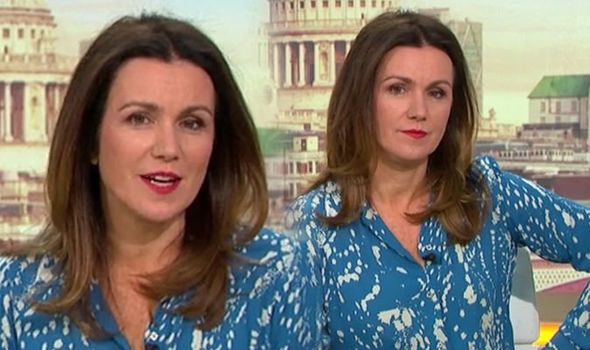 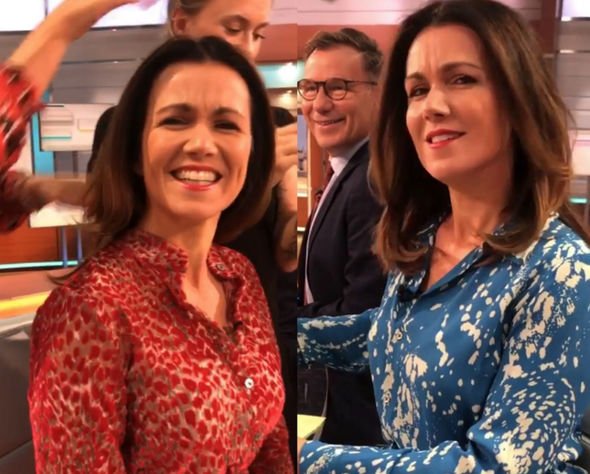 Today’s episode was once again packed with discussions about Brexit and Boris Johnson’s call for a general election.

Chancellor of the Exchequer Sajid Javid hit out at Jeremy Corbyn for changing his mind about an election.

Ben asked: “So come Monday, you expect the country to go to a general election?”

“I’m not saying come Monday but given what the Prime Minister said last night, inevitably, a general election is coming and the sooner the better,” Sajid responded.

“We need the British people to decide what’s next. They decided three years ago they want to leave the EU. 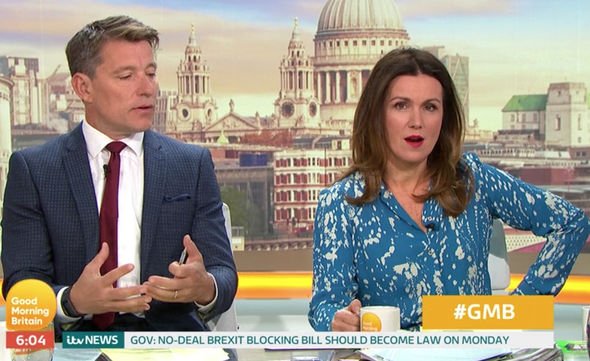 “Politicians cannot decide to ignore certain instructions from the public. They can choose Jeremy Corbyn who wants a second referendum or Boris Johnson.”

Sajid insisted the Conservatives would endeavour for the UK to leave the EU on October 31 before blasting Corbyn.

“I think the reason Jeremy Corbyn doesn’t want an election is he is frightened of the electorate,” he commented.

“He can’t tie out hands when we’re trying to meet the will of the people. Let’s let the people decide.”

Good Morning Britain airs weekdays on ITV at 6am.