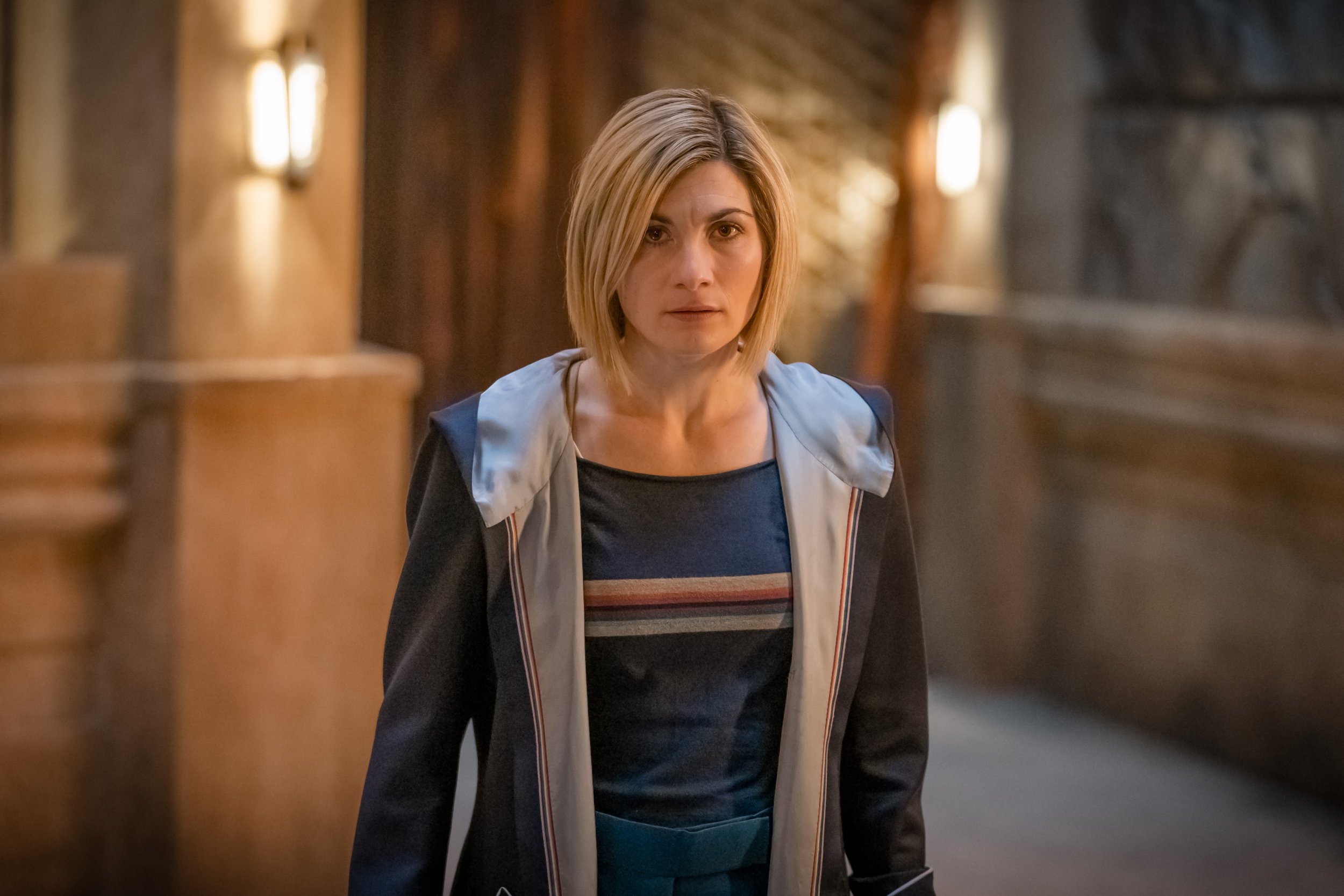 Jodie Whittaker has reflected on what her career will hold after she bows out of Doctor Who, revealing that she wants to ‘feel the fear’ again.

The actress, who was already a well-known star on British TV before she took on the role of the 13th Doctor, will make her final appearance in the beloved sci-fi in the centenary special, The Power of the Doctor.

Chatting to Metro.co.uk about what on earth comes next, she explained: ‘I think this is the thing, no job is going to be like this for us. We know that. So what you want and what you kind of crave next is a challenge because every day was a challenge on this.

‘And I think it doesn’t matter what genre it is, or what kind of job it is, I just want to feel energised and I want to feel that fear. I love the fear of it, of not knowing whether you can do something and every day with Doctor Who, you felt like you jumped and you didn’t know if you were going to land – and I love that feeling.’

Looking back at her legacy as the first female Doctor, Jodie went on: ‘I think with the joy that we’ve had, we hope that it emanates and kind of jumps out of the screen.’

She added: ‘I think that if you can pass on a baton and be just so happy to pass it on but then desperately sad that it’s gone, it’s only a compliment to the thing that you’ve been in.’

Jodie is set to pass on the baton to Ncuti Gatwa, with the star admitting there’s not much she can tell him in the way of advice, revealing that the experience is totally different for everyone.

‘I think that that was the thing I couldn’t understand,’ she said, adding that she was ‘desperate’ for advice from past Doctors David Tennant and Peter Capaldi.

‘But there’s no way of explaining it, except it’s going to go like that, which it did. It’s incredible. And you’re gonna have the time of your life. And I think that’s the thing, jumping into this, which he will do and he’s gonna smash it. And I think it’s the most perfect casting. And I’m so excited. But there’s no advice you can give because it’ll be different for everyone.’

Before she hands over the keys to the Tardis, Jodie is set to take on one final adventure in The Power of the Doctor, battling the Daleks, the Cybermen, and the Master (Sacha Dhawan).

It’s not only old enemies returning however, with classic companions Ace (Sophie Aldred), and Tegan (Janet Fielding) making their way back to our screens.

Showrunner Chris Chibnall told us of the 90-minute epic: ‘It’s a huge, epic, fast roller coaster ride of an episode. It’s probably the biggest episode of Doctor Who we’ve yet made. It features the return of Tegan and Ace from the classic series of Doctor Who, Janet Fielding and Sophie Aldred who are phenomenal.

‘It has an evil trio of monsters – the Daleks, Cybermen and The Master, played by Sacha Dhawan. And Sacha playing the Master as you’ve never seen him before in Doctor Who. It goes all across time and space, it’s connecting the past, present, and future of Doctor Who, it’s very exciting, it’s funny, and there will be tears at the end of the 13th Doctor.’

The Power of the Doctor will air on September 23 at 7:30pm on BBC One.