“I’m very excited to be the host of ABC’s new game show ‘Don’t,’” said Adam Scott in today’s press release. The Big Little Lies star also stated his love for the genre saying, “As a fan of both ‘games’ and ‘shows,’ I feel we may be onto something here.”

The new family-friendly game show is being described as a “comedic physical game show” where four members of any kind of family team up for a chance to win up to $100,000 just by doing nothing. Well, not exactly. Each task requires the teams to not do things like “Don’t Laugh,” “Don’t Blink” or soon-to-be-very-popular, “Don’t Wet Your Pants.”

Back in June, a casting call went out to attract families to apply, but actually, any four people with a common bound can play. The players can be a group of friends or colleagues and since there are no eliminations, all team members will be able to split their winnings equally. And it’s not too late to apply!

According to MysticArt Pictures who are doing the casting details, all team members must be 18 years of age or older and must be a legal U.S. resident. Other eligibility requirements apply, but to learn more, you’ll need to visit the MysticArt website. 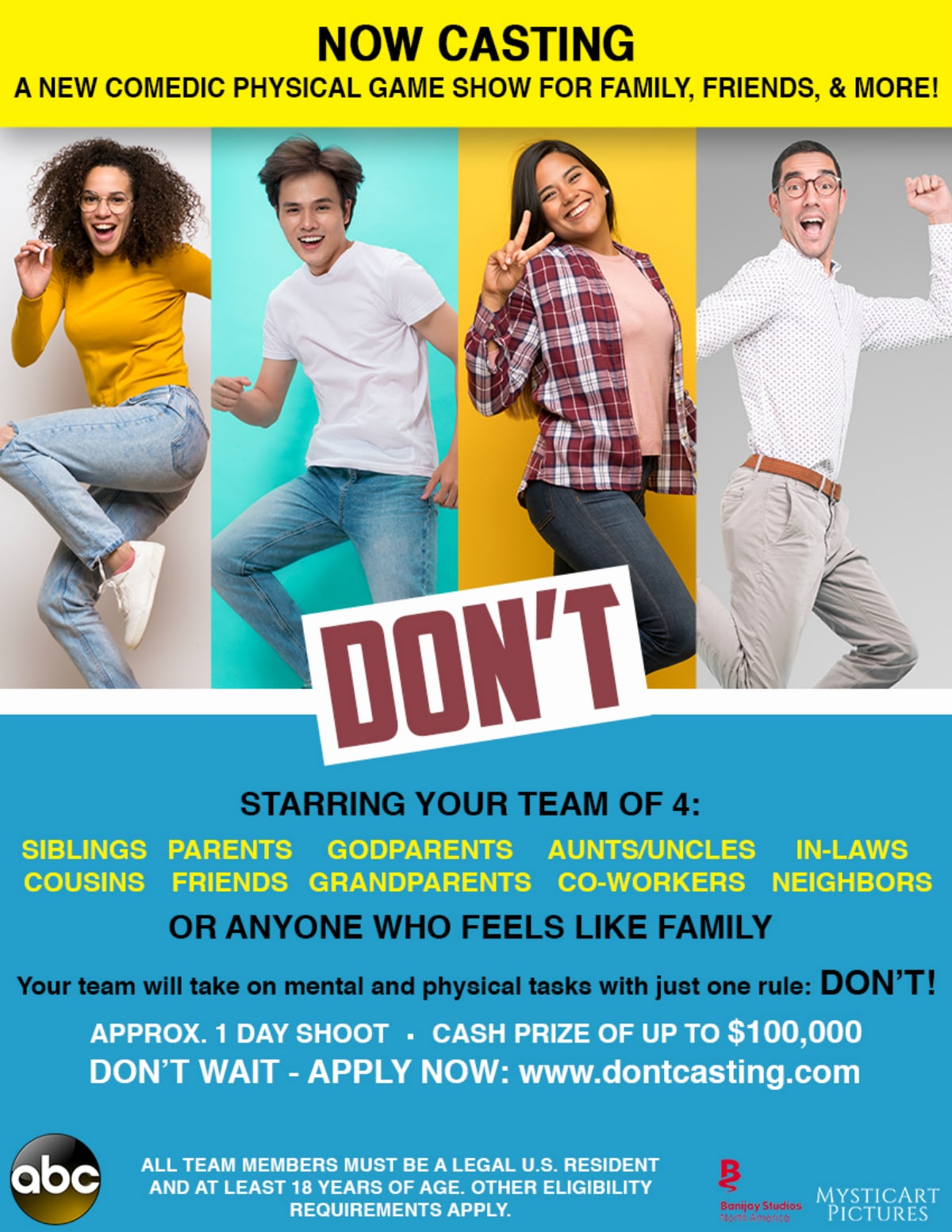 ABC did not state when they plan to begin airing episodes of Don’t.