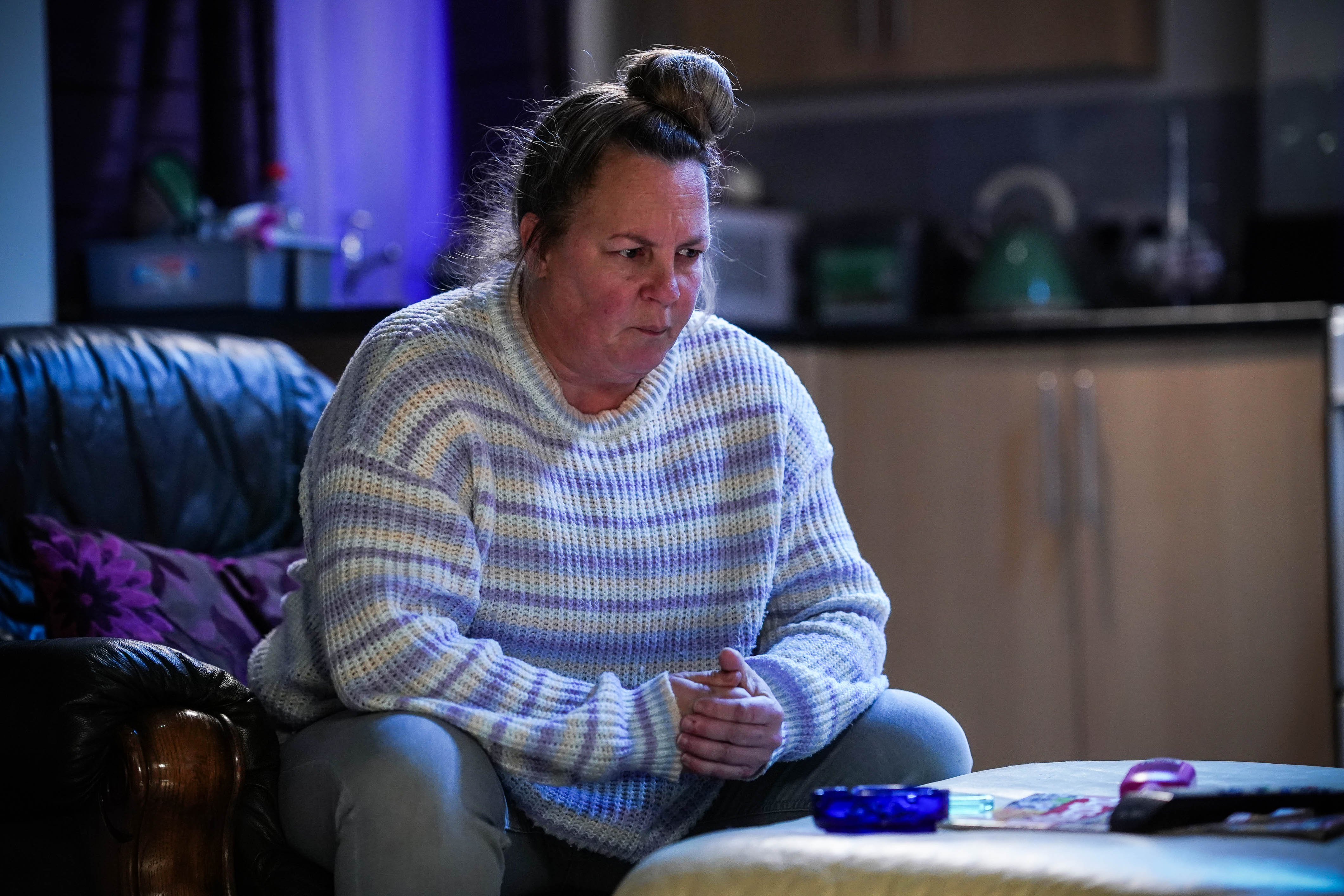 Karen Taylor (Lorraine Stanley) is prepared to stick by Gray Atkins (Toby-Alexander Smith) until the very last second in EastEnders tonight as a new clip shows the moment she refuses to believe her son in law killed her daughter.

Last night, Mitch (Roger Griffiths) finally had his fears confirmed over what really happened to Chantelle as Mick (Danny Dyer) and Whitney (Shona McGarty) revealed Gray abused and murdered her.

‘You disgust me’, Karen tells Mitch as she throws him out of the flat.

Karen may not believe Mitch now, but new pictures that were released yesterday already tell us Karen’s opinion towards Gray will dramatically change as she’s seen confronting him with a baseball bat in hand.

But has Karen changed her mind?

Or has Gray confessed to killing Chantelle in front of her?