ITV announced Kate Garraway would be fronting a new documentary about the last year of her life and her experience dealing with husband Derek Draper being in the hospital as he continues to struggle with coronavirus. In an advertisement break during today’s edition of Good Morning Britain, the presenter shared an image of Derek from the hospital – a year after he was first tested positive for the virus and admitted for medical care.

Derek, 53, has spent the last 12 months in hospital, fighting for his life.

In the first glimpse of Finding Derek – ITV’s documentary which airs next week – the ad began with the following words on screen: “In March 2020, Kate Garraway’s husband was hospitalised with COVID-19.”

Kate then came into view and said: “Derek is the sickest person the team of doctors have treated that’s lived.”

Another message then flashed up on screen and read: “One year later, Derek is still in hospital.”. 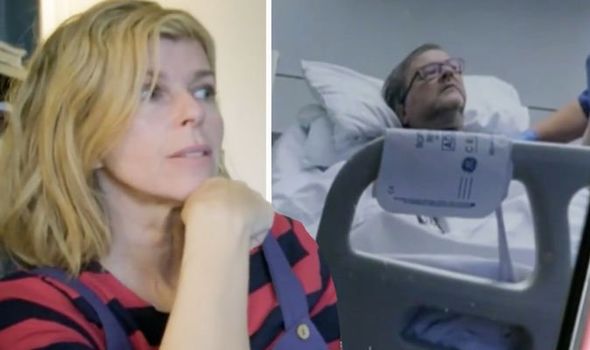 “Is he going to be able to come back or will he be alive but no longer the person he was?” She then asked concluding the clip

The GMB presenter will recount the months since her husband, a former political adviser and lobbyist, was first taken to the hospital.

A year on, he remains in intensive care, experiencing only “fleeting glimmers of consciousness”.

While the virus has not been present in Derek’s body since late summer, his body has suffered immensely with kidney failure, liver damage and pancreas and heart failure.

It has also been reported that he has holes in his lungs following bacterial pneumonia and several infections. 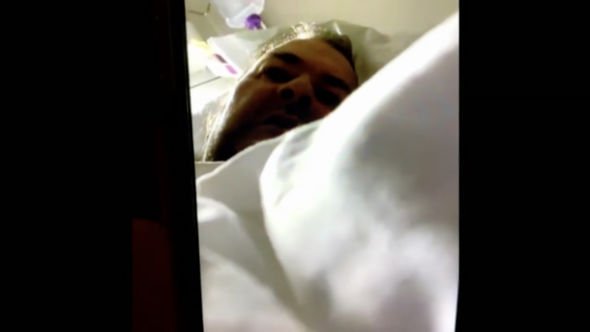 Kate previously said the doctors cannot explain why the virus has had such a destructive effect on Derek’s health, and it is unlikely he will make a full recovery.

With the several lockdowns and tight restrictions over visiting loved ones in the hospital, Kate has not seen her husband since December.

“I feel like he is in an ocean of unconsciousness and sometimes he comes up to the surface,” she explained.

“In the run-up to Christmas, there were moments of consciousness where I felt like we were really communicating.” 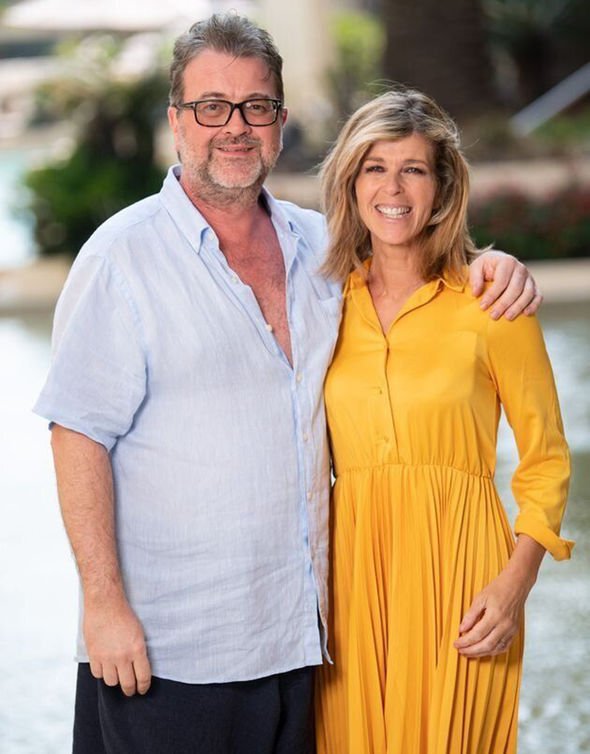 The Radio presenter went onto describe the early months after Derek was hospitalised and on a ventilator as “months and months of horror, of live-or-die phone calls”.

During the times she has presenting GMB over the past year, Kate has spoken about the many moments she has prepared herself for his death and on one occasion, she was told on the phone: “He may have died. Somebody will call you back.”

She then found out 24 hours later that somebody else with a similar sounding name had in fact died, not Derek.

In June, doctors withdrew the drugs which were inducing Derek’s coma, but he did not regain consciousness.

And Kate said it was “the very worst moment” as the medical staff, “said he could be locked in forever”.

Kate also recognises she is not “alone” in experiencing a loved one battle coronavirus and told The Guardian how “important” it is to speak out about everything she has endured so far.

Kate and Derek have two children together, Darcey and William ‘Billy’.

Finding Derek airs on ITV next Tuesday at 9pm.