Viewers will be left cringing as her embarrassing secret is caught on camera in her new reality TV show.

Katie and her estranged husband Kieran Hayler go to mediation to sort out access to their two children, Jett and Bunny.

They had originally agreed to have the tots for two weeks at a time.

But then the former stripper realises this would mean he might not see them on their birthdays next month.

He tells her: “What about the children’s birthdays? They are in the summer holidays so that would mean I’d miss out.” 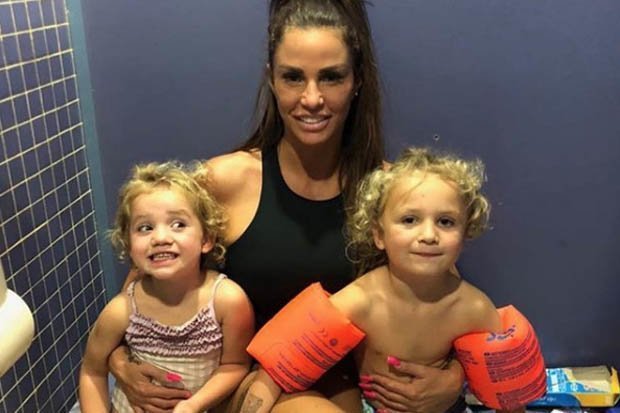 Meanwhile, although she has five children – the others being Harvey, Junior and Princess from relationships with Dwight Yorke and Peter Andre – she still wants more.

Now 41 years old, Katie – who is dating personal trainer Kris Boyson – asks a doctor when the best time would be to get pregnant again.

He tells her: “The sooner, the better.”