Kim Woodburn didn’t hold back her views over the backlash surrounding Phillip Schofield and Holly Willoughby, after people claimed that the duo appeared to jump the queue to see the Queen lying in state.

The presenters are currently at the centre of intense scrutiny after they appeared to queue jump to see the Queen lying in state at Westminster Hall last week.

They have since addressed the uproar on Tuesday’s This Morning where they insisted they were accredited media and followed the rules set out for them, stressing they did not jump ahead.

At the time of writing, over 55,000 people have signed the petition, which demands for ITV’s This Morning to be ‘axed for good’.

During her appearance on Wednesday’s edition of Dan Wootton Tonight, the Celebrity Big Brother star explained that if she had been there, she would have joined the mourners who had been queuing up to 14 hours.

‘Their self-serving publicity stunt came back to bite them on the bum, didn’t it?’ she began. 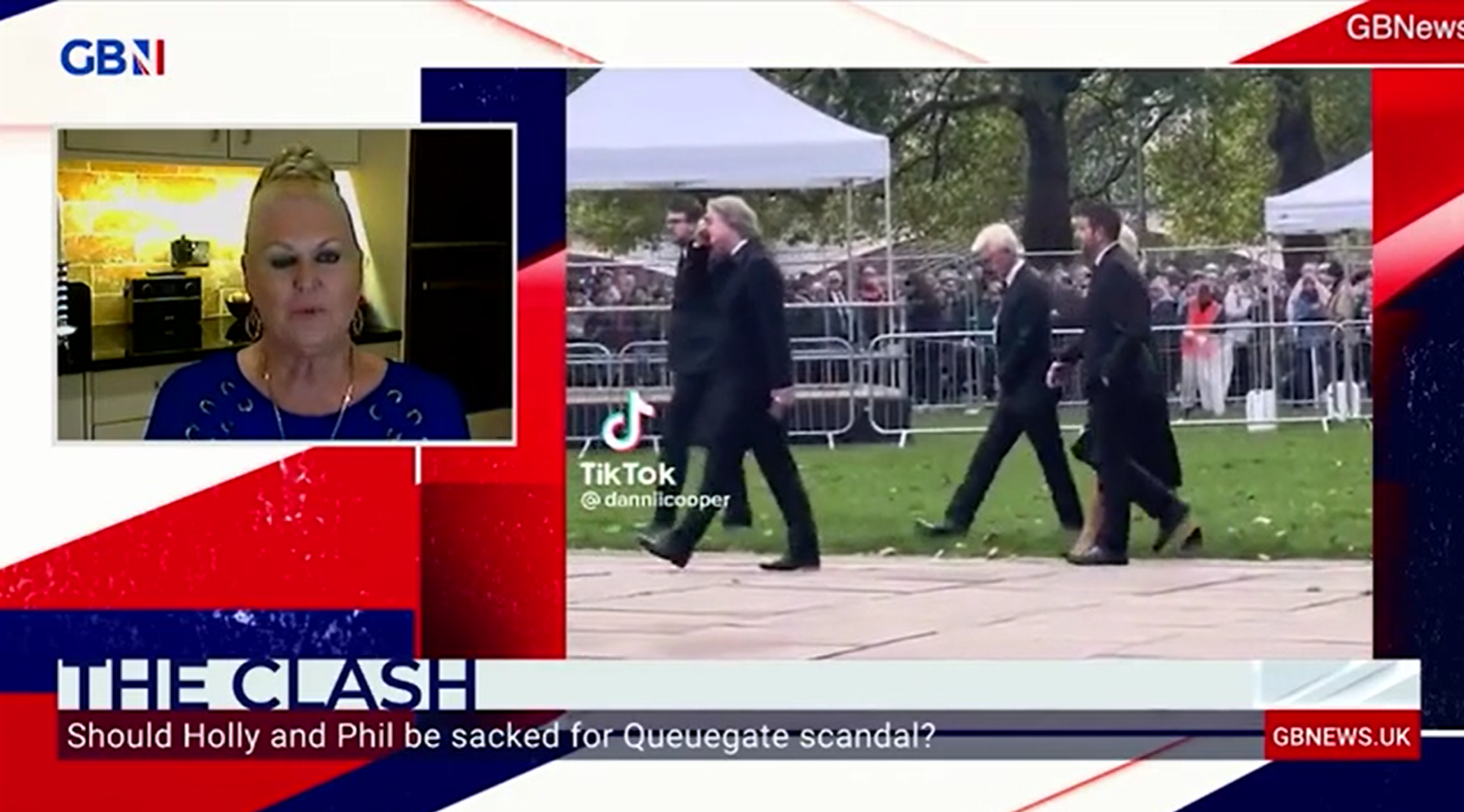 ‘I am appalled by them really because there were many people on television who were queuing, and if I had been there I would have queued as well,’ the Howe Clean Is Your House presenter added.

The backlash against Schofield and Willoughby intensified after celebrities including David Beckham and Susanna Reid were pictured queueing with members of the public.

‘You saw in that queue people with wheelchairs, walking sticks ,daughters helping their mothers. Susanna Reid was there for six seven hours with her mum. It’s so unfair what they did.

During Tuesday’s special broadcast reflecting on the days since the Queen’s death, Willoughby said in a voiceover: ‘Like hundreds of accredited broadcasters and journalists we were given official permission to access the hall.

‘It was strictly for the purpose of reporting on the event for millions of people in the UK who have not been able to visit Westminster in person.

‘The rules were that we would be quickly escorted around the edges to a platform at the back.

‘In contrast, those paying respect walked along a carpeted area beside the coffin and were given time to pause.

‘None of the broadcasters and journalists there took anyone’s place in the queue and no one filed past the Queen. We of course respected those rules.

‘However, we realise that it may have looked like something else, and therefore totally understand the reaction. Please know that we would never jump a queue.’

This Morning previously addressed the visit in a statement posted on Instagram, saying: ‘We asked Phillip and Holly to be part of a film for this Tuesday’s programme.

‘They did not jump the queue, have VIP access or file past the Queen lying in state – but instead were there in a professional capacity as part of the world’s media to report on the event.’