Lee Mack has shrugged off his big moment from the Queen’s Platinum Jubilee, which saw him take a major pop at Boris Johnson – who was sat in the audience.

During the Jubilee, the comedian joked about the Prime Minister’s partygate scandal, saying, as he was stood in front of the grand Buckingham Palace gates: ‘Finally we can say the words party and gate and it’s a positive.’

But less than a week later, Mack has now played down the much-applauded quip, telling Metro.co.uk: ‘It was just a silly play on words.’

Ahead of taking part in Soccer Aid, this weekend’s annual fundraiser for Unicef, Mack recalled the iconic joke with us, which he dismissed despite the fact that he had received immense applause live as he presented.

The comedian had appeared on stage, and at one point gestured to the grand Buckingham Palace gates behind him, saying: ‘We are here right outside the gates of Buckingham Palace for a party of a lifetime,’ before adding in the dig.

As the crowd guffawed with laughter, Mack admitted that the joke was ad-libbed, stating: ‘That wasn’t in the autocue.’

Not only did Mack receive immense applause from the crowds in front of him, but those watching at home jumped to social media to share their thoughts over the hilarious moment, dubbing the 53-year-old a ‘legend’ for the quip. 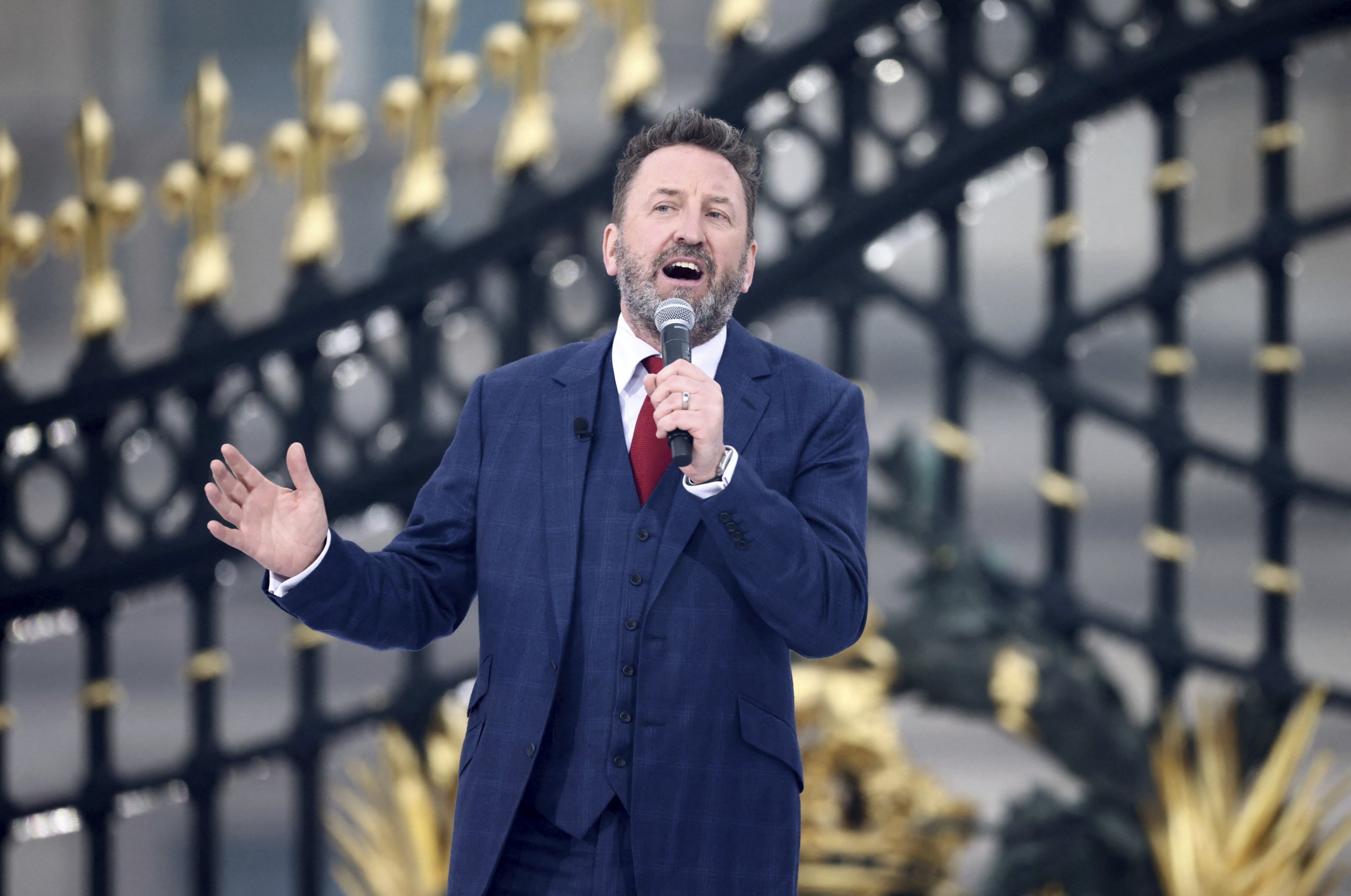 ‘Well done to Lee Mack for the PartyGate joke,’ one person tweeted, as another wrote: ‘Lee Mack, take a bow sir! Absolutely brilliant.’

‘Buy that man a drink,’ someone else stated, while another quipped: ‘Lee Mack’s opening salvo scored a direct hit!’

Mack, who is currently preparing for Soccer Aid this Sunday, joked with us about declining to tell us more about the dig, quipping: ‘What partygate joke? It wasn’t me it was my body double.’

He will be starring in the 11th charity match alongside fellow celebrities and some of football’s living legends, including Line of Duty’s Martin Compston, Tom Grennan, Teddy Sherringham, Usain Bolt and Sir Mo Farah, who will all be returning.

Plenty of newbies will be making their debuts too, such as comedian Alex Brooker as the event’s first-ever physically disabled participant.

Last year, Mack scored the final goal as the game was won by the World XI team, with 3-0 against England.

This year’s match takes place on Sunday, June 12 2022 at the London Stadium, in the Queen Elizabeth Olympic Park in Stratford.

Since its creation in 2006 Soccer Aid has raised more than £60million for the humanitarian organisation, which helps to provide aid to children worldwide.

You can donate to Soccer Aid for UNICEF here.