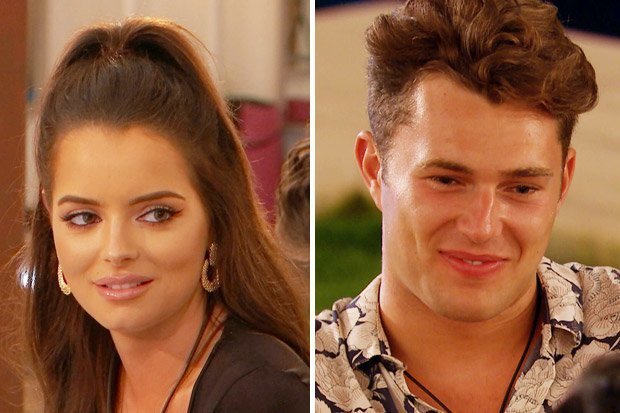 In tonight’s Love Island, the feud continued between Amber Gill and Joanna Chimonides.

But as everyone settled back into the villa, the shocker came at the end of the episode in the “next time” preview.

To the shock of absolutely everyone, Maura Higgins admitted she was attracted to Curtis Pritchard.

Maura could be heard telling Lucie Donlan: “He’s honestly gorgeous, like his smile is like f***ing hell.

“He’s very manly and I love that”

“And he’s very manly and I love that.”

She returned to the main villa with new guy Marvin Brooks, while Curtis stayed coupled with Amy Hart.

But he admitted his head had been turned after meeting new girl Jourdan Riane.

He and Amy had it out and she was devastated, confessing she was falling in love with him.

However with Maura’s big news, there looks to be yet another spanner in the works.