Lucifer (played by Tom Ellis) was left in hot water at the end of season four earlier this year, as he was stranded in Hell after battling a number of escaped demons. Despite eventually defeating all of his enemies, his hand was forced to put himself back into Hell in an attempt to quell the outcry of the demons below. This is all well and good, but this move meant Lucifer had to leave Chloe Decker (Lauren German) back on Earth.

Viewers have spent the time since the end of season four wondering how the devil would dig himself out of this situation in the coming episodes.

And while fans have proposed a number of theories surrounding how he’ll find his way back to Earth, Lucifer star Tom Ellis has now shown off a cheeky behind-the-scenes look at season five.

Suited and ready for some mischief, the star fired a handheld fan at his own face before aiming it towards the sound technician who was working on his microphone. 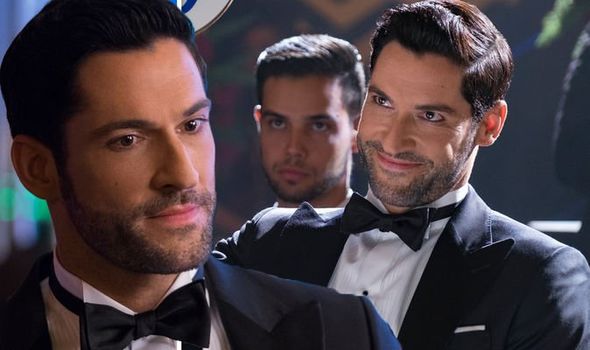 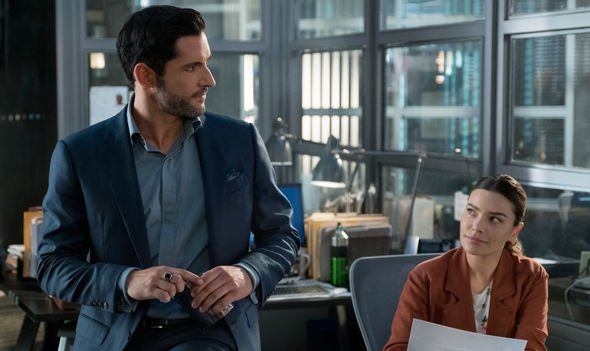 The star giggled whilst performing his antics, and captioned the image explaining exactly what was going on.

He wrote: “The first week on set of #lucifer #luciferseason5 @lucifernetflix was ‘Hot’ in more ways than one.

“Thank you @joshstyle for providing my industrial strength hand fan (and the video).

“I think Kelsey @peggithepirate from our sound department appreciated it too!” 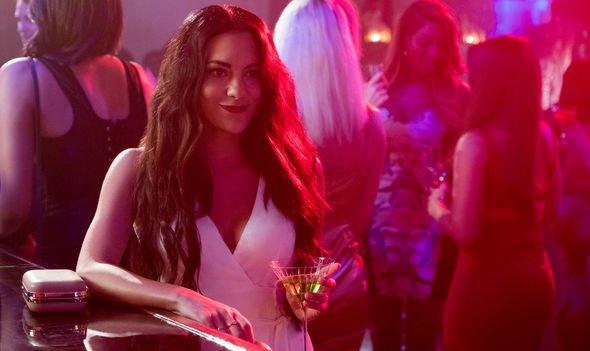 Fans of the show were ecstatic about the sneak-peek, and began commenting on the post with excitement.

Another chimed in to say: “Ahhhh I’m dying to see it I can’t wait.”

While a third said: “I can’t wait for the next season.”

Lucifer has a huge amount of hype to fulfil in the next season, as many of the show’s viewers are expecting romantic sparks to fly in the upcoming return of the show.

A number of fans are even suggesting Lucifer is going to find himself proposing to Chloe in the upcoming episodes.

Speaking on Reddit, one fan explained: “I think everyone kind of likes the idea of Lucifer proposing to Chloe; just the concept, to make up for that dreadful scene with Pierce proposing.

“Maybe in an alternate universe? One of the many ways this story could be played out.”

Despite this, the same fan went on to say that it most likely would not happen.

With Lucifer’s fate tied to Chloe, will he eventually go against his nature and marry Chloe, despite his devilish ways?

Or will he decide to stay as the Devil full-time and keep his mischeivous antics to a maximum?