Eric Idle, who wrote the music and lyrics for the original Broadway musical, wrote the screenplay 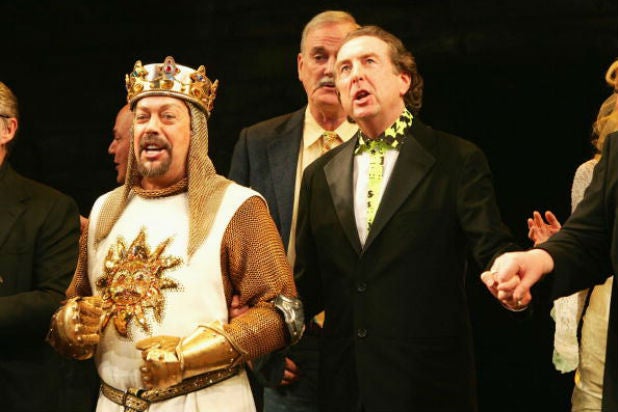 Paramount Pictures has acquired the upcoming film adaptation of the hit Broadway musical “Spamalot” from Fox, according to an insider with knowledge of the project.

Eric Idle, who penned the music and lyrics for the original musical, wrote the screenplay. Broadway veteran Casey Nicholaw, who choreographed the musical, is set to direct the film adaptation. Dan Jinks is producing the project with Idle. Executives Jon Gonda and Mike Ireland are overseeing the project for Paramount.

The “Spamalot” film adaptation was previously set up at Fox, but was set aside when Disney acquired Fox in 2019.

The 2005 Broadway musical “Spamalot” was adapted from the 1975 film “Monty Python and the Holy Grail,” a comedic parody of the King Arthur quest.

Nicholaw’s other credits include “Book of Mormon,” “Aladdin,” “Mean Girls,” “The Prom,” “The Drowsy Chaperone” and “Something Rotten!”

Deadline first reported the news of the acquisition.