NCIS is set to welcome back a beloved character in Monday’s episode – and fans are over the moon!

MORE: The best NCIS celebrity guest stars of all time

The show’s official Twitter account teased the episode, sharing a snap of Sean Murray as Timothy walking alongside his on-screen wife, Margo, in a wheelchair.

The caption read: “A very special someone gets wrapped up in a sticky situation — and it’s up to our team to investigate. All-new #NCIS this Monday night at 9/8c on.”

Fans were quick to react to the news, with one person writing: “Finally! Nice to see Timothy’s wife again!” while another added: “Yayyyyy!!! I’ve missed Delilah!”

MORE: How much does Mark Harmon make per episode of NCIS?

A third fan commented: “McPower couple on another adventure! Wohoo!” 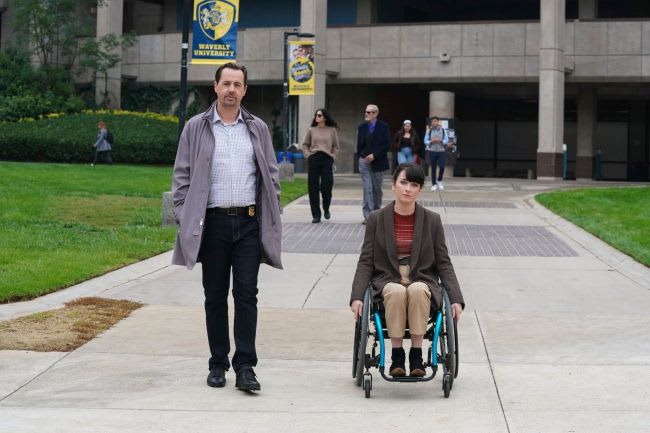 Sean also shared a glimpse of the episode over on his Instagram page, posting a behind-the-scenes snap of the on-screen couple chatting to Gary Cole, who plays Alden Parker.

He wrote in the caption: “A little McLilah coming at ya next NEW episode of #NCIS this Monday December 5 @ 9pm on CBS.”

The episode, titled High Education, will see the team investigate the death of a college student who was killed while running across the street.

The victim is also revealed to have had connections to Timothy’s wife. Unfortunately, Monday’s instalment will be the last fans will see of the Special Agents for a little while as the show goes on its winter break.

The show will return with a three-way franchise crossover, which is set to air on CBS on Monday 2 January and will see the original series team up with NCIS: Hawai’i and NCIS: Los Angeles for the first time in the franchise’s history.

Fan-favorite agents from each show will join forces to solve a very personal and high-stakes case involving a mysterious hitman.