Jack Sloane’s (played by Maria Bello) exit from the CBS drama has been on the cards ever since it was announced in the summer the star would be bowing out of NCIS after three seasons. Sloane has made quite the impact on the show following her introduction, none more so than with team leader and series stalwart Gibbs (Mark Harmon). And while the exact details of how she’ll say her goodbyes remain up in the air, producers Steve Binder and Frank Cardea have dropped a huge clue it could be to do with her past.

Sloane’s history has been revisited a handful of times since her introduction to the fray on NCIS, most notably with daughter Faith (Kate Hamilton).

The heartbreaking reasons between the two’s distant relationship came to light over the past few seasons when Sloane revealed she’d had her daughter as the result of sexual assault.

The NCIS star had put her daughter up for adoption as a baby only for Faith to track her biological mother down some decades later.

But could Faith play a part in Sloane’s exit? Cardea and Binder have said history will play a part. 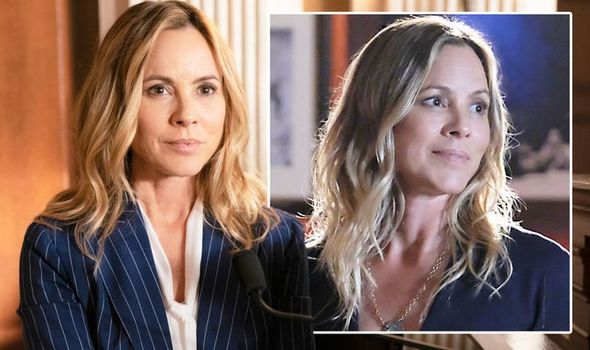 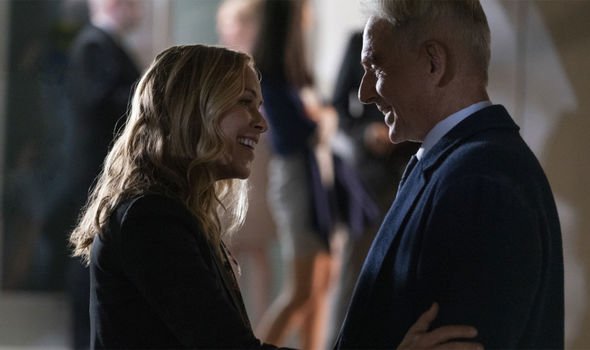 Speaking of Sloane’s exit to TV Line, Binder said: “You know, one of the things we always ask when we’re trying to figure out how to exit a character is, ‘What does that character deserve?’

“Sloane is a very strong character, she’s a passionate character, and we’re going to really have her go out on a note worthy of that. I’ll say that.

“And we’re going to dive into some of that history, for sure.”

The show’s executive producer also ruled out a replacement for Sloane right away when she does depart. 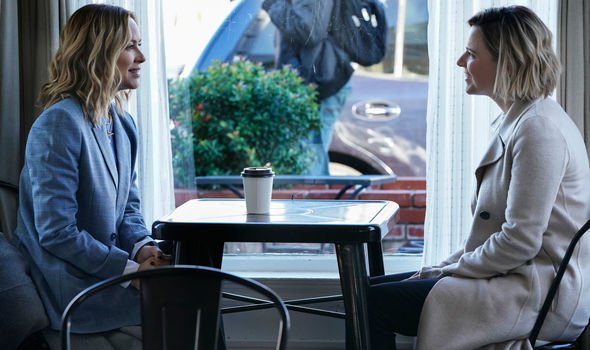 “There’s a core team, and I think it was a function of Maria that we were able to find so much to give her to do,” Binder added to the publication.

“If it’s not Maria [in the role], then I don’t know if we need to necessarily fill it right away.”

Could this mean Sloane’s on her way out to work on her relationship with her daughter?

Or could another blast from the past result in the star leaving the likes of Gibbs and co behind?

However Sloane does depart, it looks like it could have a heartbreaking impact on Gibbs after the two have teased a romantic connection for the past few seasons.

And a first-look snap from the upcoming season suggests they may even cement a romance before she departs.

In a promo for season 18, one snap shows the two together, with Sloane placing a supportive hand on her colleague’s arm.

The two are staring longingly into one another’s eyes – but could this spell heartbreak for Gibbs with Sloane leaving soon after?

Sloane and Gibbs aren’t the only two facing their fair share of drama when season 18 gets underway, however.

The trailer and first-look photos show Nick Torres (Wilmer Valderrama) will be at the heart of some high-octane action.

Then there’s the return of Tobias Fornell (Joe Spano) who’ll come to blows with Gibbs when the truth behind their mysterious ‘fishing trip’ in season 17 comes to light.