After creating Emmy-winning series “The Act,” this year’s “Candy,” and now “A Friend of the Family,” it’s easy to label Nick Antosca the highbrow king of true crime streaming series.

Yet the acclaimed showrunner quickly corrected labeling “A Friend of the Family” as part of the trendy true crime genre.

“I don’t think the stories that I like to do are true crime,” Antosca exclusively told IndieWire. “I think of them in terms of human stories and psychological horror stories, so I don’t see it as ‘What’s the next true crime story that we can tell?’”

“A Friend of the Family” centers on the Broberg clan, led by husband and wife Bob (Colin Hanks) and Mary Ann (Anna Paquin) Broberg. Next-door neighbor “Brother B” Berchtold (Jake Lacy) takes a special interest in their tween daughter Jan (played across the series by Hendrix Yancey and Mckenna Grace, respectively) and seduces the whole family in a years-long ploy to make Jan his child bride. Antosca closely worked with fellow executive producer Jan Broberg, the real-life survivor of childhood sexual abuse, grooming, and kidnapping. Antosca previously said the limited series “exists outside the typical categories of genre,” likening it to a “Hitchcockian thriller built around obsessive relationships, a family drama, and a nightmarish coming-of-age story” with “surreal” elements that are stranger than fiction.

“I was attracted to this story because as an audience member, as a viewer, as a reader, and as a human being, I just found it incredibly psychologically compelling,” Antosca explained. “I think that when you can’t stop thinking about a story, and when something seems too strange and too bizarre to comprehend, then it’s worth digging under the surface and trying to understand it from a different point of view.”

“I understand the conversation going on about true crime now, but you’re telling true human stories, and what is more interesting and what gets closer to the heart of what we tell stories for in the first place? Which is hopefully to understand and empathize with other versions of the human experience, and the questions of exploitation are very legitimate and something you have to keep in view,” Antosca said. “But the volume of superhero movies, I think, bothers me as a writer and an audience member more than the number of true stories being dramatized. Just from a writing point of view, I see so much richness in telling true stories about human beings. When you do that, it’s very, very important to do that responsibly.” 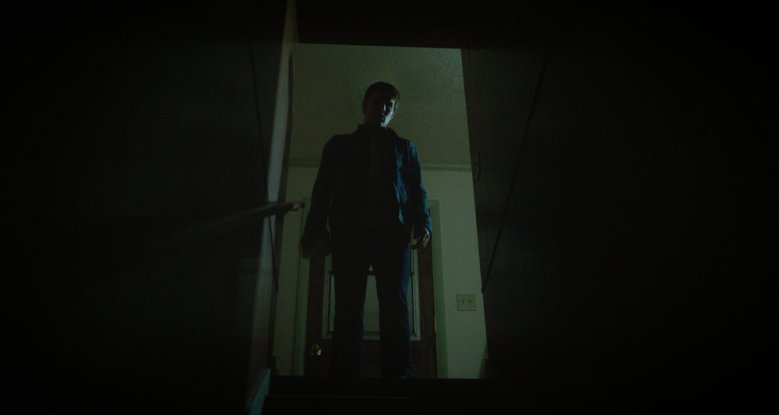 Lead Lacy recalled Antosca telling the cast that if Jan Broberg and Mary Ann Broberg were not involved as executive producers on the series, “A Friend of the Family” would never be made. Antosca was also adamant about not showing any of the abuse Jan endured as a teenager.

“I think he was like, ‘I have no interest, narratively, creatively, as a human, to create that. It doesn’t serve our purpose of what the story is,’” Lacy said at the series premiere at New York City’s Metrograph.

To IndieWire, Antosca confirmed, “Going into the idea of the show and the possibility of making the show, we always knew that we were not going to show anything onscreen or actually do anything that would feel exploitative or potentially gratuitous or uncomfortable. So we knew that the experience of making the show, and the experience of watching the show, needed to be one that would allow you to emotionally and intellectually process the enormity of what happened and all the different levels of the experience, without being overwhelmed by anything that felt exploitative. This particular true story can’t and shouldn’t be properly told without the participation and blessing of the people it happened to.”

Antosca detailed the importance of working with survivors when telling true stories, while adding it’s a rule of thumb on a “case-by-case basis” amid backlash to fellow “true crime”-labeled series like “The Thing About Pam” and Ryan Murphy’s “Dahmer.” 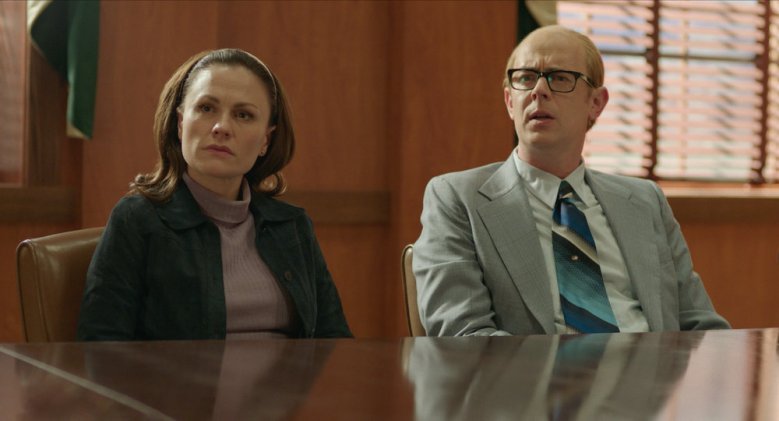 “I don’t think Truman Capote needed the Clutter family’s permission to tell that story [in ‘In Cold Blood’] with the surviving relatives. But I do think in specific cases, and the Broberg’s story is one of them, because there is a surviving victim who is 100 percent a victim, she’s alive, she’s an actress, it just seemed very clear in this case that you shouldn’t tell this story unless it’s going to be a positive thing for her and her family,” Antosca said. “It really depends on the case itself. If something happened 50 years ago and there are some relatives…people are entitled to their experiences and their opinions, but I do think it’s a case-by-case basis.”

Jan Broberg also introduces the series in the first episode.

The Berchtold family declined to participate in the previous Netflix documentary about the events; Antosca said he “respects their privacy” regarding the Peacock adaptation. “I imagine that it was a very difficult and painful situation for them. I don’t want to speak for them,” he added.

Mental health specialist Kim Whyte, who previously worked on Amazon Prime Video series “The Underground Railroad,” was available for the cast and crew of “A Friend of the Family” throughout production. Actor Lio Tipton, who plays Brother B’s wife, Gail, told IndieWire that there was a “sacred heaviness” on set when bringing this true story to life. Jan Broberg was in the writers’ room and wrote letters to cast members about her experiences with each person the cast portrayed. 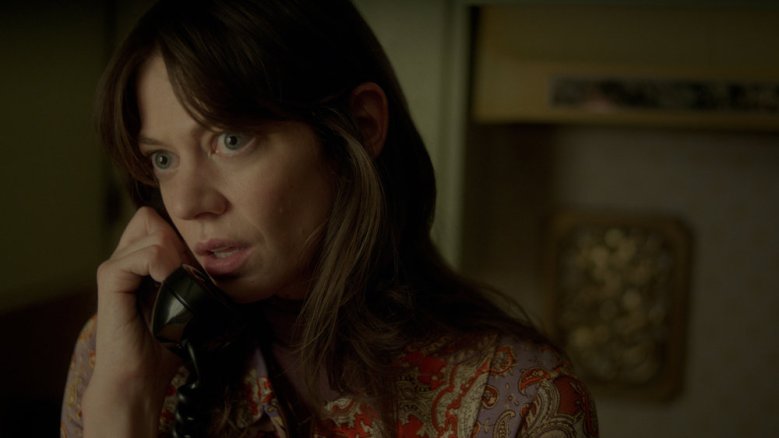 Tipton told IndieWire that they “never felt like it was a true crime story” while filming “A Friend of the Family.” Tipton also recently starred in B.J. Novak’s “Vengeance,” a takedown of desensitized true crime trends in pop culture.

“I associate true crime much more with how it did in ‘Vengeance,’ as a podcast, as something that you talk about with your friends over dinner, and desensitization is a big part of it,” Tipton, who identifies as non-binary and uses they/them pronouns, said. “I associate that with true crime with almost something distant and fictionalized. Obviously, it’s not. But ‘A Friend of the Family,’ I’ve never been able to put in that box because this isn’t about a whodunnit or trying to find the justice behind something. It’s much deeper than that, it’s much more personal than that.”

Tipton shared that the Broberg family’s involvement in the series proved to be a turning point in the true crime genre as a whole, under Antosca’s guidance. “This ending is positive because Jan is behind it. There is light. That is the message I think that is very, very succinctly different,” Tipton said. “This ending is not meant to cause this outrage or debate. It’s hard to even discuss with friends. You can’t be that casual with it. But it does open up a discussion and place for people with similar experiences because no matter what, no matter how ‘out there’ this story seems, it’s grounded in something very real and very sensitive for many individuals, not just this distant crime.”