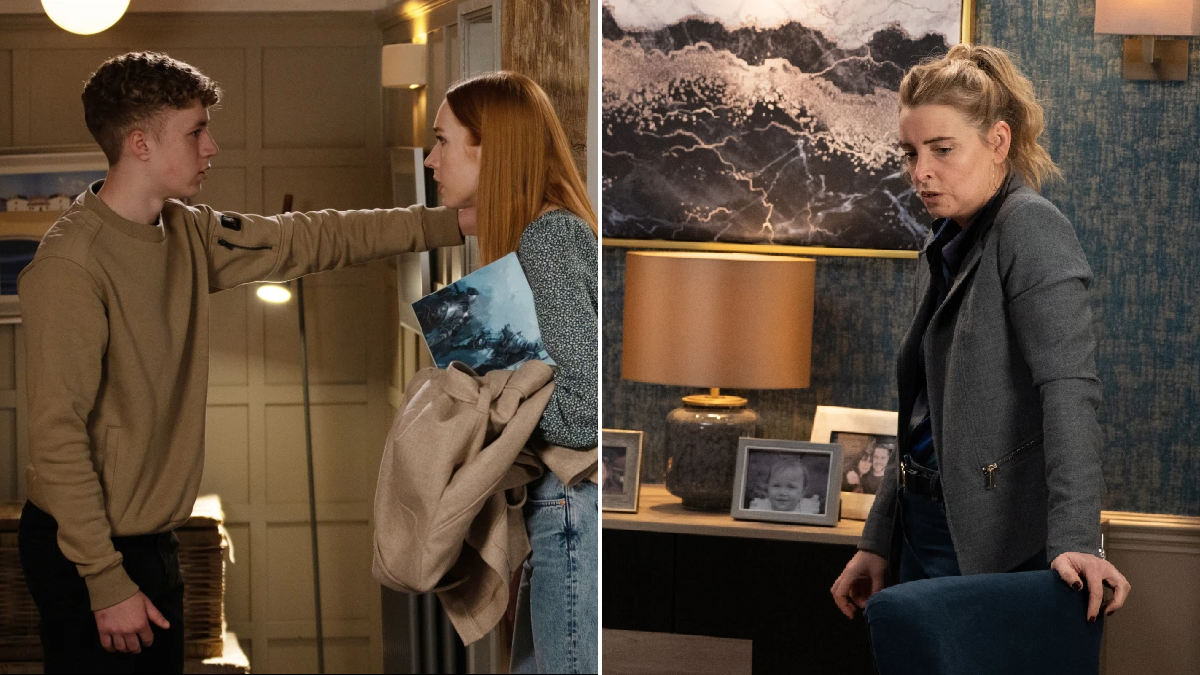 During the aftermath of Noah’s secret being exposed, Charity debated whether or not to report her son to the police.

Meanwhile, Noah attempted to flee the village but was caught by Kerry (Laura Norton), who got revenge by pushing him into an empty grave.

Tonight, it appeared Charity was ready to cover for Noah as she took his laptop to the scrapyard, ready to destroy it.

But when Kim (Claire King) arrived, she tried to change Charity’s mind.

Kim told Charity that covering for Noah will just turn him into a monster.

She also admitted that if she treated Jamie differently and reported him for his horrific actions (he poisoned his own mum), he might still be alive.

Knowing Kim was right, Charity watched as Harriet (Katherine Dow Blyton) arrived to inform Noah he needed to go to the station.

As Noah was taken into a police car, Kim arrived and told Charity she made the right decision by reporting him.

Charity certainly agreed with Kim, but feared the future as of course, she has broken the Dingle Code.