Putting a first-timer in charge of a modestly budgeted high-school comedy might sound like a marriage of convenience. But, insists Olivia Wilde, it was actually a match made in heaven.

“This is exactly the type of movie that made me want to make movies,” the 35-year-old star of House, Tron and Vinyl says of her debut feature as director.

“I grew up watching these kinds of generational anthems, like The Breakfast Club, like Fast Times at Ridgemont High, like Dazed and Confused and Clueless. These were movies that made me not only want to be in this business and tell stories through film, but also made me more excited about being young, more connected to my peers. And I wanted to make something like that for this generation.”

At its core, Booksmart is about best friends Molly (Beanie Feldstein) and Amy (Kaitlyn Dever), two uber nerds who realise on the very last day of high school that they’ve got it fundamentally wrong. While they’ve been knuckling down with an unwavering eye on the prize – a place at Yale first, then a seat on the bench of the Supreme Court – their classmates have been partying hard, and still getting into prestigious colleges. Ouch.

So, on the last night of school the girls decide to throw caution to the wind and join the party circuit, in matching navy-blue boiler suits. Chaos ensues.

Booksmart is riotously good fun. Plot-wise it most closely resembles another classic in the genre, albeit one Wilde doesn’t cite: 2007’s Super Bad, starring Jonah Hill and Michael Cera as the screen incarnations of writers Seth Rogen and Evan Goldberg. It’s surely no mere coincidence that Booksmart’s Feldstein is Hill’s younger sister. 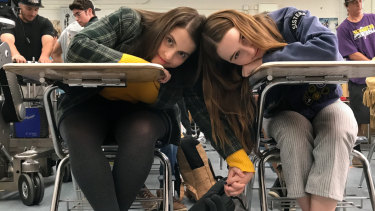 But things have changed since then. “This awesome generation is honestly so much more evolved than mine was at that age,” says Wilde.

So it is that the class of 2019 has characters who might look like stock types – the jock, the bimbo, the stoner, the spoilt rich kid – and at first that’s how Molly and Amy see them too. But over the course of the film they come to realise their classmates are much more than that – and so, too, are they.

“We wanted all of these characters at their core to be really kind people,” says Wilde. “There’s no villain. There’s no need for a villain. It’s just misunderstood people, people who’ve been put into boxes – and in some cases put themselves into boxes, like Molly and Amy have – and they really learn to accept the complexity of themselves and their peers.”

Perhaps the comedy Booksmart most recalls is last year’s Blockers – not because of the storyline so much as its tone and perspective. 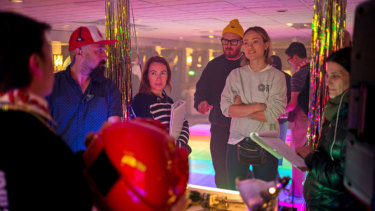 The teen comedy has tended to be a male-led genre, but Blockers – in which a group of female friends pledge to lose their virginity on the night of the school prom, while their parents, who have accidentally stumbled upon their pact, do everything they can to prevent it – flipped it. As raunchy and gross-out funny as any other entry in the field, it also managed to find room for a genuinely fresh and diverse depiction of young women taking charge of their sexual destiny.

Booksmart, which had been languishing in development hell since 2009 before Wilde and writer Katie Silberman got their hands on it, goes even further, with characters exploring their identity and sexuality across the spectrum (an open-mindedness that has, naturally, attracted ire from some easily offended commentators).

“We maintained the core idea of two female best friends at high school who were very smart, and then we transformed their journey and made it something that felt really right for this generation,” says Wilde.

The idea of not being boxed-in has particular resonance for the actor-turned-director. She was raised between America and Ireland and took her surname (she was born Olivia Cockburn) from Oscar Wilde, the Anglo-Irish writer who was jailed for his homosexuality in the late 19th century.

A natural blonde, Wilde has talked in the past about how people “used to be shocked … that I wasn’t stupid. I used to get these comments that I swear people thought were compliments. Like, ‘Oh! You’re smart!’ – like they couldn’t believe it.” 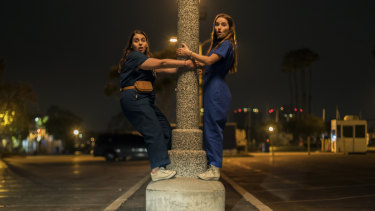 To me, she says: “I think a lot of actresses go through that experience of feeling like they haven’t been given opportunities based on who others assume they can play. For me that certainly happened. Being a young actress in this business is very tricky because everyone wants to make you an ingénue, and it’s a weird role to fulfil. An ingénue is supposed to be this universally beloved, idealised version of a woman, and I think that is uninteresting in so many different ways.

“As you get older you’re allowed to incorporate more complexity into characters. I always think of it as when you’re too old to play dumb this business gets interesting.”

Whether or not the business is quite ready for Wilde’s kind of interesting remains an open question. Buoyed by great reviews and audience responses at Sundance and SXSW, the distributors of Booksmart opted to release the film on 2505 screens in the US last month, a massive number for an indie film with no recognisable stars (other than Wilde’s husband, Jason Sudeikis, in a supporting role). 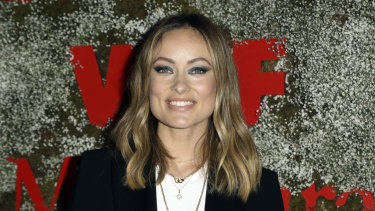 Olivia Wilde: ‘People used to be shocked that I wasn’t stupid.’Credit:Invision

With an opening weekend box office of $US8.7 million – the much-worse-reviewed Aladdin, on nearly 4500 screens, took $US91.5 million – that punt has now been deemed a failure. (Its box office has now risen to a not-entirely disastrous $US20 million.)

A raft of think pieces since have pondered whether this signals the end of indie cinema, which will henceforth have to live or die on streaming; whether the film fell afoul of an anti-feminist backlash; whether Wilde and co simply failed to get out the vote (the predominantly young female audience it was targeting); or whether the release strategy was just too much for a small film to bear.

Whatever the case, Wilde – whose direction is assured and imaginative enough to include a stop-motion fantasy sequence featuring naked dolls – is convinced she has found the ideal role at last.

“I discovered that my happiest role on a film set was as a director,” she says. “Now acting seems so luxurious. I had days on set where I was envious of the actors because they got to show up and just feel things and then go home, and I thought, ‘Well that’s amazing’. That’s what actors get to do, they get to dive into their emotions, they don’t have to do anything logistical or bureaucratic in any way.”

But while directing is where she wants to head, that doesn’t mean she’s entirely done with acting. Not yet, anyway.

“I look forward to continuing to act so that I can learn from other directors,” she says. “It’s the best way to learn, shadowing directors.”

Sounds pretty filmsmart to me.